‘The DNA of Formula 1’ is a phrase much used by Niki Lauda, with whom I conducted an interview in Montreal for the next issue of Motor Sport. It came up first when we discussed the vexed question of haloes/canopies for what have always been known – until now, anyway – as ‘open cockpit’ cars.

Through my lifelong love of motor racing I’ll happily admit to having always had a preference for cars in which the driver was visible. Long ago I asked the late Roy Salvadori which cars he had most enjoyed racing, and his reply was instant: “Anything without a roof, really! I mean, I loved driving the 3.8 Jags in the old days, but they were fast saloons, weren’t they? You couldn’t call them racing cars, and it was same with GTs, really. For me, a real racing car had to be open to the elements…” 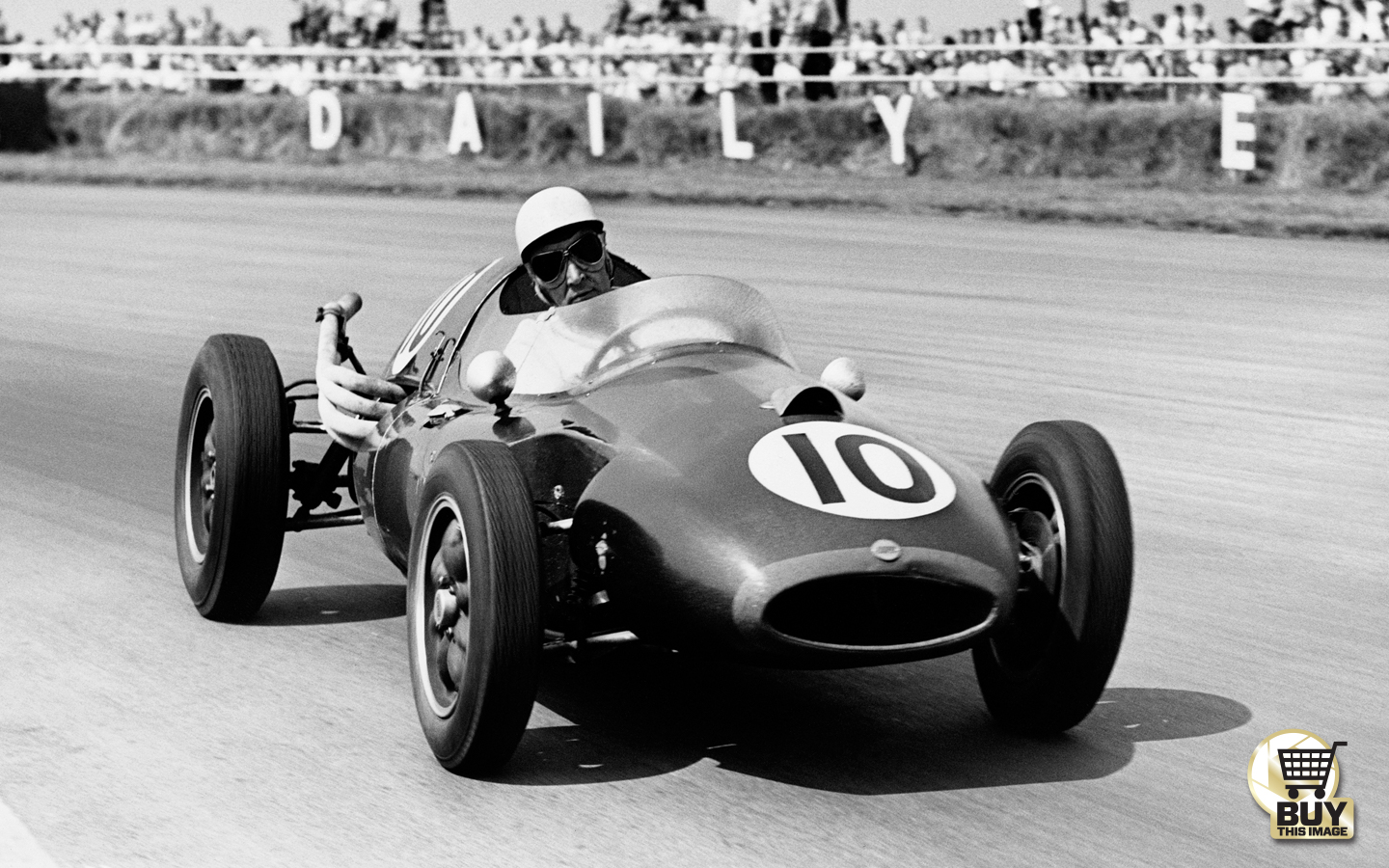 I was gratified by Salvadori’s response. As a kid I had loved Maserati’s 450S sports car, for example, but loathed the ugly coupe built by the factory for Le Mans in 1957. In more recent times it pleased me that for so long Audi stuck with ‘open cockpit’ cars in top-line sportscars.

Sports cars are one thing: even half a century ago, after all, ‘open’ Ferraris and Porsches were competing with ‘closed’ Fords and Chaparrals.

Single-seaters, obviously, were always a different matter. Once in a while – purely in search of more straightline speed – Vanwall and Ferrari, even Brabham, experimented with canopies at places like Reims and Monza, and to a man their drivers loathed them. “Horribly claustrophobic,” said Stirling Moss.

Now, though, it seems certain that the FIA will introduce ‘haloes’ – certainly for F1 cars – in 2017, and the likelihood is that IndyCar will bring in something similar. As a purist I am necessarily opposed to such things, and wrote as much in my newsletter in May: the response from readers was much as I expected, those of like mind fervently agreeing with me, those not castigating me for resisting a safety innovation.

Given what happened to Lauda at the Nürburgring 40 years ago, one might have expected him to be in the latter camp, but not so. Let me quote briefly from my next Motor Sport column.

“I think you were completely right in what you wrote,” Niki said. “If you go too far with these things, it’s no wonder that fewer people are watching these days. I think – in a very respectful way – that the DNA of Formula 1 should be maintained, and we’re slowly going to destroy it if we keep on inventing what are – for me – too many safety issues.

“Because of improvements in the cars and tracks, Formula 1 has never been as safe as it is today, so now the question for me is how far can we go on safety issues without losing the interest of the people? If someone says he wants to make $40m a year, with an easy car to drive, and no risk, this is not reality…”

When it comes to the introduction of haloes in F1, some drivers are in favour, others not – and the same appears to be true of the whole safety debate. When they saw the radical new street circuit in Baku, some immediately welcomed the challenge, while others were instantly preoccupied by the lack of the run-off areas they have come – Monaco apart – to take for granted.

“If it were anywhere but Monaco,” said a driver seeing the track for the first time, “it would be considered absurd, out of the question – but I guess it’s a little different, being where it is…” That was Phil Hill in 1959.

At the other end of the scale you have a place like the Michigan International Speedway, a scarily fast two-mile oval – Mario Andretti’s pole lap 23 years ago was over 234mph. “Any time you drove out of that place,” Bobby Rahal said to me once, “you felt like you’d won! And you know what? I think we need two or three races like that each year…” 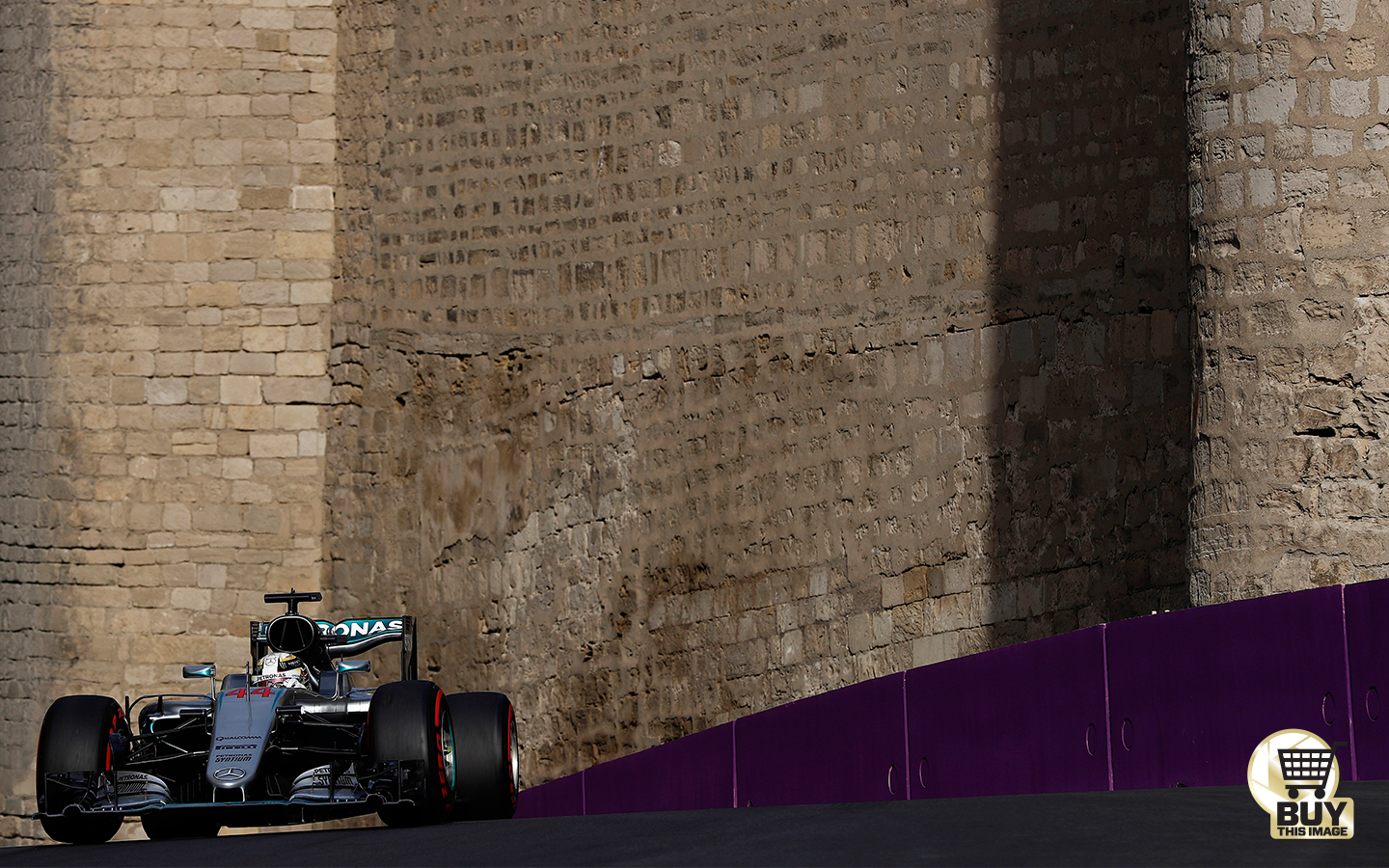 That remark would doubtless resonate with Lewis Hamilton, who may be ultra-contemporary in his tastes in fashion or music but is emphatically ‘old school’ when it comes to his job, in the sense that he prefers circuits where mistakes mean rather more than going over a white line into an asphalt run-off area. While risk is something that must be respected, the danger implicit in motor racing has always been for Lewis a major part of its appeal; just as it was for Stirling.

Nor is Hamilton alone in this. Interviewed last week at the FIA Sport Conference Week in Turin, Sebastian Vettel said: “The fact that the cars have become a lot safer is obviously nice for us, because knowing a little bit of history shows you that many years ago the drivers weren’t as lucky, and I think you need to find the right compromise.

“The ingredients of passion, speed, danger and noise are very important. We want to make the sport safer – we can’t shut our eyes if bad things happen. It’s a difficult balance, and it might sound wrong initially, but I think the sport in some way has to remain dangerous because that is what is appealing to people. If you lose that ingredient, they don’t sense any more that it’s something out of their reach – out of this world – and it becomes less exciting. I think racing should keep its core pillars.”

Even more forthright was Daniil Kvyat, speaking of racing at Baku. “At this kind of track you need to be brave, you need to use your balls, and it’s nice to see that – a track where you really need to attack on the limit, but knowing you can be punished really easily. We need to race more at circuits like Zandvoort and Imola – places where you need bravery.

“Abu Dhabi isn’t bravery – it’s driving like a robot. You brake too late, you lock up, and you’re upset that you lost your lap – but there’s no pressure about going off and smashing your car. This is what our sport is all about – it’s an extreme sport, a dangerous sport – and I knew that was part of it when I signed my contract.”

Kvyat’s remarks reminded me of a conversation last year with a kindred spirit, Kevin Magnussen. “You know,” he said, “I’ve never been to an ‘old’ track that I didn’t like. They’re more fun than modern circuits, and one thing that definitely makes them better is when there’s no run-off – just grass and a wall or a tree or something. Everybody has a brain, so you know if you go off it’s going to hurt, and obviously that makes it more challenging – OK, of course we don’t want to get hurt, but no matter how you look at it, it’s a choice: the safer you make it, the less exciting it is. It’s as clear as that.”

I thought back to something else Lauda said. “The drivers know what risks they are taking – other people worry more about them than they do themselves…”