With the clock ticking to settle the spec of Formula 1’s 2021 brave new world, FOM’s Ross Brawn says a solution is getting closer 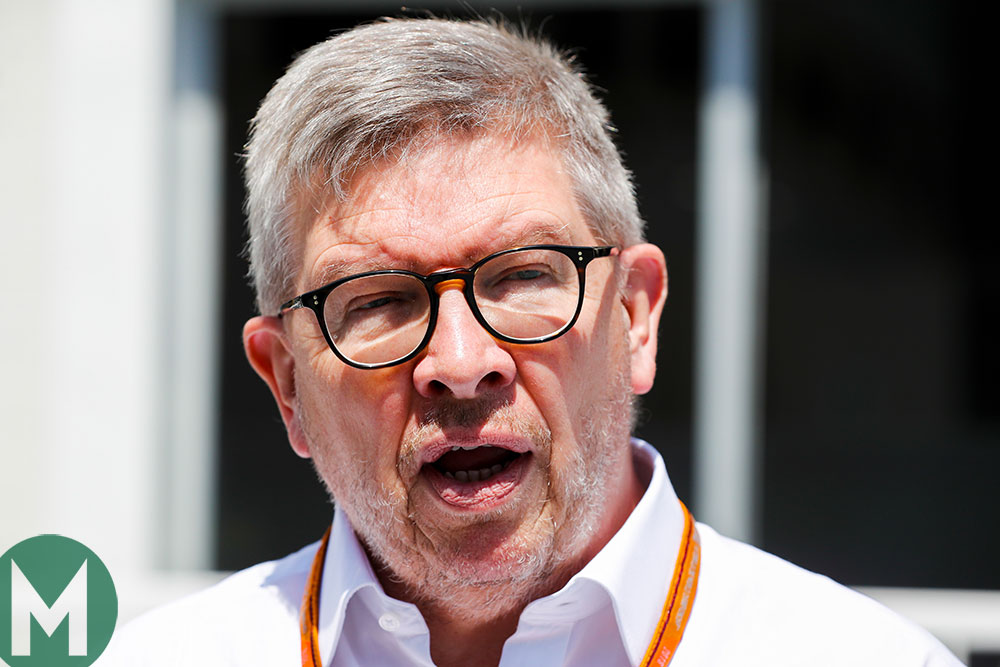 Netflix’s Drive To Survive, a fly-on-the-wall Formula 1 series, will be available to households very soon. It’s a beautifully-produced peek beneath the skirts of the sport.

It isn’t particularly revelatory, but just fills in the colours of the people in the garages, on the pitwall and in the cockpit in a way that doesn’t get seen in the immediacy of race coverage.

Each 45-minute episode goes with a theme and is a stand-alone picture; you don’t need to have seen the previous one and it isn’t chronological. But there are some recurring characters.

Sweary Günther [Steiner] from Haas is sure to become a bit of a cult figure, for example. You get to see what the Sainz household looks like as the three Carloses (there’s a cousin as well) spend some downtime there. You can see the nervous anguish on the face of Daniel Ricciardo’s mum as a race gets underway; watch how he is with her and his dad afterwards.

It’s fast-paced and exciting in its story-telling; there’s no dry documentary commentary to pull the story along, it has to do it on its own, using the action as the jump-off points. Even for the most hardcore of purists it will be a guilty pleasure, but is sure to pull in a lot of those who wouldn’t necessarily bother to watch a race too.

It’s been done in partnership with F1 itself – and is the most concrete development yet of how Liberty is trying to reach out and project the sport in a way that’s not really been done before. Ross Brawn hosted the launch evening and was able to bring us up to date with what is happening behind what has been criticised as inaction in developing the sport.

“People may say there’s nothing happening; it’s not true. I can genuinely see there has been enormous progress in the technical and commercial negotiations for 2021 and beyond,” says Brawn.

“But Chase [Carey] has always been clear he wants these negotiations to take place as quietly and privately as possible. These negotiations were always going to be tooth and claw and I never thought they’d be anything but; getting 10 teams to be aligned on governance, regulations, revenue, cost caps is taking time. But it is progressing.”

The sporting code demands that the 2021 technical regulations have to be in place by the end of June and Brawn is confident they will be ready by then – at the latest and possibly before. The commercial side of it is more involved.

“With the cost cap we are never going to be in a situation where we will issue definitive regulations on a set date,” Brawn continues. “The topic is too complex for that and as it evolves we will refine it.

“Each team has different priorities. We are talking to each team individually and we’re trying to find our way through to the best solution for everyone and there’s been an enormous amount of progress on that, I promise you.

“It’s tough discussion because obviously the teams that have the money want to keep it and those who don’t, want more. But it’s about finding a fair balance. We know if we have a more equitable revenue distribution we have a better F1. That’s just a fact.

“And we should remember how we got to this situation; not all that long ago it was much more fairly distributed but where it all got distorted was before the planned IPO [stock exchange floatation] when the top teams were recognising the situation and making the most out of it, giving us this situation.

“There’s just too much disparity between top three or four teams and the rest. There’s a group of teams who in theory could finish last and still earn more than the team that wins the world championship. That doesn’t seem right.

“We have to recognise the special case of Ferrari – their history, the unique place it has in the sport but we also need to find a balance. All the other teams recognise the importance of Ferrari. But you’re never going to attract new teams when you have such an unfair distribution.

“Logic will have a fair part in the solution but Ferrari are special, we all know that. And everyone understands they need to be treated respectfully.”

Brawn gives the impression that getting agreement on the technical regulations seems almost light relief by comparison to the commercial aspects. He is hugely excited about the aero regulations coming into play for 2021.

“What we will see with this year’s changes are just a tiny snapshot of what is coming,” he adds. “The teams have engaged in this really well. They are all participating in a managed programme where they’re each taking different aspects and we’re asking them to carry out research and combining that with the work we’re doing to give an enormous depth of research.

More: F1 to air documentary of 2018 season on Netflix

“If we go back a step, I’ve heard it commented we should get rid of the wings and downforce and just rely on mechanical grip and the cars will be able to race each other. The problem with that is they’ll be slow.

“The speed of an F1 car is what takes your breath away and we don’t want to lose that. We want it to be the fastest racing car on the planet and you can only do that by harnessing aerodynamic performance.

“What we need is for the downforce to be delivered in a way that the cars can race each other. Overtaking can sometimes be used as the measured of success but in fact close racing and the ability of cars to run close to each other and run side by side, get close in attack, is what everyone gets excited about. 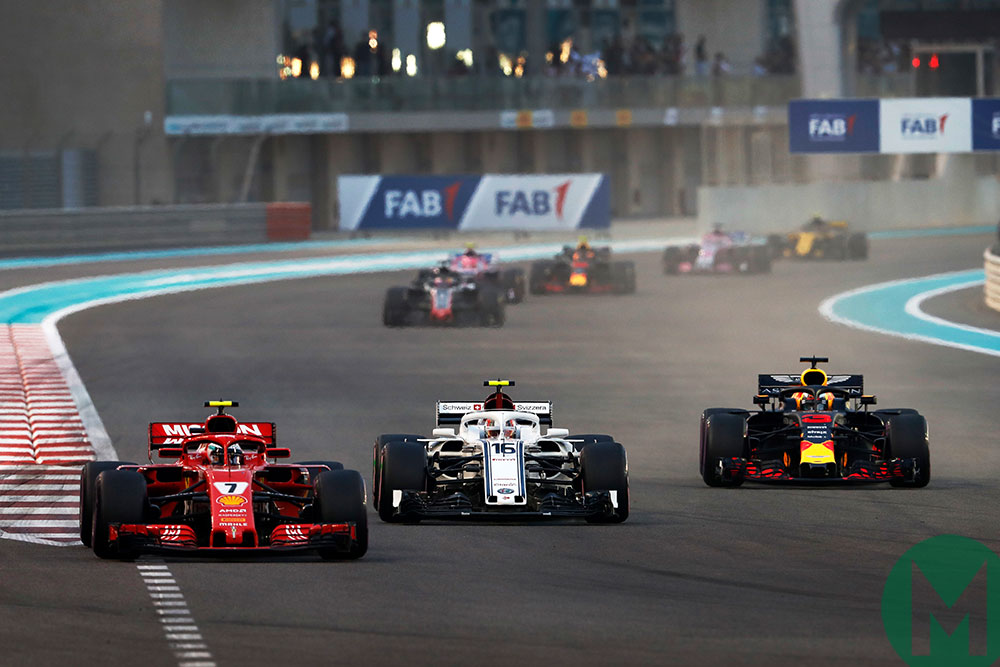 “Even if ultimately it doesn’t result in an overtake being achieved, if they’re fighting each other, it’s good. So 1) We need to close the differential between the cars in terms of overall performance. We have divisions 1 and 2 at the moment and we need to stop that.

“We are moving a number of elements on the car which don’t engage the fans. Technology should be exciting and fascinating for the fans.

“Then 2), once the cars are close to each other they need to be able to race. There is a massive difference already. With the current cars, once you are two car lengths behind you lose 50 per cent of performance. The car we have under development is a huge improvement on that. Huge.

“It’s a commercial approach and a technical approach that will bring a better F1 and so we’re doing both in parallel. Everyone would like to see it happening more quickly or more visibly, but when it’s done it will be done correctly.

“I’m still enthusiastic. I have my bad days like everyone. But 99 per cent of the time I see it going forward.”