Sebastian Vettel is just one major incident away from a race ban, but should he earn one, Fernando Alonso may be waiting in the wings 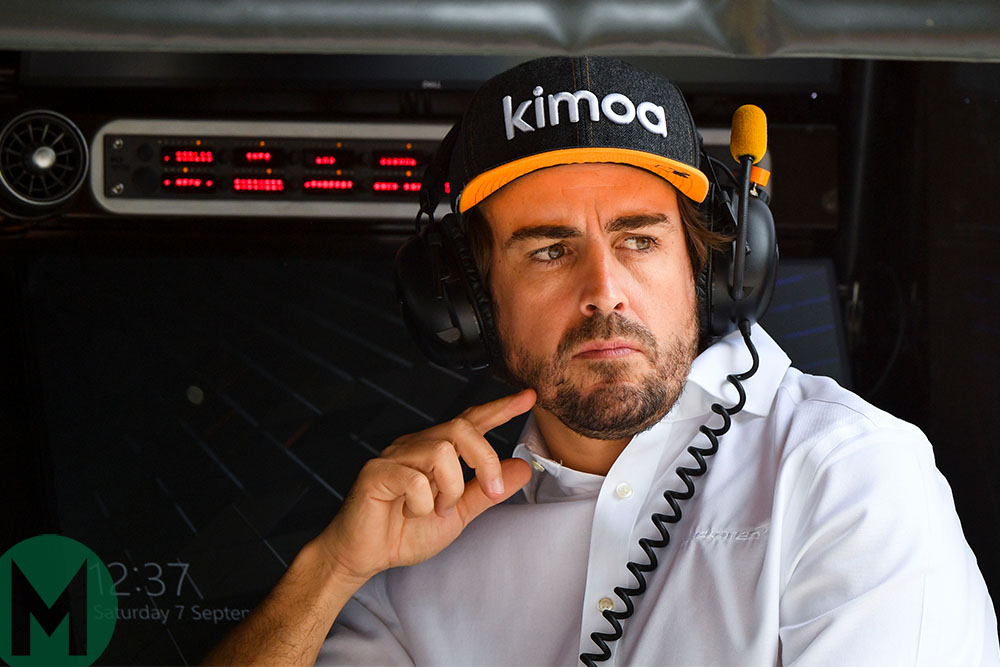 One to think about? Ferrari could take Alonso back if Vettel receives a ban Photo: Motorsport Images

In the next three races, Sebastian Vettel cannot afford to risk another three-point penalty, for that would take his total to 12 – at which point an automatic one-race ban kicks in.

The three points he received for the dangerous way he rejoined the track at Monza after his spin at Ascari are added to three he got at Silverstone for his collision with Max Verstappen at Vale and those slapped on him at Montreal for the manner of his rejoining the track after sliding onto the turn 4 grass.

The Montreal points will be spent after Suzuka, giving him a little more headroom. But it effectively means he needs to be racing at Singapore, Sochi and Suzuka under extreme caution – not an easy thing to do. Situations happen in racing.

Should he receive a one-race ban, who would Ferrari put in his car? Of the four Ferrari reserve drivers, only two have F1 experience: Pascal Wehrlein and Brendon Hartley.

They may opt for one of those two. But hang on, isn’t there a double F1 world champion not doing much at the moment and harassing Ferrari’s Mattia Binotto relentlessly for a future drive? Imagine the sensation if Fernando Alonso were to stand in. Imagine the irony too, as he would be (temporarily) reclaiming the seat that Vettel took from him. 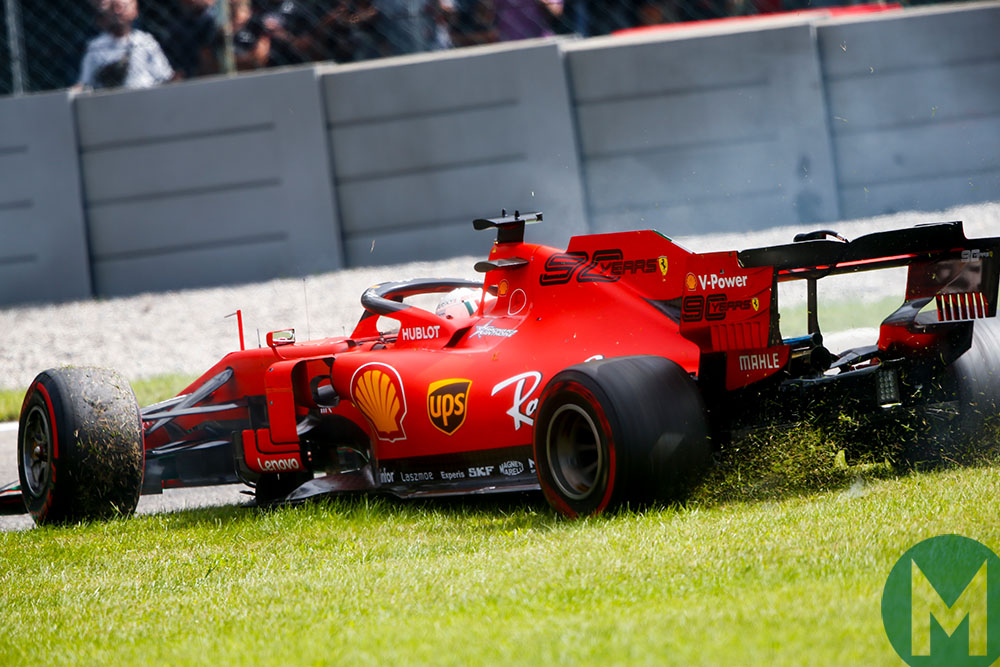 The latest in a long line of mistakes, Vettel rejoins after spinning at Ascari Photo: Motorsport Images

But how would he do? Getting up to speed in a strange car after being out for a whole season? Against the incumbent Charles Leclerc, flying high on confidence after his recent breakthrough successes? It would be a very tough assignment, but you can be pretty sure Alonso would accept it.

Longer-term, what are his chances of getting back in a red car? He spoke at Monza of being hopeful of finding a seat for 2021, by which time he will be 40 years old. He could still be competitive. But would a top team really be tempted? And what would be the point if it wasn’t a top team?

The more that young talents like Verstappen, Leclerc, Lando Norris, Alex Albon and George Russell shine, the less compelling the case for Alonso becomes. He may be raging against it, but the light is probably going to start fading soon.

But it’s such a bright light, it could still retain enough energy to out-shine younger contenders.

There was a time back in 2001 when Michael Schumacher, at the height of his powers, would not have seen the 20-year-old Spaniard in the Minardi as a likely threat.

But within two years that threat was very apparent and within a further two, he was driving around Michael’s outside at 130R at 208mph. Alonso in 2021 will be much the same age as Schumacher when he made his ill-fated comeback in 2010.

Could Alonso do what Michael couldn’t by winning again in his 40s? Given the chance, yes he probably could. Will that chance ever arise?

Unless Seb can help, probably not.