If Fernando Alonso leaves F1 in 2019, could he be replaced by Kimi Räikkönen? Grand Prix editor Mark Hughes looks at the possibility 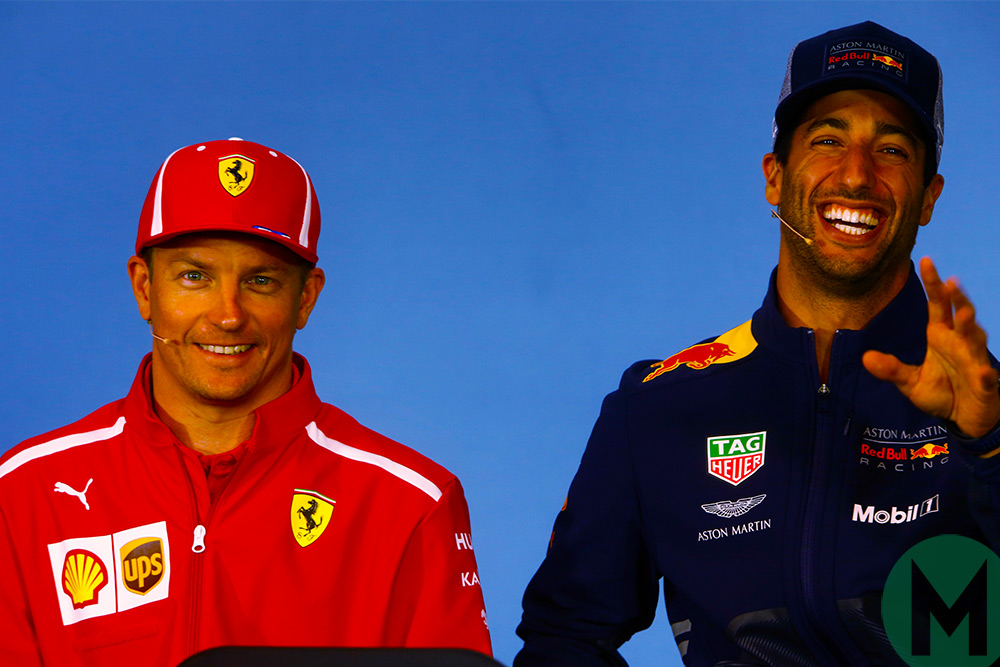 It was mentioned almost as a throwaway line a few weeks ago: that if Fernando Alonso decides to leave Formula 1 next year and if Ferrari does not renew Kimi Räikkönen’s contract, could there be a place for Kimi at the team he left a dozen years ago? In Austria, after a slow burn, the story has ignited.

The choice of driver is never only about performance. Particularly for teams not running at the front, getting a ‘name’ driver widely known to the public is always valued very highly by the marketing side of the operation. This was a deciding factor at McLaren a few years ago with Jenson Button winning out over Kevin Magnussen to partner Alonso. Similarly, Button’s marketing value probably got him the nod for an extra year in F1 over Stoffel Vandoorne. There’s even a case to be made that a team running at the front – Ferrari, say – can more readily run a quick but relatively unknown driver because the car will be quick enough to make him a household name soon enough. McLaren unfortunately, is no longer in such a position.

Hence, a very serious offer is believed to have been made to Daniel Ricciardo. Obviously, it’s unlikely he will accept it. But Räikkönen – in a different phase of his career with his major achievements already behind him, and uncertain about whether Ferrari will retain him over Charles Leclerc – surely sees the attraction of an extra season or two in F1.

It was a story he could so very easily have shut down dead when asked directly about it in Austria this weekend. Instead, he became unusually animated and irritated – without shutting it down.

“I think it was in 2007 I said I would finish my career at Ferrari and obviously at some point [2012-13] it didn’t look like that and now it looks like that again,” said Räikkönen. “But you never know what comes, this and that, always a lot of talk and I’m not really happy to comment on that. We’ll see, including me.”

Pressed further about McLaren, he said, “I spoke with them for sure, but in the past obviously when I used to be there. You can put yes or no. The media usually write what you decide yourself, whether it’s true or not.” The question was clearly hitting a nerve and it seemed to suggest that, at the very least, the idea has been discussed.

The prospect raises all sorts of obvious questions. Would it be conditional upon Alonso leaving F1? Does any Räikkönen discussion and the offer made to Ricciardo indicate that McLaren has already been informed by Alonso that he will not stay? If Alonso did stay, would Räikkönen drive alongside him? The last time they were paired – at Ferrari in 2014 – Alonso comprehensively outperformed him, even more so than Sebastian Vettel is doing now. What of McLaren’s young guns Vandoorne and Lando Norris? What are the chances that Ferrari will choose not to renew Räikkönen for another year? Leclerc is, after all, still a raw rookie despite his very obvious potential. What if Ferrari made Kimi an offer for an extra year but he decided he’d prefer a two-year McLaren deal, so forcing Ferrari to promote Leclerc?

It seems remarkable that a driver in his 17th year of F1 and a decade past his great days can still be a significant factor in the driver market. Stranger things have happened. Fernando Alonso returned to McLaren, for one.