For all of this season, Lewis Hamilton has been trying to protect himself from what he saw as the biggest threat to his seventh title: Covid. In a season in which two drivers have missed races through being forced to isolate after testing positive for the virus, Hamilton has been obsessive in his precautions.

He has stayed in his motorhome during the European races rather than hotels. There has been no eating out. He has not seen his family until, with the title within his grasp, he allowed his father Anthony to come to the track and share some moments.

Earlier in the year, he talked of how in some respects, doing lots of quick-fire events in a compressed period of time and staying in the motorhome invoked happy memories of his karting days. But it came with some challenges. “It’s a real test mentally for me personally,” he said. “I don’t know how it is for you guys, maybe you’re seeing your families and stuff, but I’m not. But as you can see, I’m focused and as driven as ever, and it’s a marathon, not a sprint. So I just keep my head down. I know that I’ll get to enjoy myself a little bit more at the end of the year when nothing’s particularly at risk, and I can hopefully be with family then.” 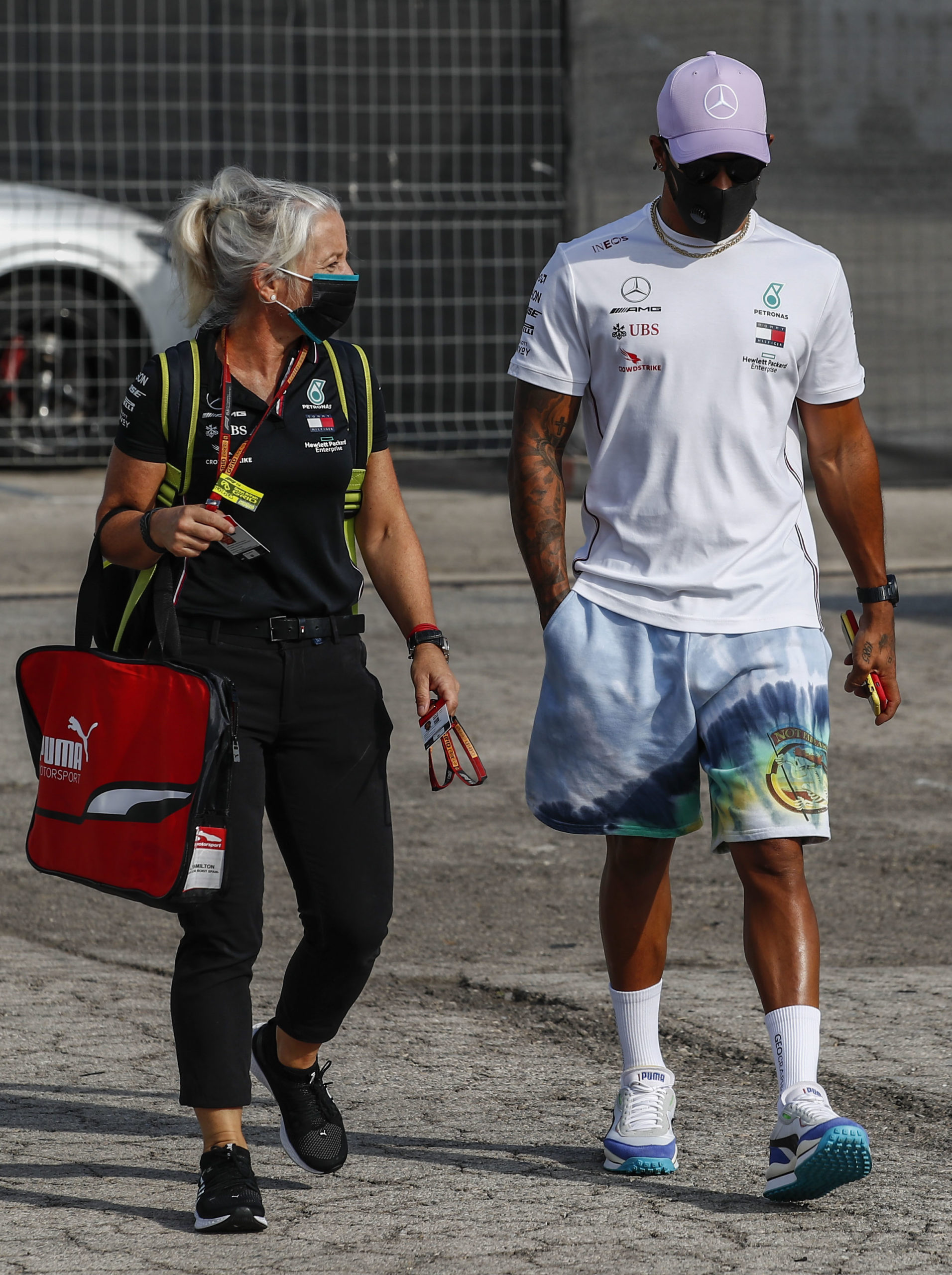 It’s been not quite solitary, however. In between races he has limited his bubble to his physio and trainer Angela Cullen. Last week, at Istanbul, he spoke how after Imola had brought the European leg to an end, he got to stay in one place for a week for the first time all year. He reflected on how it has been in between the blockbusting sequence of (so far) 10 victories from 14 races. “Thank God for Angela. I mean, she’s got a family and I’ve tried to get her to go home to her family as much as possible. But it’s not easy to spend time with anyone I think for long periods of time, but we’re room-mates and you know, pretty much best of friends. So we work well. And pretty much we do everything together. We always skydive together, we surf together, we run together, we go to the gym, we do everything pretty much. We do yoga together, meditate now. So we’re very much aligned in terms of things we like to do.

“We are both on a plant-based diet, so we’re learning a lot together and there’s things I raised that she maybe didn’t know and vice-versa. This year I’ve not really been home. In the winter I go to the mountains, which I really see as my main home, because it’s a house and it’s full of love and memories from people and the family comes every winter. Where I’ve lived, in Monaco, it’s been somewhere I go back to and I’d call home but it lacks those memories. I’ll be there for short periods of time.”

But this more focused existence has brought benefits, he believes. It’s allowed him time to further analyse previous weaknesses, given him more time to reflect on the car and his own performance during a race weekend. “I’ve had lots of different things to focus on. I’ve managed to find myself very comfortable on my own but managed to find peace and, as I said, being centred and happy. And I’ve been able to focus on weaknesses in my training.” 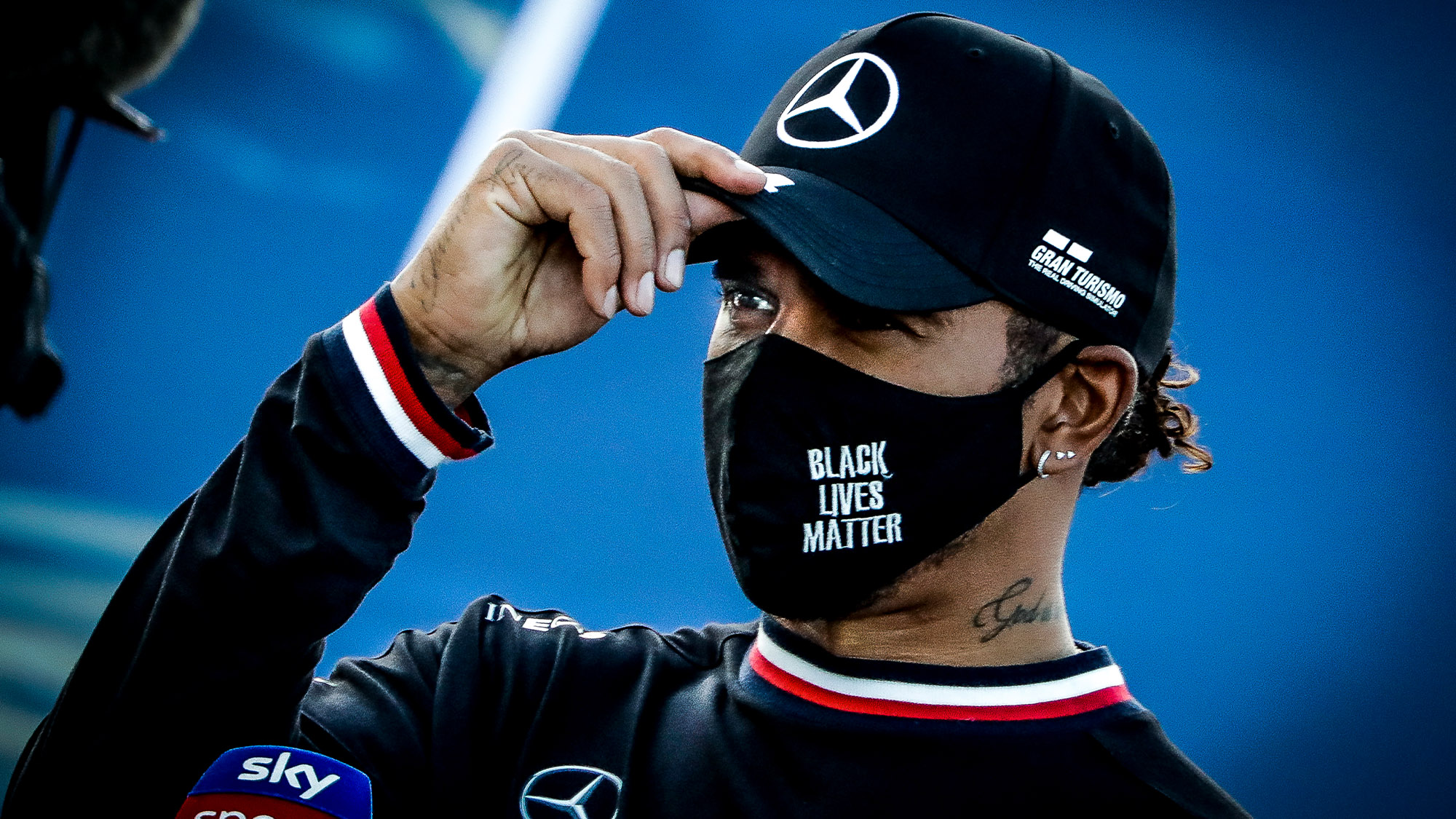 Some of that time has been devoted to his causes and his stepping up of his campaigning role in the black lives movement in particular, is not unconnected with the pandemic. “It’s something I’d already planned to step up, back in December,” he says, “but when I saw that [George Floyd] video I could not stay silent… that video everyone could see in plain sight and it brought up a lot of anger and pain for me in previous experiences growing up… Not being at work has given a lot of people more time to understand the magnitude of the problem and allow them to protest. This is not a battle of one race against the other. This asking for equality. Martin Luther King was fighting this 60 years ago and it’s crazy that 60 years later it’s still happening.”

If the campaigning has had any effect on his focus in the race car, it has not been apparent. This, he feels, has been his best seasonal performance to date – and he still wants more. “I feel like I’m just getting started,” he said after the victory in Turkey. “The more I race, the more I feel like I’m getting better. I think I’m understanding myself more. I know what I want from the car. I know what buttons to push. During a race I’m constantly tweaking my driving style. It’s like trying to find the right numbers to put together to be able to get you through the corners in a way that is faster than everyone else. That mathematics, that algorithm, never seems to stop.”

Although he would like for his contribution to his campaign issues to be more significant than his unparalleled racing success, his hunger for more of it should keep him around for a while yet, even if that 2021 contract has still to be signed. “I just want to make sure that whilst I’m here, I have a positive impact. And the racing is all good and everything. But there’s a lot of issues and there’s a lot of things to do… I love this planet. It is so beautiful. There’s so much beauty around us. But I don’t want my time here just to be for fun. I want to help and have some positive impact.”