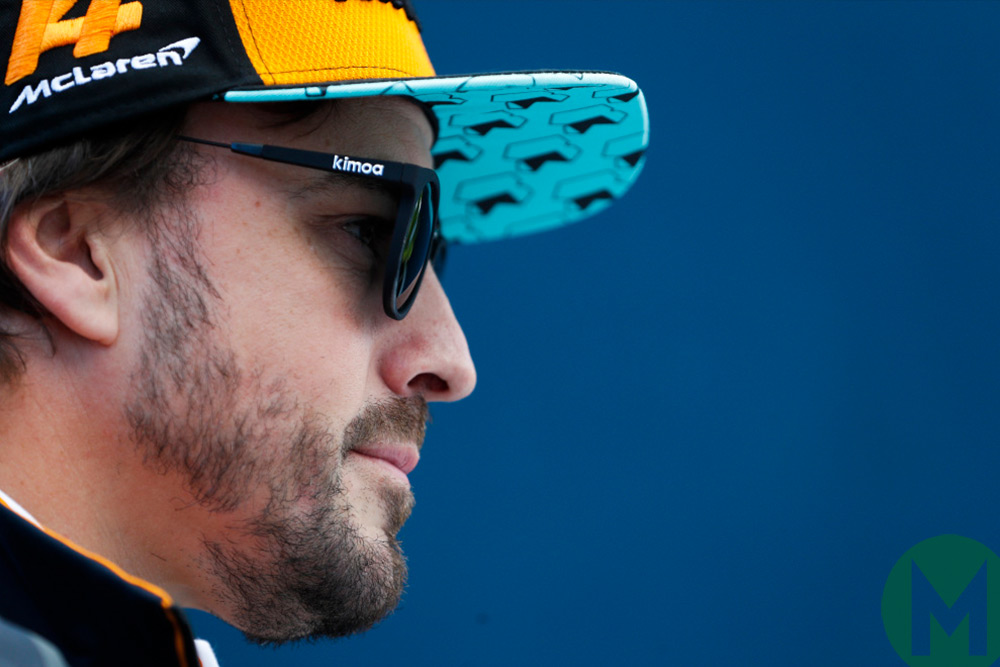 The firmness with which McLaren recently rebuffed Toro Rosso for the services of its contracted test and reserve driver Lando Norris reflects the uncertainty about the future plans of Fernando Alonso. The Red Bull junior team was seeking to place the young British F2 driver alongside Pierre Gasly for next year. But McLaren requires Norris’ 2019 availability for duty in the orange cars.

As things stand, he looks a sure bet for a seat there – but whether as team-mate to Alonso or Stoffel Vandoorne depends entirely upon Alonso.

Although the contract extension he signed last year was described at the time as ‘multi-year’, it seems there is a break clause in it after year one – ie this year. Now that engine parity with Red Bull has revealed the McLaren rebuilding programme as vastly more complex and time-consuming than hoped, does Alonso – at 36 years old and this weekend competing in his 300th Grand Prix – have the desire to spend the next few seasons in pursuit of something that looks as far away as it ever was? Could he face another two or three years fighting for seventh places?

His back story means that despite his status as arguably the best driver on the grid, there isn’t going to be a place for him at any of the current top three teams any time soon. Returning to Ferrari would be politically near impossible; Toto Wolff has zero interest in pairing him with Lewis Hamilton at Mercedes because of how that would change the internal dynamics; and Red Bull looks increasingly likely to continue with the Ricciardo/Verstappen line up for some time to come.

At present, there looks relatively little prospect in the medium term of any other team joining that trio’s ranks as potential race winners. Maybe the reset button of 2021 and the budget caps will change that, but in driver career terms that’s an age away – and the clock is ticking. Alonso’s hope coming into this year was that the Renault motor would give him a McLaren with a Red Bull level of performance – but at around 1.5sec per lap away, that’s been exposed as mere wishful thinking.

So what does he do? He loves racing deeply and the passion he still brings to fighting over lowly placings – would anyone else have brought that car back to the pits at Baku, deliberately making contact with the barrier four times as the only way to get the car turned? – is remarkable. But how long can that fire be fuelled with no prospect of clawing his way back to the front?

Let’s assume he wins Le Mans next week – and Toyota seems to be doing everything in its power to ensure he does. The triple crown then becomes tangible. Does he opt for an IndyCar programme to increase his chances of taking that Indy 500 victory? Such a result would be less of a sure thing than his Le Mans prospects, but let’s say he achieves that too to join Graham Hill as a world champion, Indy 500 and Le Mans winner (the Monaco GP instead of the championship is a later bastardisation of the original, though both would qualify by either definition).

Then what? Quietly retire? He gives no sign of losing desire – so that makes no sense.

So, does he continue with McLaren? But with the stipulation that he repeats his 2017 programme of missing Monaco in order to take part in the 500? That would seem the logical outcome of his dilemma.

In which case, Vandoorne may not have a seat next year – and Norris gets one hell of a challenge to be measured against in his rookie season.