Some team-mates are being trounced, others are behind only by bad luck: Mark Hughes examines the intra-team qualifying scores after seven races of the F1 season

After seven races the qualifying scores between team mates are poised at an interesting place in that we’ve had a significant number of races and of an odd number (seven) so guaranteeing there must be a numerically leading driver in each team.

The scores are at four levels, ranging from outright dominance over a team mate to closely-matched. But the underlying form behind the numbers varies considerably. The four levels are as follows: 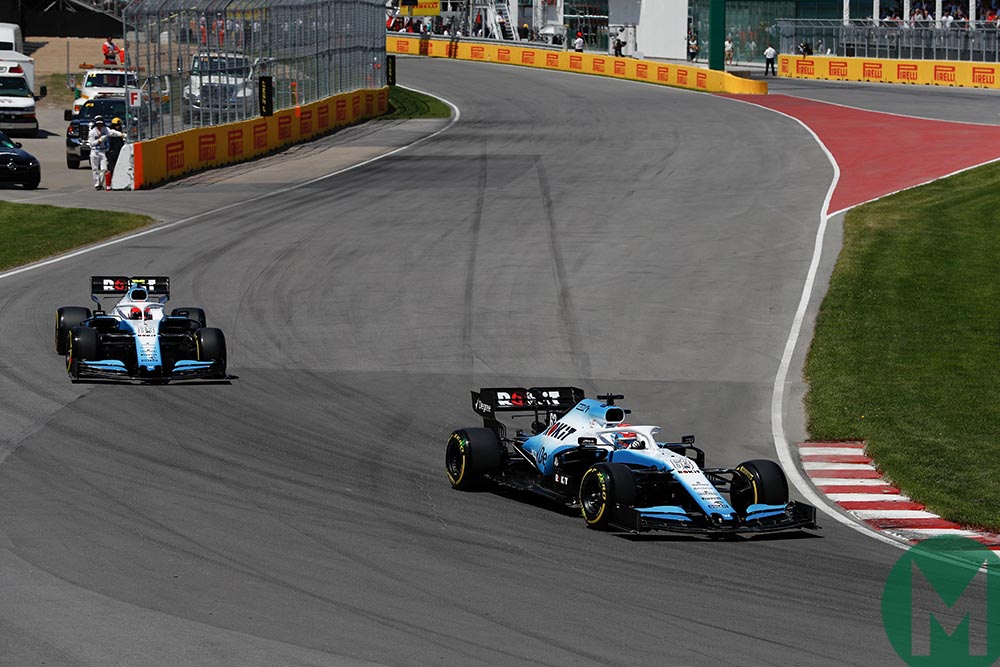 There’s a degree of ambiguity about Russell’s dominance over Kubica if only because of the difficulties Williams has encountered in getting both of its chassis performing to the same level. This is to take nothing away from the rookie Russell who has performed flawlessly, but certainly in the first four races there was an inconsistency between the two cars – and when they swapped over during either practice sessions or the Bahrain test, the same car remained quicker regardless of who was driving it.

This difference should have been eradicated with the building of a new chassis for Barcelona but Kubica is still reporting anomalies. At Monaco Kubica appeared generally to have an edge, quicker run-for-run, until the final one in Q1 when he encountered traffic on his out-lap. In Montreal Russell was faster by an unusual degree amid more concerns from Kubica about his car’s behavior. The verdict remains out on Kubica’s comeback.

Stroll’s form at Racing Point this year is something of a mystery. While it’s no surprise that Perez is the team’s cutting edge, Stroll’s form has been erratic and error-strewn. He’s twice beaten Perez in the races aided by better (or luckier) strategy, and is closer on average qualifying time than is Kubica to Russell, but either there’s something about this car that he’s not gelling with or Perez is performing to a higher level than Felipe Massa was alongside Stroll at Williams. 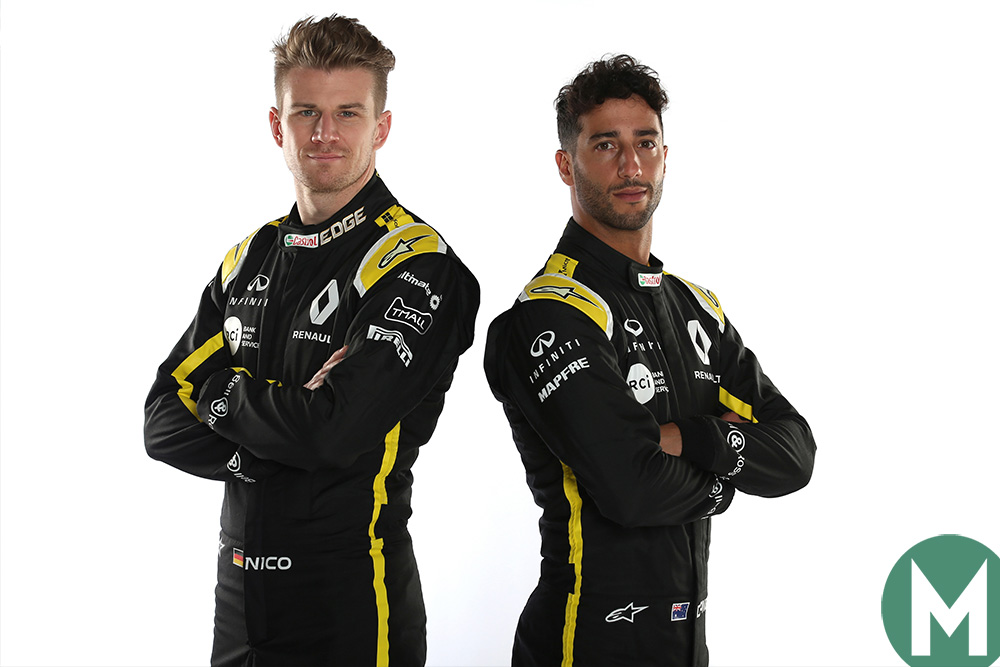 Daniel Ricciardo struggled initially to get the best from a Renault with very different traits to that of his previous Red Bulls but the numbers disguise this as Hülkenberg hit mechanical problems at two of those crucial early-season events where he was otherwise generally a few tenths quicker. Since Baku, Ricciardo’s adaptation has come on a lot and he now looks once more like one of the elite handful. His qualifying lap in Montreal was stunning and left Hulk a little breathless.

In this group, Max Verstappen’s score actually underplays his performance advantage over his team-mate while at Ferrari and Renault the score is slightly flattering to the lead driver. Gasly’s single time ahead came in Montreal as Verstappen was caught out by the red flags in Q2, otherwise Max has had a consistent two or three-tenths advantage. The RB15 is a tricky car, with traits quite different to those Gasly’s been used to, but this is not a long term sustainable level in such a demanding environment. Being Max Verstappen’s team-mate is one of the hardest gigs in F1.

At Ferrari Leclerc took himself out of contention at a track where he was quicker (Baku) and then had a team misjudgment take him out of the reckoning at Monaco at a venue where he was at least as quick. The score could easily be reading 4-3 in Vettel’s favour rather than 6-1. But it ‘s clear that for all his great natural speed, Leclerc’s data banks are still relatively empty and this has resulted in a certain inconsistency that was also evident in his raved-about rookie season at Sauber last year. But under the Ferrari spotlight they are noticed. 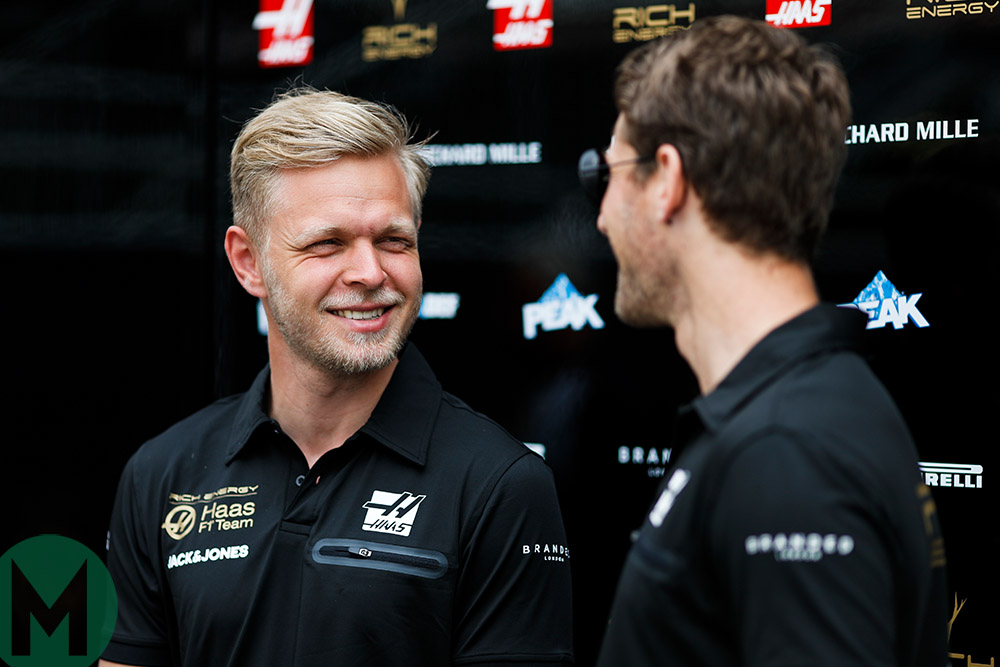 The usual pattern at Haas over the season is if the car understeers Magnussen is generally more consistently quick than Grosjean and this has been the case so far this year as the team has struggled to get the new thin gauge tyres working. But the moment they get the car working properly, don’t be surprised to see Grosjean discover his normal couple of tenths advantage.

Giovinazzi is not gelling with the Alfa properly and has been ahead of Raikkonen genuinely on raw underlying pace only once (in Canada). He appears to be not in tune with it, forever chasing and reacting rather than feeling. It could be as simple as getting a better communication with his race engineer but he’s done nothing as yet to guarantee he stays the course beyond this year.

The pattern at Toro Rosso has often been that rookie Albon – a very naturally talented, oversteer sort of driver – improvises his way around the track faster than Kvyat from the moments the wheels are turning, but come qualifying hasn’t progressed the car enough, in contrast to the now very experienced Kvyat who is performing better than ever.

The up-specced ‘Bottas 2’ has been giving Hamilton genuine competition more consistently than in the past. He’s invariably ahead on low grip surfaces, but when the grip is there Hamilton can still conjure the vital edge.

At McLaren, the scores should really be transposed. In underlying pace Sainz has usually been quicker. In fact in Montreal he had a consistent half a second advantage over the rookie Norris but messed up his only Q3 lap. On a good day Norris is as quick as his more experienced team mate but twice Sainz has been taken out of the reckoning by plain bad luck and yellow flags.