Although Mercedes was expected to lead both practice sessions on Friday of the British Formula 1 Grand Prix, Ferrari may have turned the tables 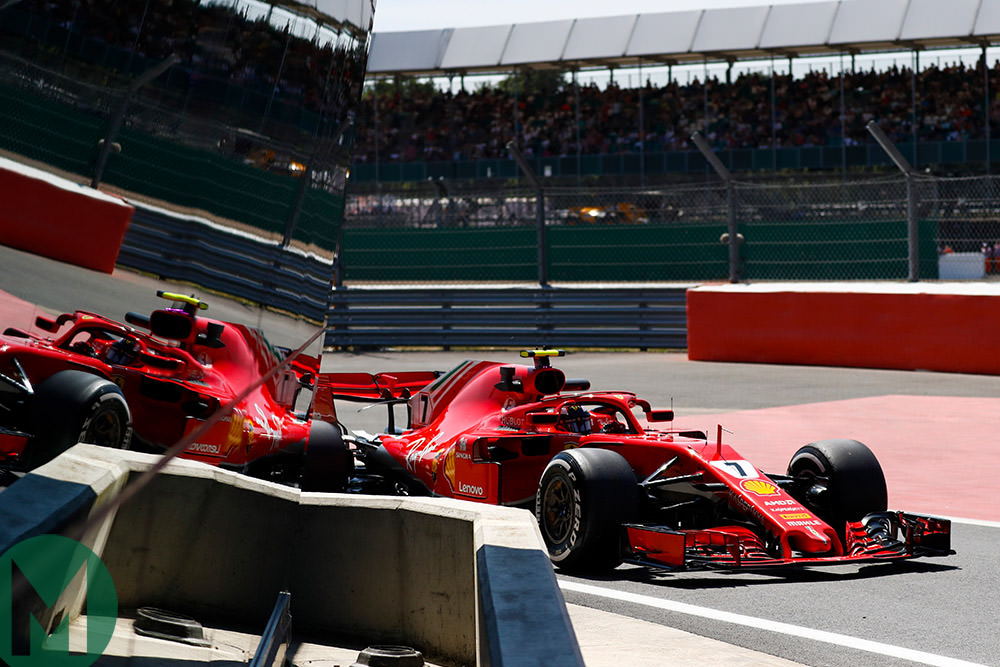 A very interesting Formula 1 Grand Prix Friday practice session played out at Silverstone.  The new Mercedes that made its debut last week in Austria was expected to set the pace around a track tailormade for its traits, but in one-lap pace was actually a couple of tenths off Sebastian Vettel’s newly-updated Ferrari. Let’s be careful with that comparison – we cannot know the respective fuel loads – but what is pretty clear from practice on both short and long runs is that the Ferrari is nothing like the tyre-wearing struggler it was around here last year.

Sebastian Vettel and Kimi Räikkönen did longer runs than anyone on both soft and medium tyres and ran competitively fast. Mercedes did slightly shorter long runs – which will always flatter the average stint time. Lewis Hamilton averaged fastest, around 0.3sec faster than team-mate Valtteri Bottas, with Räikkönen around 0.5sec adrift. We didn’t get a direct comparison with Vettel – as he ran his long run on the medium tyre.

It also looks as if Red Bull is struggling again, just as is was on Friday in Austria (but look what happened there!). Max Verstappen took almost no part in FP2 after crashing out at Luffield and the burden of tyre comparison thus fell on Daniel Ricciardo, who on a shorter soft-tyre run, averaged over 1sec adrift of Hamilton’s stint pace after lapping 0.9s adrift of Vettel in qualifying simulation.

It had been expected that Red Bull’s fast corner performance might help it claw back time lost to engine power and higher drag. But it seems that with this year’s cars, corners like Copse, Abbey and Maggotts are so easily flat for everyone that they are effectively just part of the straights. In which case the Red Bull’s downforce is costing too much drag around this track.

Ferrari’s update is extensive, with extra longitudinal slots along the floor to better seal it – and changes to the diffuser to reflect the new flow created by the better seal. Ferrari traditionally uses a more conservative engine mode on Friday and is thus rarely fastest. But on this occasion, it seems the team wanted to properly stress the tyres around a circuit running in excess of 50deg C and expected to remain so through Saturday and Sunday. Austria last week had looked not to be a tyre-limited track during Friday practice, but the increased track temperatures of race day made it so. There has thus been a greater emphasis on this – particularly after Ferrari’s difficulty with the thin gauge tyre in Barcelona (although it was fine with this tyre in Ricard).

In short, this looks set to be a very much more closely-contested competition between Mercedes and Ferrari than looked likely on the back of Mercedes’ France and Austria speed. Ferrari’s update may just have swung the balance yet again.