After one of Honda’s best race weekends since its return to Formula 1 in 2015, a perfect partnership with Red Bull seems ever closer 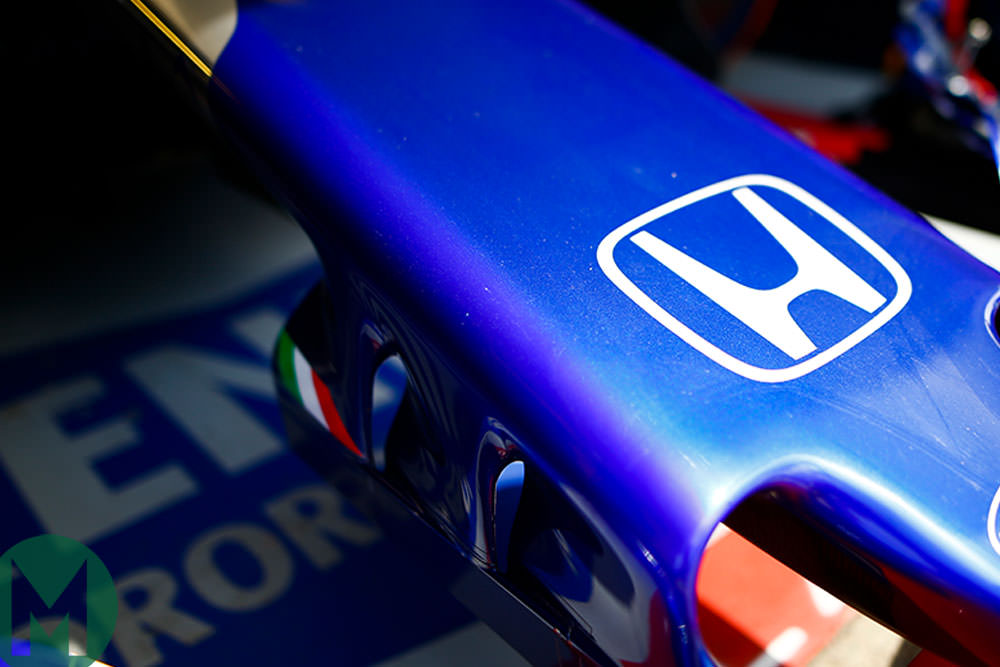 Honda’s engine upgrade, as delivered to Toro Rosso in Montréal, must be judged a massive success.

The upgrade came on schedule and it delivered a great big chunk of lap time. Its effectiveness was made quite easy to measure after Pierre Gasly’s unit was removed from his car for qualifying – because of something the Honda engineers saw in FP3 and wanted to check on – and replaced with a pre-update engine.

Team-mate Brendon Hartley kept the upgraded unit and proceeded to lap 0.6sec faster than Gasly in Q1. Some of that was to do with Gasly not getting a good preparation lap for his tyre temperatures because of traffic – but no more than a 0.15sec according to the team. The rest of it was the difference in engine specs, something that seemed to be confirmed in the race as Gasly – with the upgraded engine now refitted – came through from the back row of the grid to be pushing Leclerc’s Sauber for the final point in the race’s closing stages.

Although there was no real result at the end of it (Hartley went out on lap one after a collision with Lance Stroll’s Williams), this was probably the best race weekend for Honda since it returned to Formula 1 in 2015. The upgrade has put it on power parity with the also-upgraded Renault, it seems reliable – and it’s laid the foundations for a future partnership with the senior Red Bull team.

The expectation is that Red Bull and Honda will announce a two-year partnership (taking it to the end of the current formula), probably in the lead-up to the team’s ‘home’ Grand Prix of Austria. It’s not difficult to see the logic of it from Red Bull’s position. The Honda ‘works’ deal comes with a considerable injection of cash, it places Red Bull absolutely central to the engine manufacturer’s campaign and promises a level of co-operation and integration that’s impossible to achieve as a customer – which is what Red Bull is with current supplier Renault.

Given that there is never going to be a current Mercedes or Ferrari unit in the back of a Red Bull chassis – that would be a crazy thing for either of those factory teams to allow – a deal with Honda is the best thing Red Bull could hope for.

Furthermore, it will be getting the engine just as the performance of all the power units is finally beginning to converge in what will be the sixth year of the turbo-hybrid formula. So, it might even be that Honda eats into the deficit it still currently has to Mercedes and Ferrari.

For Honda, it will be a fantastic development. It will suddenly find itself paired with arguably the best team and the best chassis (though Mercedes and Ferrari would take issue with that) on the grid. Possibly with the best driver line up on the grid too.

For a manufacturer with such a painfully embarrassing first three years in the formula, it’s an incredible result.

While the prospect of the Honda boffins and Adrian Newey working together to create something very special is exciting, there are also surely very clearly-defined danger areas to the relationship. Newey is renowned as a designer who will push to extremes to get the ultimate aerodynamic layout. His CV includes a Leyton House with not enough room for the drivers’ feet and a McLaren with a Mercedes engine that was super-fast but – because of the stipulation he’d imposed on Mercedes – a crankshaft so low that it couldn’t be made reliable.

Now consider that a similarly extreme push for aero real estate from McLaren was very much part of Honda’s initial difficulties there.

The ‘size zero’ concept of having the turbo in the vee quickly became an obsolete layout because of efficiencies in the hybrid systems improving enough to justify far bigger turbos than could be fitted. Even after that concept was abandoned for last year, vibrational problems that limited the performance could have been fixed, say Honda, if only the problem mechanical components had been allowed a little more space.

It has been given that space this year at Toro Rosso; the relationship is much more give-and-take than the boxed-off boundaries with McLaren ever allowed. Will Red Bull be able to repeat that sort of relationship while still achieving the aerodynamic performance for which its cars are renowned?

And if there is a power shortfall, will the team be able to assimilate that into it being a joint problem rather than a ‘Honda’ problem? This was something that was never achieved in its time with Renault, even when it was officially the French manufacturer’s factory team (from 2010-13). But it’s arguably less the brash new kid on the block these days, perhaps annealed by its experiences.

Although McLaren and Fernando Alonso might disagree, it would be the most fantastic result for F1 if these two cast-offs from broken marriages were to find in each other the perfect partner.