Red Bull could do without Fernando Alonso’s reputation for causing internal chaos, but then again, it’s best equipped to deal with the two-time Formula 1 champion 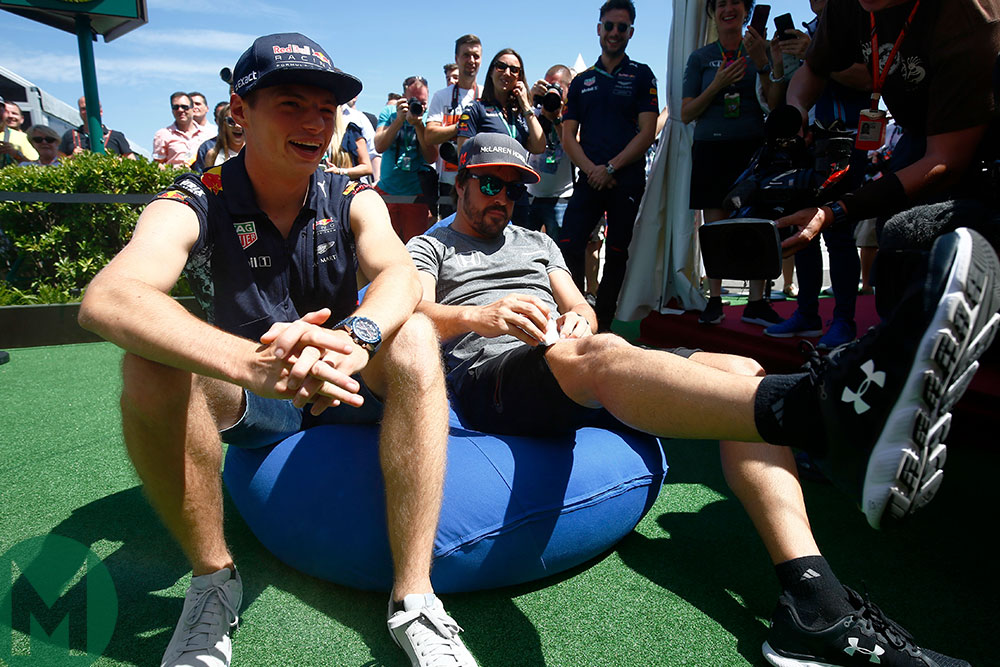 Christian Horner, on Formula 1’s official podcast, dashed the hopes of many fans when he dismissed any suggestions that Fernando Alonso might fill the currently vacant 2019 Red Bull seat alongside Max Verstappen. “I’m not sure it would be the healthiest thing for the team for Fernando to join,” he said. “Our preference would be to continue to invest in youth than take a driver who is obviously close to the end of his career.”

Quite aside what Red Bull’s engine partner Honda might make of being teamed again with the driver who was so public in his criticism of their engine for three years, Horner has been turned off by Alonso’s reputation for bringing internal turbulence: “He’s tended to cause a bit of chaos wherever he’s gone.”

It’s an unfortunate reputation and one that has made his F1 career less than it might’ve been but it’s based on only two relationship breakdowns – with Ron Dennis at McLaren in 2007 and with Ferrari in 2014. In each case it was from his own interests conflicting with those of the team.

At McLaren first time around he felt Dennis was not keeping promises he’d made to Alonso when he was enticing him there – namely that he’d be the number one driver, an assurance that Dennis had probably felt comfortable making given that he was planning to run him alongside a rookie. But when the rookie showed himself to be of much the same calibre and fully capable of fighting Alonso head-to-head for the championship, Dennis was in an awkward position. And refused to call Lewis Hamilton off. So Hungary 2007 happened: ‘fuel burn-off gate’ (Hamilton) followed in retribution by ‘pitlane gate’ (Alonso), followed by ‘swivel-gate’ (Hamilton) and ‘FIA laptop threat’ (Alonso), the latter as a threat to Dennis if he didn’t find a way of de-railing Hamilton’s title campaign and concentrate on his instead. He even offered some helpful hints as to how Dennis might do it – like run him out of fuel somewhere. The fallout from Alonso’s actions that weekend was disastrous for the team and for Fernando himself. In fact, you might even argue that it has defined the fates of them both to this day.

The two seasons he didn’t serve at McLaren after his contract was annulled were spent treading water at a much-reduced Renault team, as he waited for the availability of the Ferrari seat. Once there, he drove as magnificently as ever and for all but the last race of 2010, the honeymoon period was in full bloom. But as a team insider at the time observed: from the moment of that title-losing catastrophic strategy call in Abu Dhabi, Alonso stopped being part of the team’s fabric, began to act as if it was not serving him well enough. It was this that ultimately turned Luca di Montezemolo against him and towards recruiting Sebastian Vettel instead. “A fantastic driver, probably even the best,” said Luca of Alonso in 2015, “but he gave the impression that if he was in a Mercedes he would be winning everything and that was demotivating for everyone at the team.” As Alonso believed he was negotiating how long he might stay there, Ferrari was, in reality, using the negotiations as delaying tactics as it waited to see if Vettel’s release clause from Red Bull would be triggered by the set date. So for the second time, Alonso lost a top drive, not through his performances but his behaviour in a motor sport where there aren’t all that many top drives.

He’s a very singular character – but if a team understands this going in, it gets the benefit of a driver who could still win titles in a competitive car and who can put a less competitive one in places it shouldn’t be. He is as relentless as ever, as any number of destroyed team-mates could tell you.

Red Bull, with Max Verstappen on board and a couple of strong candidates from within its own system for the other seat, can understandably do without Alonso. Yet of all the top teams, this is the one that could most easily accommodate the sort of internal pressures that he brings. As its Vettel/Webber and Verstappen/Ricciardo flare-ups showed, it can more easily shrug off the inevitable flash points of running two absolute number ones. There’s somehow less weight and consequence to the organisation that’s a rather simpler racing entity than the more corporate environs at Mercedes and Ferrari.

Ironically, of the top teams, it’s Red Bull that could best employ the services of the magnificent enigma that is Fernando Alonso. But don’t hold your breath.