F1’s own attempt at ranking the fastest drivers of the last 40 years has involved probably the most sophisticated algorithm yet at this sort of thing. It’s almost certainly a very robust model mathematically.

“We’ve extrapolated this and we’re quite proud of it,” said Ross Brawn, “and I think it stands scrutiny and it’s controversial and we will get lots of debate around it and maybe we will refine it. I don’t think people are laughing at it. I think it’s caused plenty of debate. I think once you understand the methodology then people will start to understand.”

Given the calibre of people involved, I can take it on trust that the methodology will have been flawless. But there’s still a distinction to be made – and this is always where these lists short-circuit – between the calculation and what it signifies, between the map and the territory. Especially when comparing between eras. Because the calculation is assuming that the units of lap time carry the same currency in any situation. And they absolutely do not.

Would a chess master beat you at noughts and crosses by the same margin he’d beat you at chess? Would he even beat you at all in the simpler game? Yet you could measure it in both instances, express it in percentages of games won over a tournament. These percentage numbers would ostensibly be measuring the same thing, be expressed in the same way. Yet they wouldn’t carry anything even remotely like the same currency. Say he beats you 55 per cent in the noughts and crosses games, and 100 per cent at chess. That’s just 55 per cent of a game that’s easier by a factor of multiple thousands and means next to nothing.

Mansell was giving away 0.54sec a lap to Prost just by his physical size. Do you include that in the algorithm?

So, taking that principle but with a slightly reduced weighting, how do you go about comparing the difference in team-mates in one era compared to those of a later era when it was much more feasible to get close to the optimum lap time? Because of:

Is a 0.5sec superiority over a team-mate in an earlier era worth as much as a 0.5s advantage over a team-mate now? No. To acquire that advantage now would be much more difficult – because the lesser driver has access to way more resource and understanding than did the lesser driver in the earlier era. He will always get closer to the ultimate than the equivalent driver in the old era.

The effect of this will be to flatter the faster driver of the older era and flatter the slower driver in the modern era. Hence we have a comparatively huge Senna advantage over Hamilton (with the between-eras Schumacher in between) and we have Heikki Kovalainen – presumably on the basis of his relatively small qualifying deficits to Lewis Hamilton as a team-mate and close comparison with Jarno Trulli – in at number 8 in this latest list, Alain Prost at number 20 and Nigel Mansell not at all. 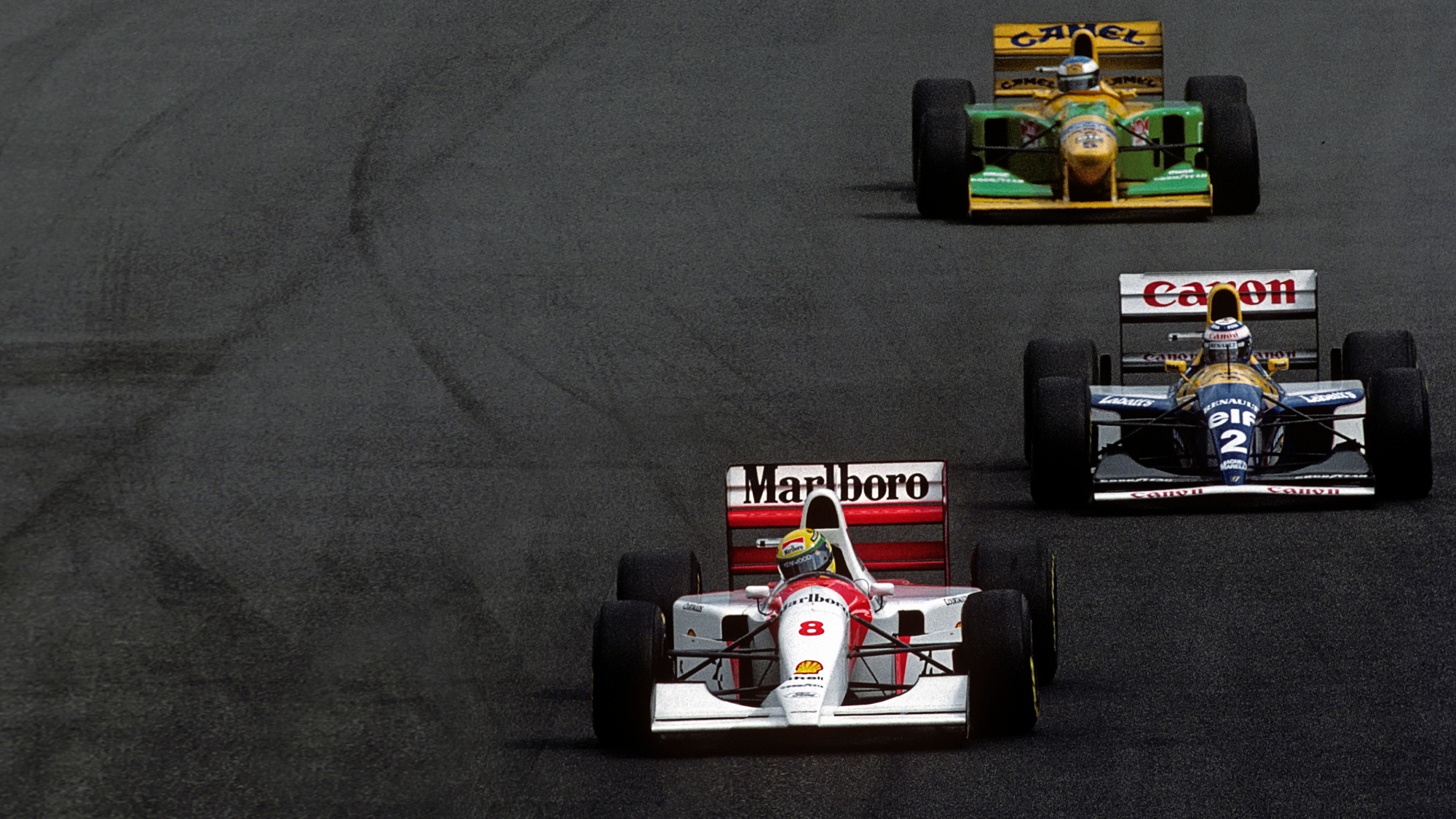 The debate used to be fuelled by beer and crisps; now analysis and an algorithm has been used in an attempt to identify Formula 1's fastest driver of the past…

I could pretty much guarantee that peak Prost or Mansell would comfortably eclipse peak Kovalainen were it possible to bring them together. This is purely about the currency of lap time. Any given time difference between team-mates has entirely different weightings according to the circumstances. How would you even begin trying to encapsulate that into an algorithm?  Now, let’s consider driver weights. It’s only since 1995 that the minimum weight included the driver weight. Up until that time, it referred to the car only. So if you were heavier than the lightest guy, that was raw lap time you were giving away to him. Take the case of Prost and Mansell paired together at Ferrari in 1990. Their average qualifying lap over that season was almost identical to the hundredth of a second. But Prost weighed in at 59kg, Mansell at 78kg. A difference of 18kg would be worth around 0.54sec. That’s how much Mansell was giving away to Prost just by his physical size. He’d need to drive the equivalent of 0.54s better just to get to the same lap time. Do you include that in the algorithm? On the other hand, Mansell’s greater upper body strength was probably worth lap time through the fast corners in the days before power steering. But how much? As much as 0.54sec? Probably not, but how much less? Later team-mate comparisons would not be skewed by these factors. So how can they be compared through the eras?

There is almost an infinity of other factors that raw statistics cannot take into account in something so complex as F1, especially through the eras. If we had perfect knowledge of every one of those variables, then yes, they could be fed into an algorithm. But they can’t and never will be.