Formula 1 is working on new rules for closer racing from 2021 but at the moment, one key factor is keeping Mercedes, Ferrari and Red Bull at the summit 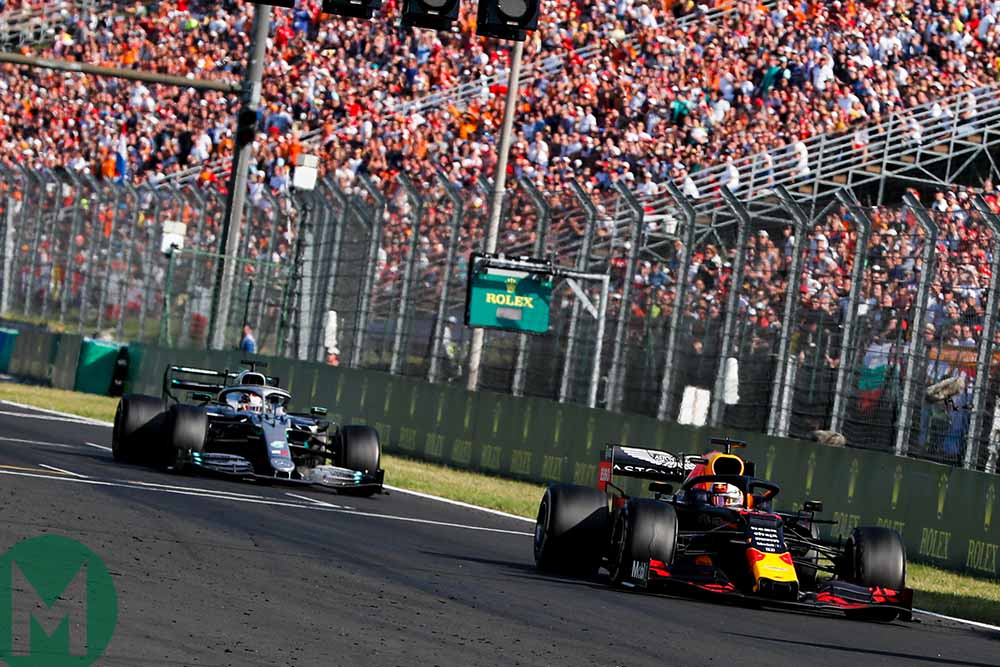 Formula 1’s new rule set is aiming to close up the performance spread of the field Photo: Motorsport Images

There’s quite a lot of intrigue about how the post-summer break part of the season might pan out, given a) how hard Red Bull was challenging Mercedes in the last four races and b) how the next two venues of Spa and Monza are perfectly configured to heavily reward the Ferrari’s strengths and minimise the importance of its weaknesses.

But one thing that is not going to change is the performance gap between those three teams and the rest.

The graph illustrates quite clearly the big chasm that still exists. The bottom line represents how close the best of the ‘Class B’ got to pole at each race (with Haas best of the rest four times, McLaren three, Renault and Alfa Romeo two apiece and Racing Point once). 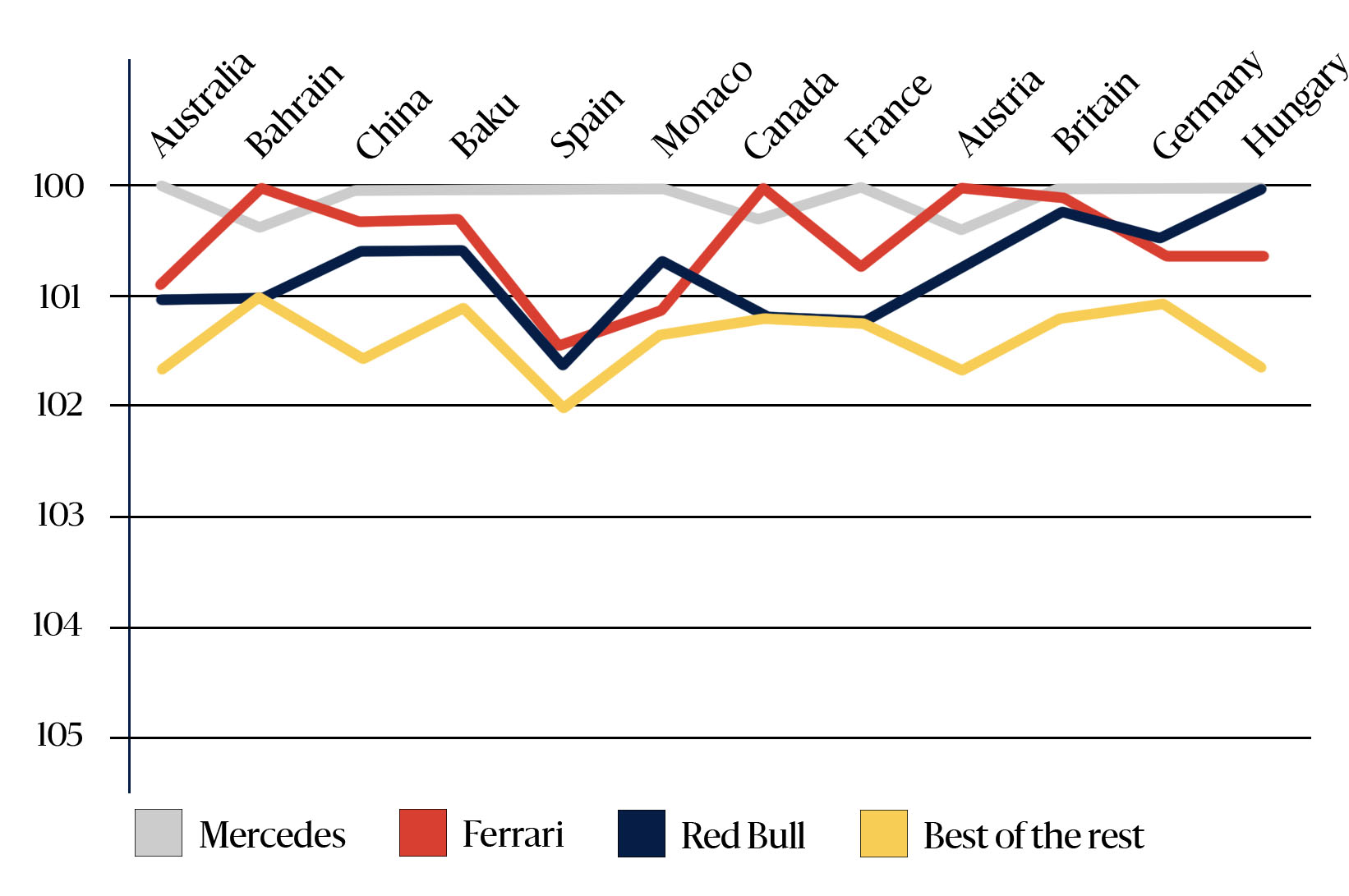 As Renault’s Cyril Abiteboul has commented, “That is not just downforce. The difference in downforce you’d need to be separated by over 1sec is colossal. It is not that the top teams are generating that much more downforce. It’s more complex than that.”

It is indeed. It’s about downforce — but not total downforce. Rather, it’s about consistency of downforce and controlling the front wheel wake so that the boundary layer along the sidepods is not destroyed partway through the corner (which then kills the diffuser performance).

Notice that at the two circuits with the longest corners, Barcelona and Budapest, the gap really stretches out.

It’s something that McLaren’s Andrea Stella elucidated at the end of last year. “The wide body/big tyres regs of 2017 has made it very difficult to keep the downforce as you go through the corners. That’s the reason why there are some cars that look as if they belong to a higher category – because they have managed to control the downforce throughout the corner.

“Most of what a current F1 aerodynamicist has to deal with is the wake of the front tyres. The [2017] change in regulation made that wake even bigger. The wider floor also contributes; its increased contribution makes it even more critical and challenging.”

Modelling all of this accurately is pushing at the boundaries of what wind tunnel and CFD simulation can do. This is just about the sheer number of skilled personnel let loose on solving the equations. If it wasn’t this though, it would be something else.

This just happens to be where these particular regulations have randomly put the prime difficulty – and therefore where the biggest differentiator between the top teams and the others is placed. Another set of regulations might place it somewhere else.

But it’s this scale of difference that the FOM group is trying to attack in formulating the 2021 regulations. Big regulatory box sections of bodywork that must be filled in (limiting how much aerodynamic trickery can be incorporated) are central to this aim.

As Ross Brawn puts it: “Aerodynamic performance would be less of a performance differentiator than currently, simply because there’d be less performance to be found there. The idea is that if a big team can devote a lot more resource to it than a small team, it will still find a performance advantage.

“But rather than that being 2sec, it might be more like 0.2sec. That means that if a smaller team has a really strong young driver or a great strategy team, it can still be a factor, still has a chance of doing something.”

But as you will be able to read in the next issue of the magazine (out on Wednesday), that might all be about to come unravelled.