We’re having a great F1 season, but it could be an even better one. 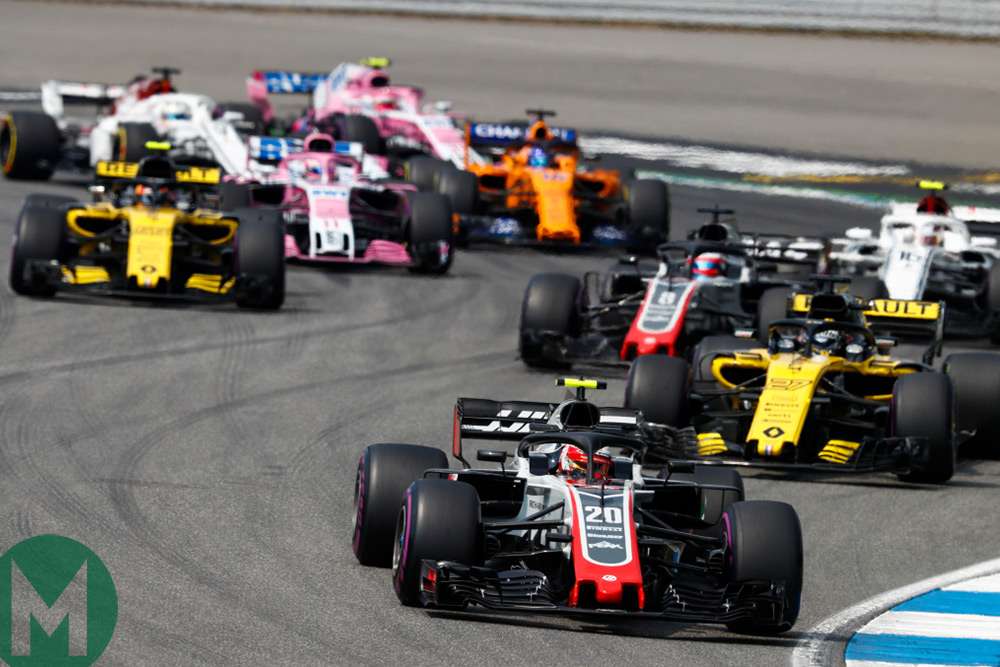 While the fight at the front of the field has at least involved more than one team for the last couple of seasons, the intense battle behind the big three this year has been fascinating. There’s a chasm between Ferrari/Mercedes/Red Bull and the rest – quite often 1sec or more. But the order between Haas, Renault, Force India – with occasional interruptions from Toro Rosso, McLaren and Sauber – has been highly volatile from one track to the next.

In the 13 races to date, seven drivers from five teams have ‘won’ the unofficial category of best of the rest and each of the first six races saw a different ‘winner’. Both drivers of Haas, Renault and Force India have been on class pole, but just the slightest stumble can leave one or more of their cars mired in Q1 courtesy of Toro Rosso, McLaren or Sauber.

Ignore the top three teams and imagine this was the battle for overall wins and title, and we have seen:

The budget cap of 2021 will bring this sort of intensity and volatility to the front of the field, right?

Sounds good, doesn’t it? Sounds better than a two-team slog with number one and two drivers.

So what makes this second division so much more closely-contested than the ‘premiership’? They can all reach a similar budget level whereas the Ferrari, Mercedes, Red Bull money is way beyond their reach. So the big three have more people, better facilities, more programmes, more R&D etc.

So, the budget cap of 2021 will bring this sort of intensity and volatility to the front of the field, right?

What possible motivation could there be for the two dominant teams to ensure things remain just as they are? Hmm…

The tail is wagging the dog and the FIA is not standing firm in curbing the power of the top teams. If it doesn’t do this, Liberty cannot do anything other than work around the wishes of Mercedes and Ferrari.