On paper, the team with the biggest potential for improvement this year is Aston Martin (Racing Point as was). Which may sound odd given the very strong 2020 it enjoyed with what was, overall, the third-fastest car after Mercedes and Red Bull.

For this year the ‘pink Mercedes’ is replaced by a green Mercedes, but with a vital tweak of the 2020 Merc’s rear suspension – which was absolutely key in the performance gains Mercedes found from the year before. The Racing Point was of course based on the 2019 Mercedes W10, but last year’s W11 model featured a swept-back rear suspension whereby the rear lower leg was mounted into the crash structure rather than the gearbox ahead of it. This allowed the whole suspension to be set back, thereby creating a big volume for much better airflow between the rear tyres and the diffuser, enhancing underbody downforce considerably.

Not only did this create more total downforce, it also moved back the car’s centre of aerodynamic pressure (the downforce equivalent of its weight distribution), endowing it with the sort of rear grip that would allow Lewis Hamilton to set the car up to allow a very aggressive turn-in without the rear being upset. With this car, despite its long wheelbase, he got the quick rotation into the corner which he’d been searching in vain for since 2017. 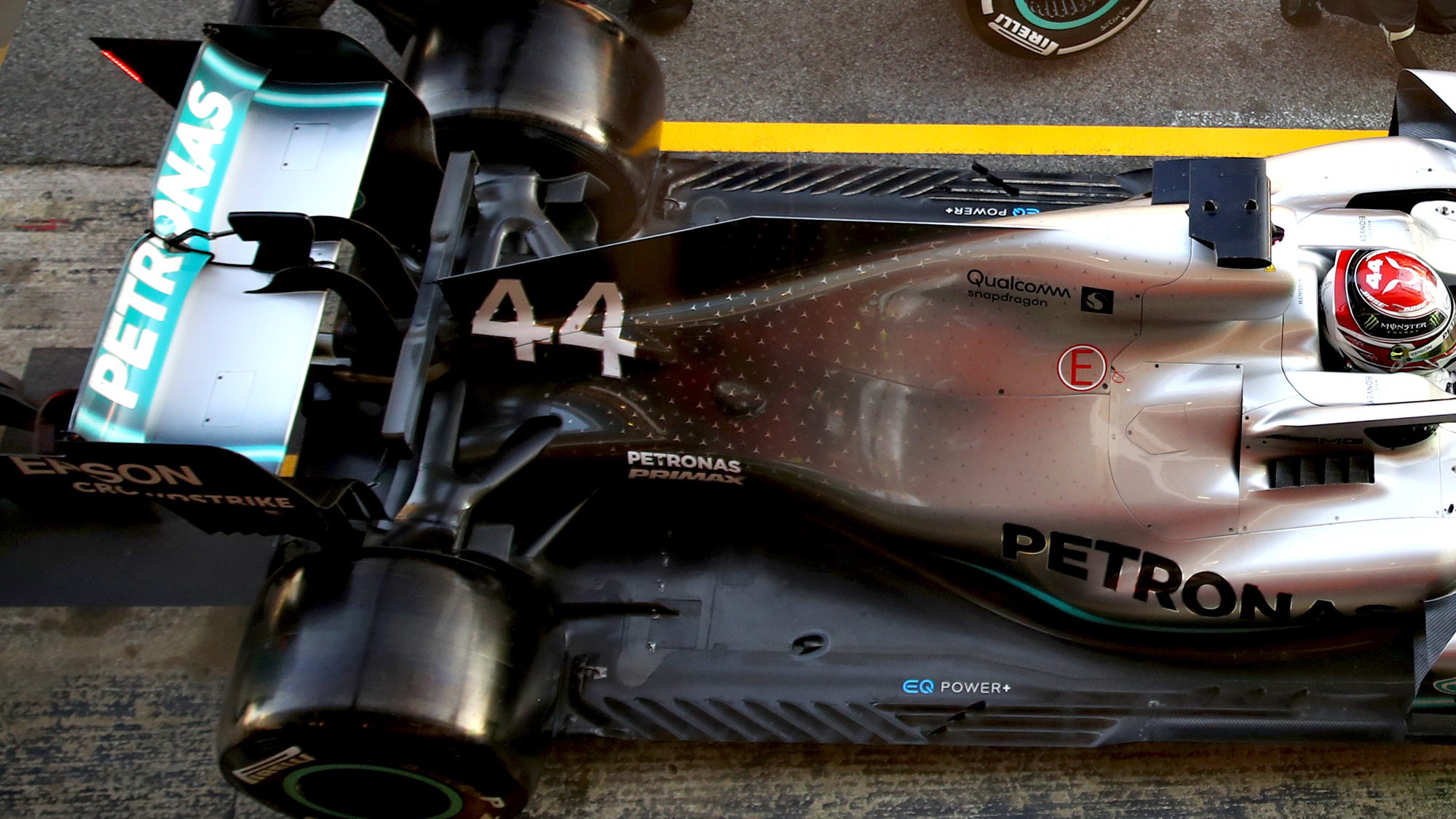 Lower rear strut was joined to gearbox in 2019 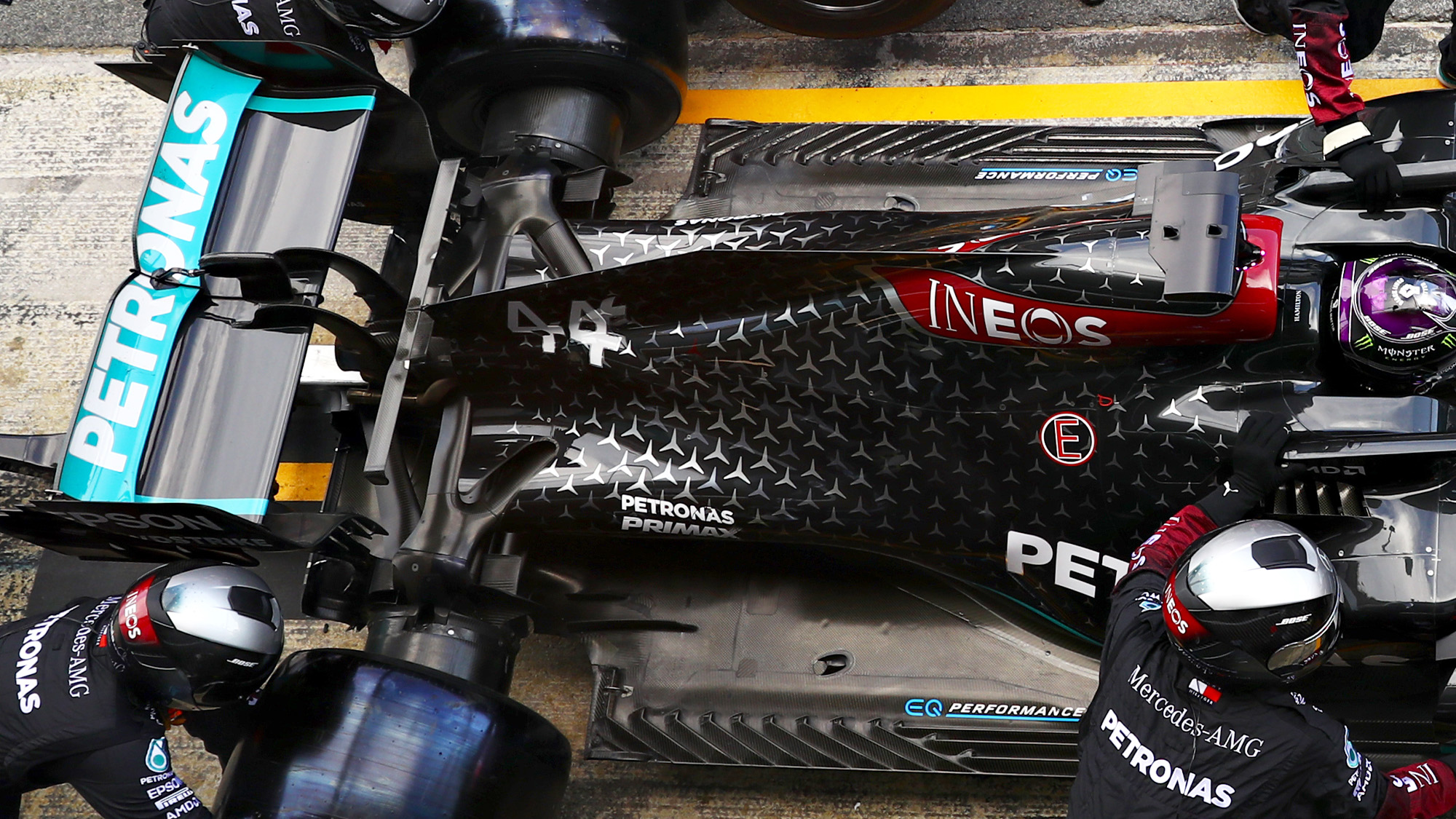 The 2021 Aston Martin will still essentially be the W10 copy so may not, in theory, be able to take as full advantage of the later suspension as the car that was designed around it. But there is still significant gain to be had. Furthermore, the suspension upgrade comes free of the development token spend that each team is restricted to in order to contain costs during the pandemic. At Aston, those tokens can thereby be spent on other performance aspects of the car.

Ferrari’s new car will feature a new rear end too – but it has had to spend its tokens to do so. AlphaTauri could, in theory, be allowed the 2020 Red Bull’s rear end (rather than that of 2019) under the same contingency as Aston – but is choosing not to do so because it feels its token spend could more fruitfully be applied to the front of its car. The 2020 Red Bull rear suspension is nowhere near as radical as Merc’s and does not offer the same potential gains. 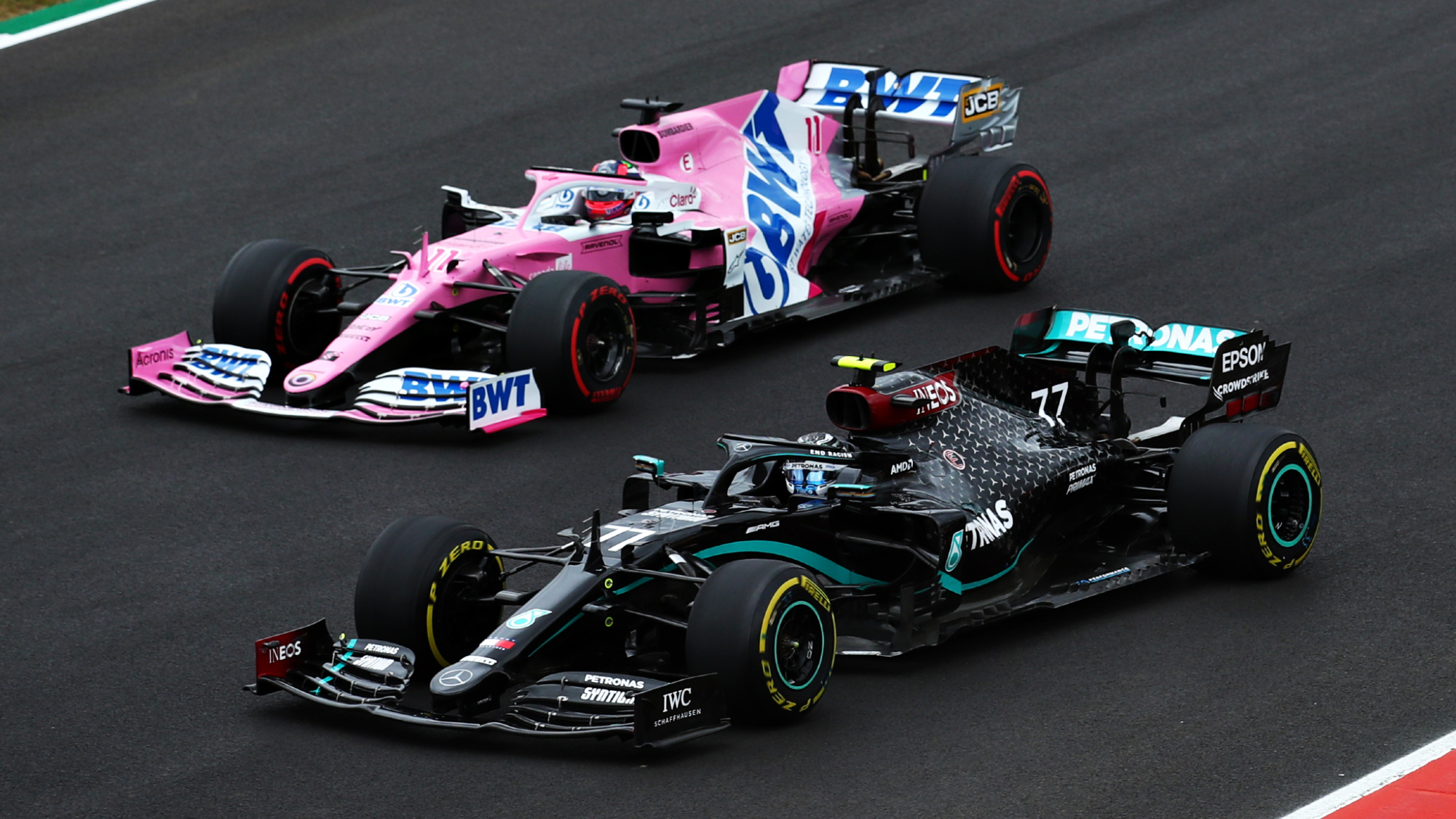 How Racing Point loophole is closed with 2021 F1 regulations

Formula 1 cars that look too similar will be investigated by the FIA, under new regulations published by motor racing's governing body. The rules aim to prevent a repeat of…

But that’s just the hardware. What Aston also has in its favour is a second year of understanding the car. Just taking over another team’s design doesn’t mean that you understand it and therefore how best to run it and last year the team was still very much on a voyage of discovery in how it behaved and reacted. On the seven overlapping tracks 2019-20 where the same tyre compounds were used, the Racing Point still qualified 0.5sec slower than the near-identical 2019 Mercedes. Some of that will be driver performance, but not all. Mercedes’ James Allison is actually very impressed with how much of the car’s potential Racing Point managed to access last year. “One of the things that perhaps Racing Point deserves more credit for is a) the courage that they showed in doing it and b) the competence with which they’ve done it, because they’ve done a good job in making that leap.”

A second consecutive year with the car should allow this team – even without the upgrade of the suspension – more gains just from understanding its car better.

The rebrand of the team is just that; nothing fundamental is changing inside. The same people are still running and developing the car, that nice stable base remains undisturbed. The only change is that of Sebastian Vettel taking the place of Sergio Perez. Given Vettel’s below-par performance last season this is the only serious question mark – which sounds an odd thing to say of a four-time world champion, but that’s just how it is. But the very thing which Vettel craves in a car above all else is rear end stability – which last year’s Ferrari did not have. It was notable that when, in the last third of the season, Ferrari managed to improve that aspect of its car, Vettel’s deficit to Charles Leclerc narrowed significantly. A benign Mercedes-based, low-rake car – with an update that moves even more stability onto the rear end sounds like exactly the sort of car in which Vettel can begin to rebuild his reputation. Furthermore, being in a nice simple uncomplicated racing team, he’ll surely be in a happier environment than in his last couple of years and that too can only be a positive in terms of his personal performance.

Depending upon what progress Red Bull-Honda and Ferrari make (and both have major engine upgrades coming as well as whatever developments they’ve made to the cars themselves), Aston Martin surely has a realistic chance of being the second-fastest team this year.