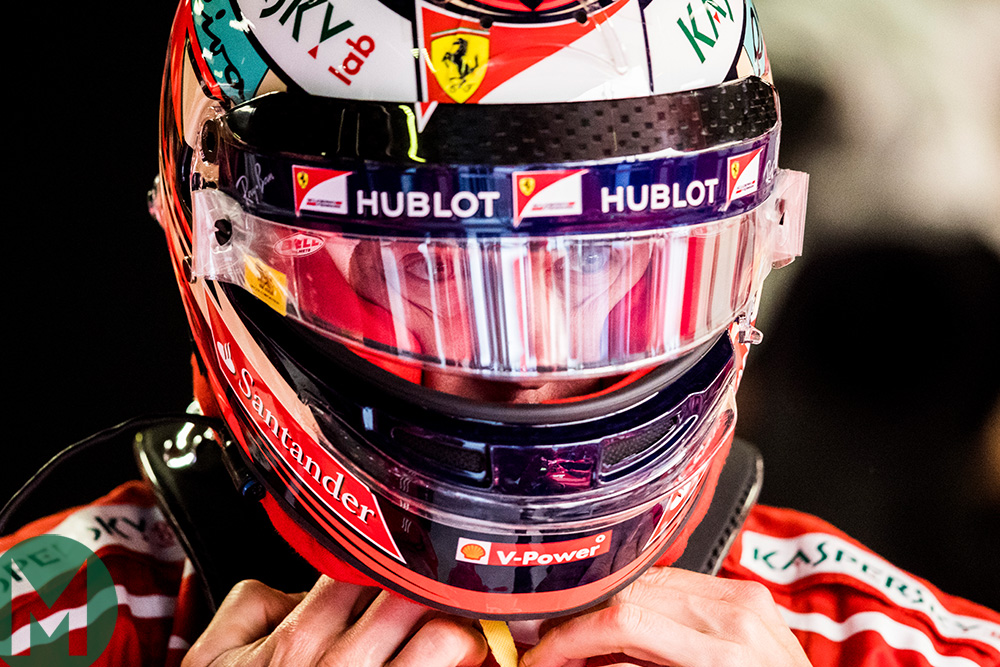 If Kimi Räikkönen’s second Ferrari career comes to a close at the end of this season as expected, it will be a great blow to the millions of Kimi fans around the world. But it’s time – overdue, in fact – for him to be replaced in 2019, probably by a driver not much more than half his age: Charles Leclerc.

Based on a few insights from someone deeply connected for many years to the very senior management, this move – initiated by the late Sergio Marchionne – wouldn’t be so much about dissatisfaction with Räikkönen’s performance as it would be about Sebastian Vettel’s.

The political tides haven’t actually turned against Vettel – yet – but Marchionne was always a man with challenging questions. One of those questions was whether Räikkönen was a driver quick enough to give an accurate perspective on Vettel.

Räikkönen’s role second time around at Ferrari became rather different to that envisaged when he was recruited at the end of 2013. At that time, Fernando Alonso was making noises about leaving short of his contract – and Stefano Domenicali lost no time in signing the contract-free Räikkönen as an insurance against that happening. Fresh off two strong race-winning seasons with Lotus, his stock was high. As it happened, Alonso stayed around for another year – but Räikkönen had already been signed by the time this was agreed.

The errors of last year have brought a focus upon not only Vettel, but the pairing

Although the 2014 Ferrari was woeful, Alonso’s performances in it were of an entirely different order to Räikkönen’s. Kimi no longer had the raw speed of his McLaren days, at least not on these tyres, in these cars, or on these high-kerb circuits. But he was still a safe pair of hands, a good analyst of the car’s behaviour – and still faster than most. He was, in fact, a very good number two, if your number one was a superstar such as Alonso.

But Alonso and Ferrari had fallen out of love some time ago. Luca di Montezemolo had for some years been trying to recruit Sebastian Vettel in his place and, after stalling Alonso’s negotiations while waiting to see if Vettel’s Red Bull get-out clause would be triggered, Ferrari succeeded in signing the German quadruple champion and bade farewell to Alonso (at about the same time it did so to di Montezemolo, replaced by Marchionne).

With Vettel the de facto Alonso replacement, it left Räikkönen ostensibly still in the number two role, even if that was never specifically spelt out to him.

Vettel quickly and naturally assumed the lead driver role with a very promising 2015 season, followed up by a disappointing 2016, as Ferrari was out-developed by Mercedes. But in the last two years, the Ferrari resurgence has been very strong; it has provided Vettel with cars at least as fast of those provided by Mercedes to Lewis Hamilton.

In each of those years, crucial Vettel errors have compromised the title challenge, made possible by the car’s speed. Notwithstanding that the team’s own shortfalls have also played their part, the errors of last year have brought a focus upon not only Vettel, but the pairing.

How can they know for sure what level Vettel is performing at if the other driver is offering only the occasional challenge? A hot young junior driver might offer a more accurate perspective on that – as well as putting in place a process of succession. That was clearly Marchionne’s thinking – and despite Maurizio Arrivabene’s apparent preference to delay that move by a year or so, it seems new Ferrari chairman John Elkann has insisted that Marchionne’s original plan be respected.

How Räikkönen’s stats compare to team-mates

*As measured by percentage of theoretical seasonal pole