No longer fighting for his drive at Ferrari, Räikkönen’s attention could turn fully to ending his win drought 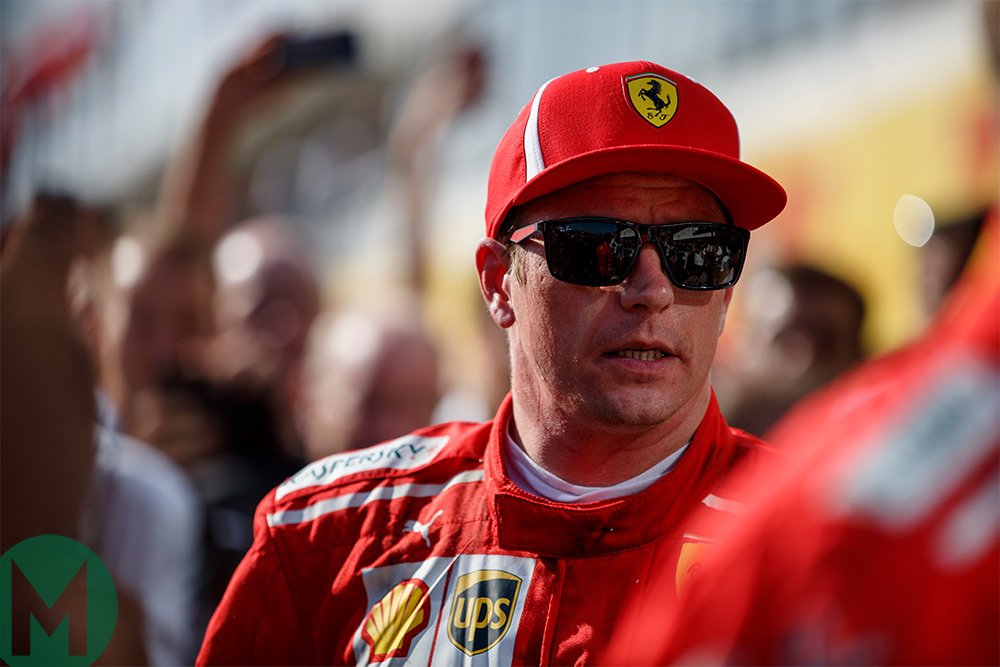 Now that Ferrari’s dropping of Kimi Räikkönen for Charles Leclerc – and Räikkönen’s move in the opposite direction – next year has been confirmed, there is an intriguing question left hanging in the air regarding the balance of this season.

Will Räikkönen be prepared to support’s Sebastian Vettel’s increasingly tenuous title bid? Or will he strive to get at least a race victory, so as not to leave his five-year second Ferrari stint winless?

The long-running saga of whether Räikkönen would be retained for yet another season ran pretty much all year, with several twists and turns, but even Kimi himself didn’t know for sure until the morning of Monza. There was a delicious irony in the timing, of course, given that he’d just stuck his Ferrari on pole for the Italian Grand Prix.

It all rather summed up Ferrari’s tentative, nervous management, apparent also in its recent run of bad pitlane calls – especially in qualifying. But under the circumstances, a hacked-off Räikkönen was in no mood to ‘drive for the team’ in trying to help Vettel win the race. He was racing hard – including against Vettel – from the moment the lights went out. That much was evident from his defence of the lead into the first corner and, subsequently, the Roggia chicane. Räikkönen’s defensive positioning and early lift-off into that corner played a major part in Vettel’s subsequent collision with Lewis Hamilton.

But that was in the raw aftermath of having been given the bad news. Was his mood race day in Monza just the emotion of that playing out? Or is that the Räikkönen we are going to see for the remainder of the season?

Singapore didn’t really give us evidence one way or the other, simply because he was never in a position to threaten Vettel. Historically, it has not been a strong track for Räikkönen, whereas Vettel has traditionally been dynamite there.

So at which of the upcoming tracks might we expect to see him at a similar level of performance to his team-mate? Maybe not Sochi next weekend, for this is a track Vettel loves and on which his high-momentum corner entry style works very well. That said, Räikkönen qualified within a tenth of Vettel’s pole time here last year. So maybe.

I was there when… 2005 Japanese Grand Prix

Suzuka? Very much so, yes. The track was the scene of perhaps Räikkönen’s greatest drive, in 2005, when from a rain-afflicted lowly grid position, he took the lead going into the last lap. The circuit’s flows are prime Räikkönen territory, even though he was in the wars there last year with an off in practice that impacted upon the rest of his weekend.

Assuming Vettel’s championship chances are still alive by the final round, we have six opportunities to see if Räikkönen can, firstly, be on Vettel’s pace and, if so, whether he takes the fight to him or just falls back into the support role he has fulfilled for the last few seasons.

The fact that it’s difficult to envisage Räikkönen being on Vettel’s pace at all of the remaining rounds is perhaps illustrative of why he’s being replaced. But on the several occasions he has been running at a similar level over the years, he’s invariably been given the second-best strategy, most infamously at Monaco 2017 where his post-race look of anger as Vettel went to greet him said it all.

In the second half of 2016, it became almost the norm for Ferrari to get Vettel ahead of an initially better-placed Räikkönen only through a more opportunely timed pitstop. He took it all on the chin; he knew what his role was. But he remains a proud man and, for his own peace of mind, will he be able to resist the lure of victory even at Vettel’s expense if the opportunity presents itself?