Sebastian Vettel won the Bahrain Grand Prix, and the race went ahead without disruption.

Would it be on the F1 schedule again in 2013? “Absolutely,” said Bernie Ecclestone. “For ever. No problem. I think it’s good because people talk about things, you know. You know what they say – there’s no such thing as bad publicity…” 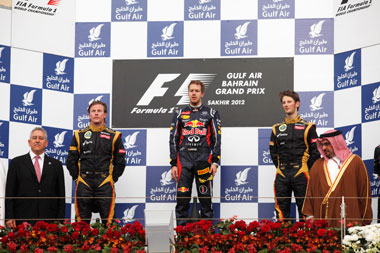 Ecclestone’s comments on the situation in Bahrain had been similarly glib throughout the weekend, so his post-race remarks should cause no surprise. As usual the event had a tiny crowd – 28,000 was the claimed figure – but this is one of those modern-era races where spectators don’t matter, where a particular country seeks to have a Grand Prix only for reasons of prestige, and is prepared to pay whatever it takes. The sort of country of which CVC’s dreams are made.

If they get their way, Bahrain, for all its manifold problems, will indeed be on again next year, for Grands Prix, as we know, get wiped from the calendar only for financial reasons. In Montreal there was a disagreement about money not long ago, and the race – in a country where they love Formula 1, and the event sells out – was missing from the World Championship in 2009. When its fees cause a circuit to struggle, F1 is merciless. 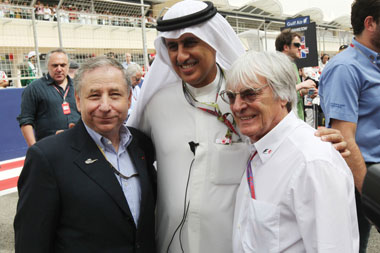 In its attempts to accommodate Bahrain, however, it has bent over backwards. Last year, for reasons of civil unrest in the country, the Grand Prix was ‘postponed’ at the 11th hour, and the decision was taken by the Bahraini authorities themselves, rather than the FIA. Afterwards a fatuous attempt was made to cram it back into the calendar late in the season, when the schedule was already tight. Would a similar effort have been made for Montreal or Spa? One doubts it.

A rescheduled Bahrain Grand Prix never came to be in 2011 because in the end the teams refused to accept it – and at a meeting in Suzuka last October many also voiced concerns about going back in 2012. When the schedule was published, though, Bahrain was on it, and the word put about was that all was now calm again in that country.

Or maybe not. Last year pro-democracy protesters had promised ‘Three Days of Rage’ over the duration of the race, and it was clear evidence of their intent that caused the Bahraini authorities to call off the race. This time a similar threat was expressed, but it was firmly decided that the Grand Prix should anyway go ahead, endless platitudes circulating to the effect that this would have ‘a unifying effect’. 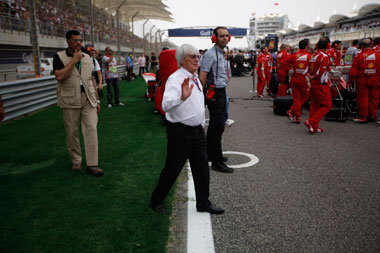 In Shanghai many in the F1 fraternity were expecting – indeed devoutly hoping – to be told that the following weekend’s race in Bahrain had been called off, but finally Jean Todt announced that the FIA was satisfied that the safety of F1 personnel was guaranteed, and the race would go ahead. So that was all right, then.

Once in Bahrain everyone predictably kept to the party line – ‘We’re here to race’. Although most declined to comment on the state of play in the country, Vettel said it was ‘all a lot of hype’, which doubtless delighted his good mate Bernie – who remained resolutely flippant about the situation throughout the weekend – but it did Sebastian little credit, and served to reinforce the belief of many in the wider world that F1 is not only avaricious, but insensitive, too.

Then came the incident on Wednesday evening when a van ferrying Force India mechanics back to their hotel was caught up in a traffic jam, in which firebombs were thrown. A couple of team members decided to return to England forthwith, and on Friday the team skipped the second practice session, so as to ensure that its people did not have to travel back in the dark. Nico Hulkenberg was on the mark: “We shouldn’t be put in this position…” 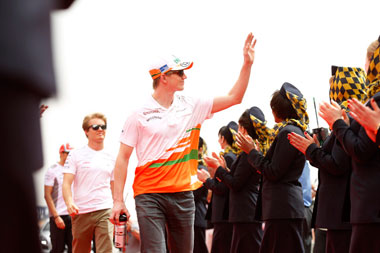 The following afternoon, even though Paul di Resta made it into Q3, you would not have thought, from the TV pictures of qualifying, that Force India had any cars in Bahrain. Funny, that.

Ecclestone has always maintained that sport and politics have nothing to do with each other, an easy cop-out with absolutely no basis in reality. On the one hand the Bahraini authorities insisted that putting the race on would showcase its country, demonstrate to the world that democratic change was underway; on the other, the protesters of course saw it as a matchless opportunity to prove this was not so.

At the circuit itself all was peaceful, evidence of the security lockdown in place for the duration of the Grand Prix, but elsewhere the ‘Three Days of Rage’ were all too apparent, and one wonders quite how the authorities – to say nothing of the FIA – could have expected anything else. Across the world Bahrain featured heavily in news bulletins, but hardly in a manner which reflected well on the country. No surprise, perhaps, that many news journalists, such as those from Sky News, were denied access to Bahrain during race week.

Here in the UK such as Ed Miliband and Yvette Cooper predictably leaped on the bandwagon, calling for the race to be cancelled or, at the very least, for British drivers to withdraw from it. Ross Brawn, so often a softly-spoken beacon of commonsense in the F1 paddock, responded appropriately: “I find it very frustrating that, once we got here, politicians in the UK were saying we should withdraw. Why didn’t they say that beforehand? For someone to try and make Jenson Button and Lewis Hamilton determine the foreign policy of a country is wrong.”

As for F1 itself, what does one say? For an activity ordinarily obsessed with Public Relations – with keeping its dirty linen well away from the eyes of the world – it is not less than astonishing that it chose to venture into a situation which was surely never going to be other than a PR disaster.

Perhaps the most dispiriting aspect of the entire episode is that during the build-up to the Bahrain Grand Prix the only emphasis was on the safety of those making the trip there. It goes without saying that this was of paramount importance, but at no stage did anyone publicly question the morality of venturing to a country which severely punishes doctors and nurses – those who treated injured protesters in the violence twelve months ago – for simply living by the Hippocratic Oath. If there were nothing else untoward, that in itself was surely justification enough for considering Bahrain beyond the pale as a Grand Prix venue.

Ecclestone is committed to a 20-race World Championship, and it has long been evident that the composition of that championship is based, not on interest or enthusiasm for F1 in a given country, but simply on its ability to pay ever more outlandish fees to hold a Grand Prix – very often, despite Bernie’s protestations that politics and sport should be kept separate, for purely political reasons. Ross Brawn was indeed right last weekend in his suggestion that in future the teams should be involved in the decision-making process when it comes to settling where, and where not, F1 should go.

Ecclestone has always claimed to have a long list of countries ‘queuing up to have a Grand Prix’. That being so, might it not be a sound idea to replace Bahrain with one where there is no need for armed personnel carriers around its circuit? He is quite wrong in his affirmation that ‘there is no such thing as bad publicity’: the fee from last weekend’s Grand Prix may have been hefty, but the damage to F1’s image incomparably greater still. Bernie himself may not care too much about that, but the manufacturers and sponsors of F1 will perhaps feel differently.