The oil-burning dispute appears not to be over 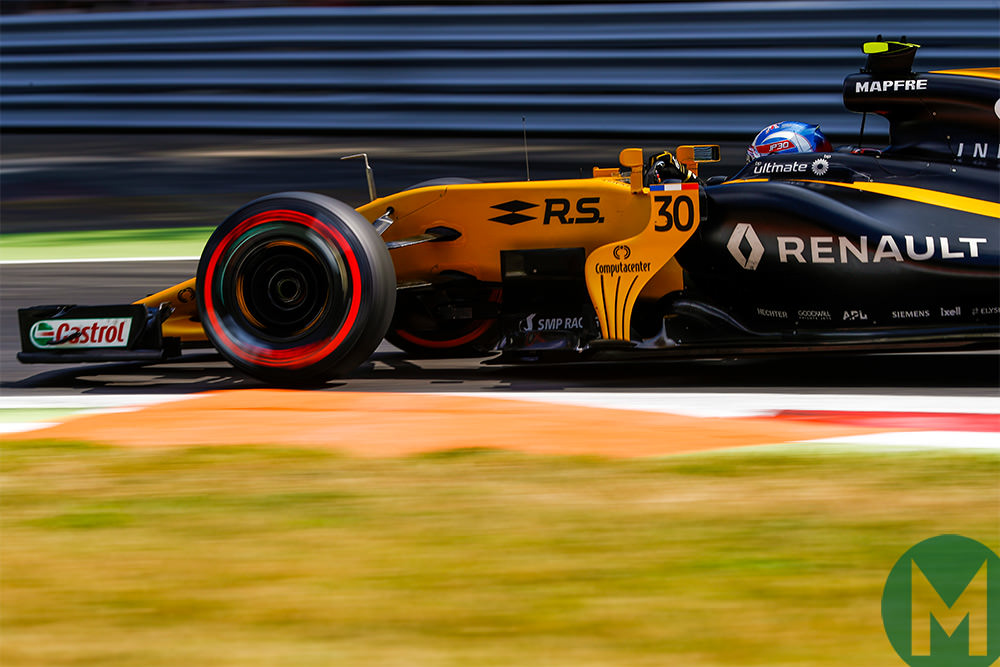 Recent comments by Renault Sport’s MD Cyril Abiteboul have re-lit the oil burning controversy that has rumbled on through the season. He believes much of the Renault engine qualifying disadvantage to Mercedes and Ferrari this year has been because of Renault’s reluctance to pursue oil-burning technology and that he hopes that more draconian regulations in 2018 regarding the practice will help Renault claw back the deficit.

Which regulations is he referring to? There are two. The first is that maximum oil consumption will be reduced from 0.9 litres/100km to 0.6, which is half that allowed for pre-Monza engines this year. The other is 2018 regulation 7.9, which states: “Oil injection. The use of active control valves between any part of the PU [power unit] and the engine intake air is forbidden.”

While these changes will certainly reduce the advantage of oil burning, they are unlikely to eliminate it completely. For one, when used in qualifying the oil consumption regulation is not relevant as fluids can be replenished. As for the outlawing of the crankcase valves, oil or oil residues can still be induced into the combustion chamber past the pistons by the vacuum created in the crankcase when the engine goes from on-throttle to off.

There are several ways in which oil burning has been/is being used to aid performance.

Because the engines are fuel-flow limited (ie the pure fuel as contained in the fuel tank cannot by regulation flow into the engine at a rate faster than 100kg/hour), then adding any other combustible just gives the engine more calories to burn – calories that would be otherwise unavailable to it because of the fuel flow limit. Oil is not as combustible as petrol, of course, so how could adding oil to the mixture possibly help? Because there is more gain in the burning of the extra calories than there is loss from the less combustible mix – as a result of the fuel flow formula. The engine will be able to rev higher before being strangled by the fuel flow (they currently run out of steam at around 12,500rpm because of the fuel-flow limit, despite theoretically being allowed to run to 15,000rpm).

Introducing chemical booster agents in the oil that when they find their way to the heat of the combustion chamber make the mixture more explosive is an obvious way of increasing power. This is believed to be what the FIA was trying to stamp out with Technical Directive 22 introduced between Montreal and Baku, when it stated, “We would consider any attempt to use additional components or substances in oil for the purpose of enhancing combustion as a breach of the Technical Regulations.” This followed on from the pre-season TD04, which while ostensibly prohibiting oil burning, left open a door of interpretation that Ferrari took advantage of.

Using the oil as a cooling agent for the combustion chamber when the engine is off-throttle could allow a leaner mixture on-throttle than would otherwise be possible. Up to a point, a leaner mix will provide a bigger bang but with the hazard that it increases the chances of detonation (uncontrolled ignition out of sequence with the spark). Excess heat is the trigger of the detonation, so if that can be controlled by way of some cooling oil when off-throttle, it theoretically offers the possibility of a leaner mix.

Although TD22 effectively outlawed the second method, there are still advantages to be found from oil burn within the stipulated limits. Those limits will be brought in yet-tighter by the new regulations but will likely still be there in 2018. It’s a path that ultimately Renault may have to follow, even if the advantages have been reduced.