As Sergio ‘Checo’ Perez sailed across the line at the Sakhir Grand Prix last Sunday, to the delight of his home nation and the wider F1 world, he broke a five-decade long embargo on Mexican efforts in grand prix racing.

Until then, the only driver to win a grand prix under the Mexican flag had been Pedro Rodriguez. His last F1 victory had been for BRM at Spa-Francorchamps in 1970.

Jo Ramirez, former team manager at McLaren between 1984 and 2001, knows the characters of both drivers well. He assisted at the start of a famous career in motor sport on the kart track with Rodriguez in Mexico, and then helped Perez begin a racing journey which has now seen him become a winner at the highest level.

“He’s not a nice boy! When he gets in the car he’s a son of a bitch just like every one of us!”

“For Mexico, it’s fantastic. I’m ever so proud,” he tells Motor Sport. “The Mexican Grand Prix for the last five years has had nearly 350,000 people in attendance – they made an unbelievable party. There is a lot of love for F1 in Mexico as you can see.

“His win is very important, not only for Mexico, but all of Latin America. They all benefit by having a Latin American, one of only 20 of these guys in the world, drive this car. Football is the only sport which people watch more in Mexico.”

It’s not just the Mexican flag at the top of the podium which brings back memories of the supremely-gifted Rodriguez, though.

There’s more than a passing similarity between the Racing Point driver and his compatriot who won two grands prix but made his legend in sports cars.

Rodriguez won Le Mans for John Wyer Automotive driving a Ford GT40 in 1968, then became synonymous with the fearsome Porsche 917K, demonstrating an otherworldly ability in the rain.

The BOAC 1000Kms at Brands Hatch has gone down as probably the most famous of his wet weather drives, an against the odds charge which could scarcely be believed.

Pulled in to the pits and berated by the course clerk for overtaking under yellows, Rodriguez went back out and unleashed 917 hell. He emerged victorious by five laps.

It brings to mind Perez’s drive in Malaysia for Sauber in 2012, where he negotiated monsoon conditions to bear down on Ferrari’s Fernando Alonso before a spin left him in second. 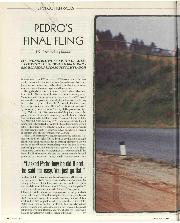 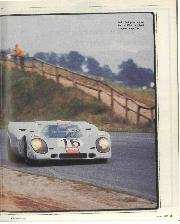 The Forgotten Races - 1971 Osterreichring 1000km In retrospect, the 1971 Austrian 1000km for sportscars was a poignant event for all sorts of reasons. But at the time, that damp…

Winning after running last in last weekend’s race was a feat familiar to Rodriguez. The Mexican was leading the 1971 Osterreichring 1000Kms when Ramirez — working as a team mechanic — recalls him hitting trouble.

“We had an electrical problem, he had to come in so we could change the battery in the car. And we lost quite some time.” Returning to the race two and a half laps down, Rodriguez and co-driver Richard Attwood went on to win.

Despite Rodriguez’s racing steel, he wasn’t known for being over-exuberant out of the cockpit, much like Perez.

“Pedro certainly had the ‘killer instinct’,” notes Ramirez. “It’s like Ayrton Senna used to say ‘Nice boys don’t win grands prix.’ I said to him ‘Well, Alain Prost is a nice boy and he’s won a hell of a lot of grands prix.’, and he said ‘No, no, no he’s not a nice boy! When he gets in the car he’s transformed completely, and he’s a son of a bitch just like every one of us!”’

“And I think it’s the same with Sergio, he seems very placid when he’s out the car, but when he’s inside the killer instinct comes out of him. It’s quite good.”

Quietly spoken, thoughtful with a developing Anglophilic streak, Rodriguez had an aura that attracted British motor racing fans to him. BRM’s Team Manager Reg Parnell noted that the Mexican received more fan mail than either Graham Hill or Jackie Stewart.

Wearing motor racing’s best-known deerstalker, he was a familiar face in pit lanes throughout Europe, driving anything and everything.

“Pedro, like Fernando Alonso, he loved to race anything. If you gave him a wheelbarrow, he’d go and race it,” says Ramirez.

“That’s something I’m sorry you don’t have any more. Can you imagine the Hamiltons and Verstappens driving a Lotus Cortina? It would be brilliant!”

While he’s not suggesting that Perez should drop down to historic BSCC meetings, Ramirez feels he should follow Rodriguez’s lead and race in different disciplines next season if he fails to find a seat in F1.

“I think he should keep driving, keep focused, maybe spend six months driving, six months with his family, something like that,” he says.

“In the old days, they drove all the time. Whatever you drive, every car has four wheels, tyres, brake pedal, throttle – whatever it is, you’re learning. They all used to do that.

However, even if Perez does race elsewhere, Ramirez warns that he risks losing his edge by missing a year in F1 while he’s in top form.

“If he got the Red Bull drive, I’d love to see how he gets on with ‘Super Max’, because that would be a real comparison,” says Ramirez, If he doesn’t do that now, at the peak of his career… if he took a place at a top team in 2022 after a year off, I don’t think he could handle it.”

Losing Perez from F1 wouldn’t just be a missed opportunity for the driver himself, says Ramirez. He fears it could stall the growth of F1 and younger drivers in Mexico, as it did following the death of Rodriguez at a sports car race at the Norisring in 1971.

“[When Pedro died] it was very hard. [It felt like] the doors of motor racing [for Mexico] had been shut for ever. We had no one else even close to being ready for F1. 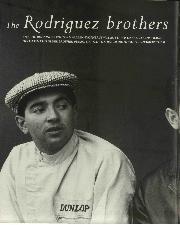 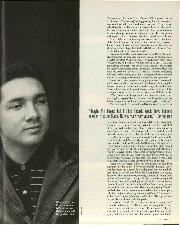 The Rodriguez brothers: what could have been?

Ricardo Rodriguez could have been another Senna, but it was only after his tragic death that his older brother, Pedro, started to shine. Mark Hughes remembers them. The Inaugural Mexican…

“We didn’t have anybody like in Mexico at the time like Carlos Slim [Perez’s main sponsor] then, a wealthy entrepreneur who is helping the sport because he loves it. We didn’t have anyone like that.”

Finally though, there was light at the end of tunnel. Slim masterminded his own junior team and programme, with Perez being its most successful product. Ramirez declined to manage Perez but did offer him help and advice, particularly early on in his career.

“It’s been a hell of a long process, to get a driver into the low rankings and then into F1.” says Ramirez.

“But thanks to Carlos, he not only got a grand prix driver but also a grand prix back to Mexico after 23 years. There’s been a lot of progress for Mexico and it’s something we would hate to lose. It would be a tragedy if Sergio doesn’t have a drive next year.”

He hopes that the impact of the win will keep Perez in F1, and F1 in Mexico. “We still have one more year [left on the Mexican Grand Prix’s contract with FOM]. It’s very important that we get more sponsorship to keep the Grand Prix and if for whatever reason Sergio doesn’t drive next year it would be a tragedy.

“I think for every country it’s very difficult to do a grand prix without a home driver.”

Ramirez is ever the optimist though, and one final similarity he sees between Rodriguez and Perez is that they both simply got better and better over time. At the time of his death at 31, Rodriguez was still improving. Perez is 30, and appears still to have so much to give. His win in Sakhir says as much.

“Checo has been improving all the time,” says Ramirez. “He’s getting better and better. He’s incapable of making mistakes.

“He looks after the tyres and the car. All he needed was a good car and thankfully this year, he had a good car.”