But Ferrari was kicking itself after the race considering it could not — through its own fault — convert the one-two it achieved in qualifying, because of an error in strategy.

It is now three races on the bounce where the team has failed to convert a pole position into victory, leaving Red Bull with four consecutive wins.

The Milton Keynes-based squad now has a 36-point lead in the constructors’ championship and it was dominant in Baku last year — although Perez’s victory came courtesy of Lewis Hamilton‘s error at the restart, which followed Verstappen’s tyre blowout.

With its superiority over Ferrari in the speed trap – sometimes up to 10 km/h in a race – Red Bull will fancy its chances of extending that run of wins in Azerbaijan given the fast nature of the Baku Street Circuit.

However, Ferrari needs to bounce back strong and Leclerc claimed pole in qualifying last year, so he’s shown strong pace at this circuit in the past.

Here is what to watch out for during the 2022 Azerbaijan Grand Prix weekend.

Is Sergio Perez now part of the Formula 1 title picture?

After Red Bull kept Perez behind a slower Verstappen in the Spanish Grand Prix, then ordered him to let his team-mate past when the tables were turned, the team had seemed to make clear that all of its eggs were in Verstappen’s basket for 2022.

Perez’s drive in Monaco ensured that is no longer the case, with a performance that out-classed his world champion team-mate throughout the weekend.

Red Bull’s car is no longer on the razor edge - and Perez is reaping the benefit: MPH

Christian Horner, Red Bull team principal, says that he believes the two can go toe-to-toe for the 2022 title.

“He’s in this championship just as much as Max is,” Horner said of Perez. “The difference between the two of them, it’s nothing. Him and Max have been a lot closer this year.”

But one race doesn’t make a season, and Perez still has to prove whether he can keep up with Verstappen and Leclerc for the rest of the year, in a season where they have largely got the better of him.

After inheriting the win last year and finishing on the podium in 2017, Perez has strong form. With the momentum currently going Red Bull’s way, it would not be a surprise to see Perez fight for victory or stay within a race win of the championship lead.

Red Bull would be much further ahead in the championship if it wasn’t for a number of reliability problems this season, most recently with the DRS flap.

Sometimes – as witnessed in Barcelona – it will not open but the team is cautiously optimistic is has found a permanent solution and believes this weekend will prove to be the definitive test.

Paul Monaghan, Red Bull’s chief engineer, said: “Our DRS problem was self-inflicted, I think if we are honest, so now we’ve learned our rather painful lessons.

“There is a sigh of relief after the work that some very clever people did, the research and the checks. I’m confident, much happier based upon what we learned coming out of Spain.

“Baku presents slightly different problems. Your opening speed is 160km/h (in Monaco), in Baku is is 300km/h. So, it’s not really about weight on the flap, it is lifting it up against its own aero load. I think it would be foolish to rest on our laurels.”

With DRS on the very long start-finish straight, it will be pivotal for Verstappen to have it working in Baku and if it does, that may prove to be the end of this particular struggle for Red Bull.

The pressure is on Mick Schumacher, is his future under threat?

The season has brought contrasting fortunes for the driver duo in the Haas garage.

Kevin Magnussen has impressed on his return to Formula 1 and scored valuable points for the team but Mick Schumacher is yet to get off the mark.

Not only that, but the ex-Formula 2 champion has crashed heavily twice this season – at Saudi Arabia and Monaco – denting Haas’s budget.

There have been occasions where he has looked good for points but in Miami he collided into Sebastian Vettel and threw that chance away, while after reaching Q3 in Barcelona, he just did not have the race pace to stay inside the top 10.

Team principal Guenther Steiner has already warned Schumacher that he doesn’t have endless chances. “Not getting any points so close to the end, that creates pressure,” Steiner said after Miami.

“The circumstances have changed due to the competitiveness with this car. It’s a different level where he has to compete. You have to get used to that first.

“You don’t have forever in Formula 1. There is a queue of drivers who want to drive there. I am sure he is aware nobody is waiting for him. He’s working very hard at it, but it’s very difficult.”

Following Schumacher’s recent crash in Monaco, Steiner then added to the pressure: “With Mick we obviously saw what happened. It’s not very satisfactory having a big crash again. We need to see how we move forward from here.”

Being a champion in the junior categories, it is clear that Schumacher has the talent but he needs to turn it around as soon as possible: a maiden points finish in Baku would come as a timely relief.

How will the new 18-inch tyres fare in Baku? 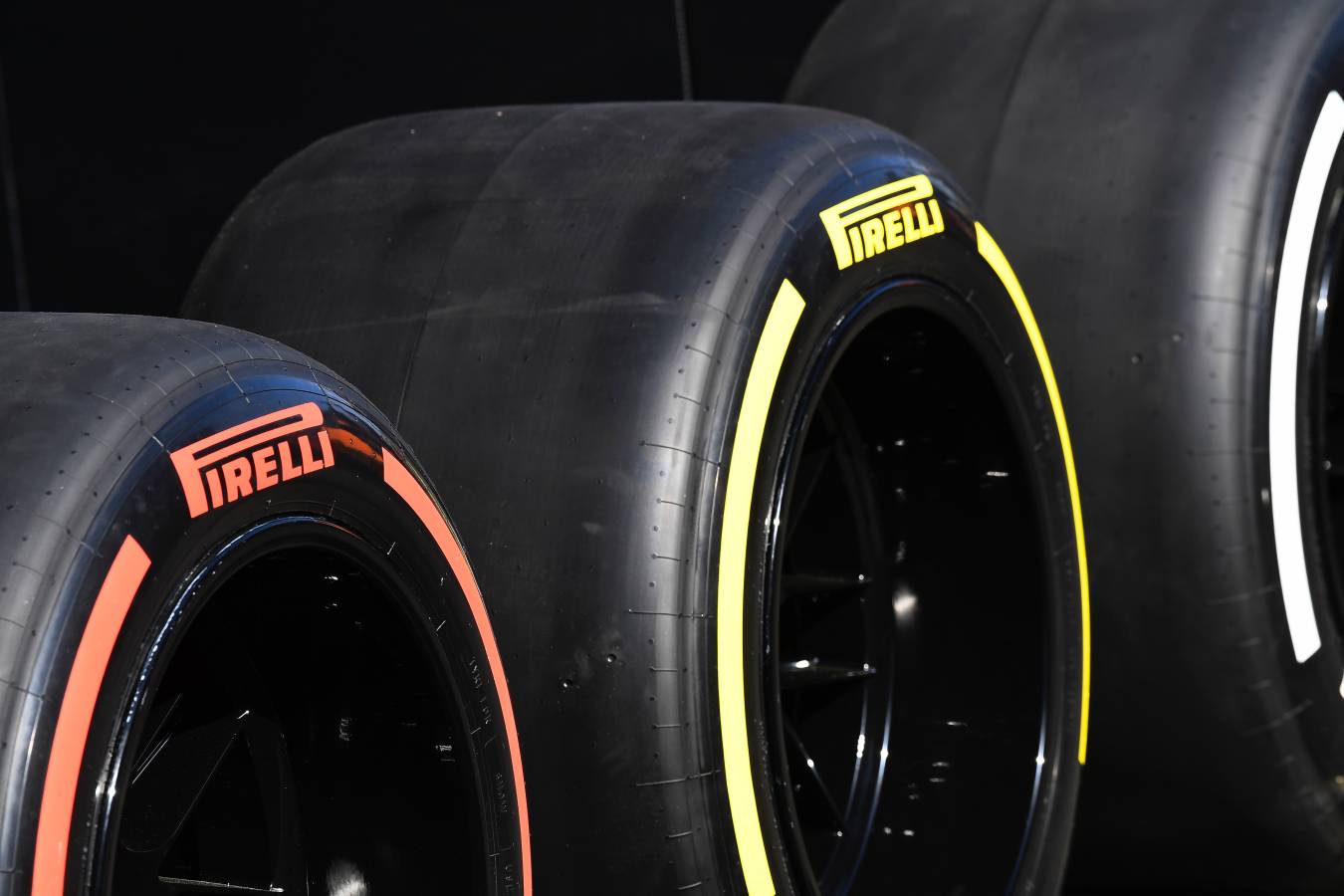 The 2021 Azerbaijan Grand Prix featured two dramatic incidents as Max Verstappen and Lance Stroll both had tyre blowouts, with no prior warning.

Pirelli put this down to the running conditions, amid speculation that some teams had been overheating their tyres to comply with minimum starting pressures. This would mean that the temperature — and pressure — would drop when on track, improving performance but increasing the load on the rubber.

New temperature checks were introduced immediately and this weekend we’ll see how the new 18in tyres fare on the Baku street circuit.

So far in 2022, there have been no problems with the new tyres, but we will see how they compare to the 13in sets last year. Pirelli will do the same as 2021 by supplying the three softest compounds for Baku, in what tends to be a two-stop race.

Lewis Hamilton’s nose stud has almost certainly had more publicity this season than the AlphaTauri team — and the saga isn’t over yet.

After ordering drivers to remove jewellery before getting into the cockpit, the FIA granted Hamilton an exemption until the Monaco Grand Prix; some of his jewellery apparently being “welded” in.

The governing body has now extended its period of leniency until the end of June, which was welcomed by Hamilton who said that it meant he could arrive to the track as himself, but that he thought the spat has gone on for too long now.

It will rumble on, however: potentially coming to a head at the British Grand Prix, which takes place on the opening weekend of July.