Peter Arundell was never Lotus’s ‘number one’, but he deserved better 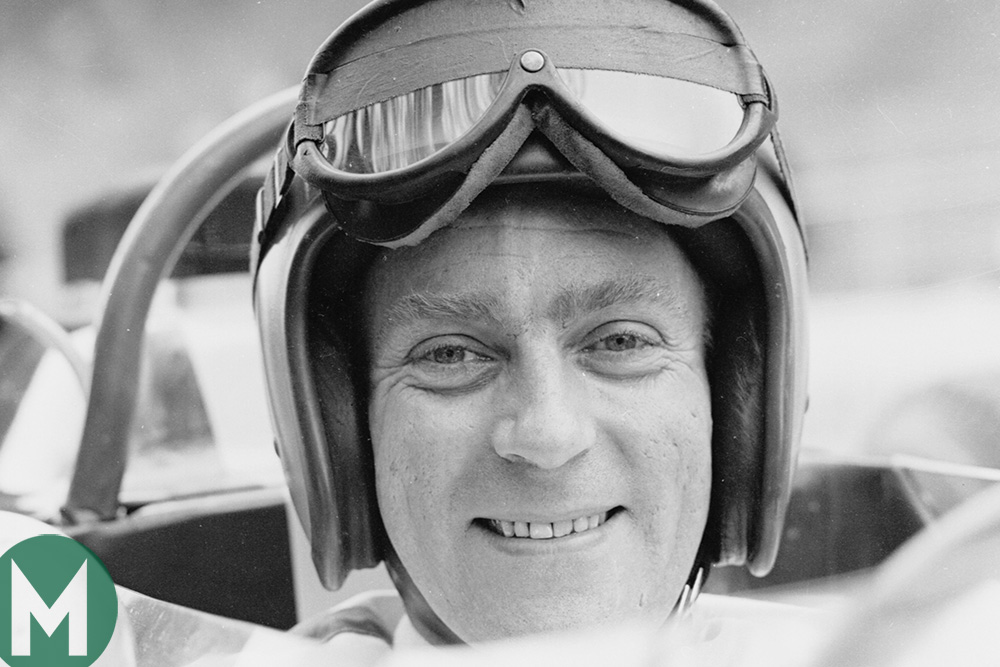 The Lotus half-spun and was struck and sent flying – “over the level of the trees,” according to Rindt – by Richie Ginther’s Lola.

A moment’s inattention in a ‘rush hour’ F2 slipstreamer typical of the period would effectively end a career of great promise.

Peter Arundell was just 30 – his vermillion crash helmet peeking over Formula 1’s horizon – when he landed in a “squalid” French hospital.

He spent more than a fortnight in a coma.

Then the nightmare began.

An operation to repair his broken right femur introduced an infection – osteomyelitis – and dashed all hope of a racing return in 1965.

He lost three stone during recuperation and was still in pain 18 months later when he crammed himself into a cockpit to show boss Colin Chapman that he still could.

Theirs was a strange relationship.

Ilford’s Arundell had sprung to prominence in a privateer Lotus Eleven sports racer and was a huge admirer of Chapman’s. And it appeared reciprocal when the latter offered him a drive.

Fate denied him any such opportunity

Whereupon Arundell won the race that changed everything.

The Junior encounter at the Boxing Day Brands Hatch meeting of 1959 saw the introduction of the first rear-engined Lotus and also provided Jim Clark with his single-seater debut, albeit in a front-engined Gemini rather than a Lotus 18.

Arundell, also making his category debut, prevailed in a… smoky two-stroke DKW-engined Elva. Chapman, who had not returned his calls, said: “Hey, I thought you were going to drive for me?”

Yet Arundell was still driving an Elva when he finished a distant fourth to Clark’s works, Cosworth-powered Lotus at Goodwood the following March.

The deal, when it was finally struck, was not quite what it seemed either. Although the loaned 22 raced under the Team Lotus banner – and under its team orders – Arundell prepared it himself.

Resentment borne of poor communication began to simmer and when he was ignored on the grid at Brands Hatch in October – Chapman had eyes and ears only for Clark – Arundell ignored orders and won.

He would later recount that Chapman kept him back a year for disobedience.

It was in both men’s interests, however, to continue working together.

Arundell was adamant that he could beat Clark given equal equipment and servicing, and Chapman liked that feisty attitude as well as the attendant smooth driving style and excellent testing feedback.

More: Looking back with Peter Arundell

So Arundell continued to follow orders in 1961 and played second fiddle to Trevor Taylor, Lotus’s next in line for Formula 1. The latter won eight times – and took the British title – to Arundell’s seven.

In 1962, however, Junior was all Arundell’s: 18 wins – including his second consecutive victory in the prestigious Monaco Grand Prix support race – from 25 starts to secure British and European honours.

Yet still he was forced to wait – because staying with Lotus in Junior remained his best option – and because of that was, according to new Junior team-mate John Fenning, forced to drive “the worst car Lotus ever built.”

The outer skin of the 27’s monocoque was fibreglass and lacked rigidity: the front suspension points would ‘pinch’ its sides under braking.

Only after Arundell persuaded Chapman, via Mike Costin, finally to re-skin it in aluminium did he begin to win regularly again.

He pipped Brabham’s Denny Hulme to the British title by a single point, and although there was no European championship that season – Junior’s last before being replaced by Formulae 2 and 3 – everyone knew who its king was still.

Arundell’s patience – as much as his obvious skills – had been rewarded further: with non-championship Formula 1 appearances at Solitude in July and Enna-Pergusa in August 1963. He finished second – to Jack Brabham and John Surtees respectively – on both occasions.

But a clashing Junior commitment at Albi saw him overlooked in favour of his Junior team-mate, the steady rather than spectacular, Mike Spence, as replacement for Taylor – injured at Enna – in the Italian Grand Prix.

A string of excellent non-championship F1 results commenced with Arundell’s leading and setting fastest lap in the rain of the Daily Mirror Trophy at Snetterton in March before his transmission betrayed him.

He finished second to Clark at Goodwood and then registered three thirds: at Syracuse – a charge in Spence’s car after his own had lunched another gearbox – Aintree’s 200-miler and the International Trophy at Silverstone.

He topped this with a third at Monaco – his world championship debut – despite yet more gearbox gremlins.

And matched it at Zandvoort’s Dutch GP – behind the victorious Clark.

Fourth in the French GP at Rouen placed him fourth in the championship standings – level on points with BRM’s Ginther – after four of 10 rounds.

Then came that momentarily lingering glance in a mirror at Reims.

No one knows for sure what might have happened but for that. But one can speculate:

Clearly Arundell was not going to replace Clark at Lotus and in Chapman’s affection; Surtees was the Brit-in-residence at Ferrari; BRM was Graham Hill through and through – until the starburst arrival in 1965 of Jackie Stewart; and Brabham had Dan Gurney and was grooming fellow Antipodean Hulme.

There’s no reason to think that the Arundell of early 1964 vintage – when his average qualifying deficit to Clark was 0.54sec – would not have been considered for that drive.

More: ‘Give me an equal car and I can beat Clark!’

Or that he would have considered it carefully given the opportunity – before probably staying as number two to Clark for 1965.

But fate denied him any such opportunity.

The Arundell of very late 1965 was aware acutely that Chapman’s patience – and offer of a guaranteed F1 drive upon his return to fitness – was wearing thin. So he grinned and bore it and made light of his lingering injuries.

He did so as Team Lotus slumped in F1.

Arundell finished third in the non-championship South African GP at East London in January 1966 – albeit two laps behind victorious team-mate Spence, soon to be given the flick for Arundell, remember – but thereafter struggled with overcomplicated BRM H16 power and overstretched BRM or Coventry Climax 2-litres in the first season of F1’s Return to Power.

Sixth place – seven laps behind the victorious Clark – at Watkins Glen in October conjured his only point of the season.

Upon returning home he would read in the newspapers – Chapman had flunked telling him on the return flight – that Ford had brokered a deal for Hill to join Clark as part of a Lotus superteam for 1967.

He would race just once more in a contemporary single-seater.

Arundell absolutely was not the driver he had been – though he had finished second to Rindt in April’s F2 Eifelrennen on the Nürburgring’s Sudschleife – but indubitably he deserved better treatment.

An ending unbefitting a king.