Half of Ferrari’s 2018 team is confirmed, the other half less so… 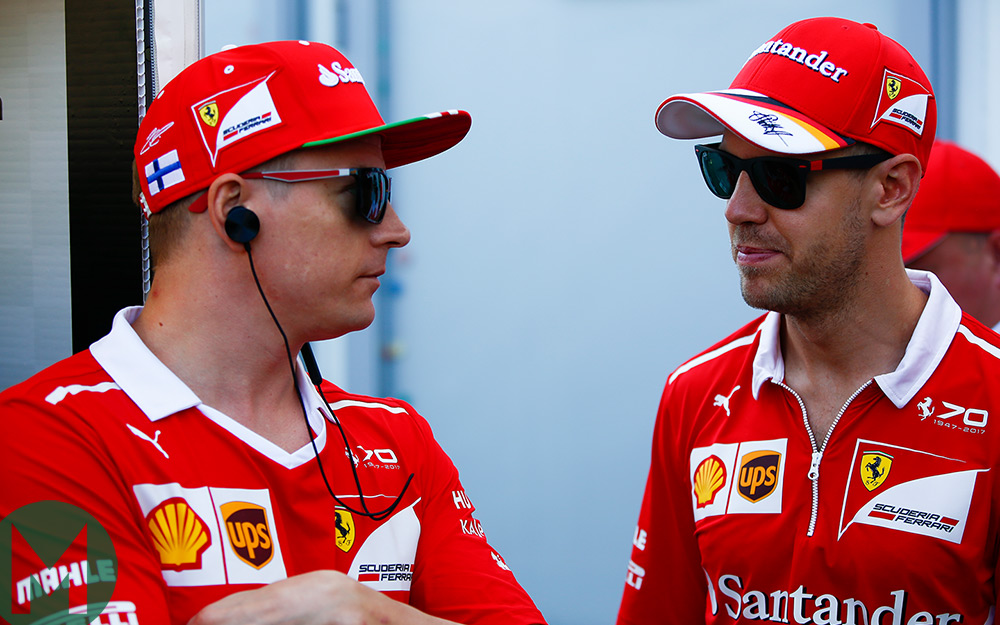 Ferrari’s re-signing of Kimi Räikkönen for one more year inevitably fuels speculation of why Sebastian Vettel has not also been announced.

It could just be as innocent as the final dotting of ‘i’s and crossing of ‘t’s of Vettel’s new contract have not been agreed yet and that the confirmation will come at Monza. There are at least three other possibilities however.

Whichever of the four possibilities, Ferrari need to re-sign Räikkönen. If Vettel is staying, Räikkönen is his preferred choice of team-mate and the dynamic between them, with Räikkönen there to do a very solid support role to Vettel’s title-chasing campaign, works well. The ‘title chaser with support’ model can be very effective (see the Schumacher years) but can be difficult to manage (see the Schumacher years). Räikkönen’s calm demeanour and wily old hand outlook means there’s no one better for this role.

If Vettel leaves, Ferrari needs at least one driver to stay the same for the sake of continuity. Having a reference point of feedback and data is incredibly important to teams as they go from one season to the next. So if Vettel leaves, Räikkönen is needed.

Räikkönen is therefore needed either way. We await developments with fascination.