… but there are questions surrounding his return to the top flight in 2019. Mark Hughes studies the situation 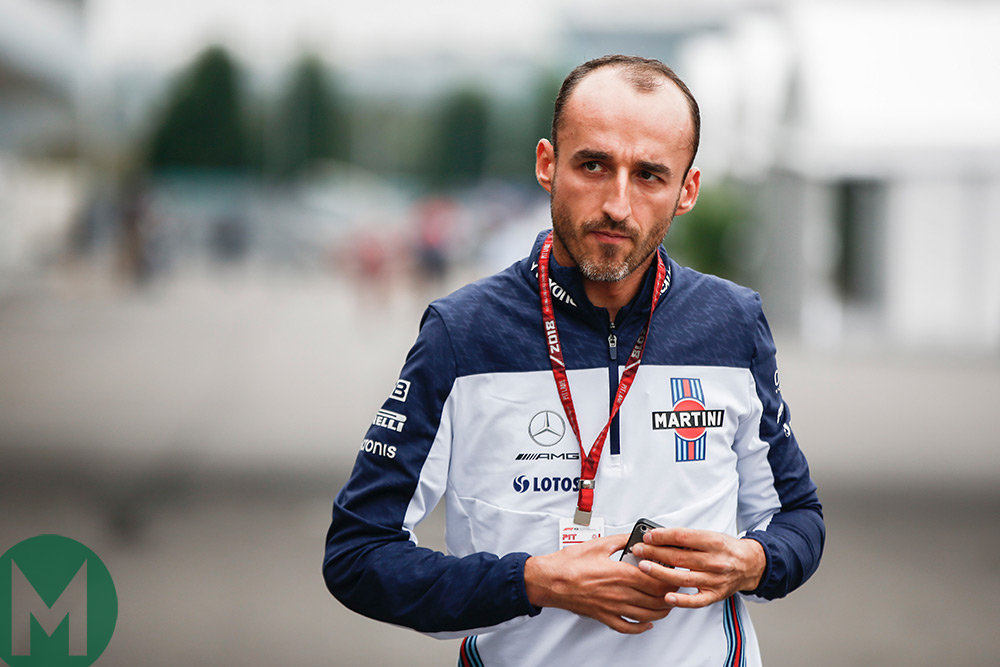 It finally happens: almost eight years after his apparently career-ending rallying accident, Robert Kubica is once more a full-time Formula 1 driver. He will race for Williams alongside George Russell next season. It’s a fairy tale come true, albeit with a couple of riders.

In some parallel universe Kubica didn’t make exactly the same choices that day back in early 2011. He completed his rally, raced his Lotus through the subsequent season, then took up his contract with Ferrari alongside Fernando Alonso in 2012 and established himself among the absolute elite of F1 drivers.

But in this universe it didn’t go that way. Instead, his singular passion for racing has pushed him, over an agonisingly long recovery period, to this point. He really has very little interest in anything but competing in cars – to an extent that is extreme even by F1 driver standards.

He has turned down a third driver Ferrari offer that may have included a few Fridays in a Haas, and there was also said to be interest from Renault to use his skills in the simulator.

Kubica will be 34 years old when he sits on the grid for the first time since Abu Dhabi 2010. That’s not too old and it’s quite feasible for him to contemplate another five years in F1 if all goes well.

If it does, this will surely become one of the greatest sporting comebacks – in any sport. But that cannot be assumed at this stage as there are two big questions hanging in the air.

The first is his personal level of performance: just how quick is he? There’s no question that he has found a way around his permanent arm injury in his driving of the car – he’s driven hundreds of laps and many days in testing over the last couple of years.

He’s adapted, as he explained earlier this year: “I drive how my body and limitations allow me. After my accident, I discovered to do a roundabout in a road car, you don’t have to grab the steering wheel. You can use friction to turn.

“F1 is not a road car, but I have also been in the school where they give you a bird in the hand and you have to hold it so it doesn’t fly away but you can’t hold it too tight that it gets scared. This is the way you have to hold the steering wheel.

“When I was racing in the past, once in Malaysia, one of the first weekends I was doing in 2006, there was footage when you saw me driving with three fingers open. I remember engineers were shocked. They said, ‘why?’ I said: ‘I don’t know, probably you don’t need to use all [the] power you have, you just have to use what is enough.’”

This is the driver, don’t forget, who took Eau Rouge flat with one hand, the other held over the F-duct control…

It’s a comeback littered with potential problems – but many said this day would never come.

He was almost at this point last year, the drive more or less secured, when he tested at Abu Dhabi – and didn’t go particularly quick. After all the variations in fuel load, tyres and engine were accounted for, the fastest Williams driver that weekend over a single lap was Felipe Massa. Next was Sergey Sirotkin, then Kubica, then Lance Stroll. Given that Sirotkin promised a much-needed big budget and had gone faster in the test, the decision to go with the Russian stacked up.

Privately, Kubica was telling people he just hadn’t performed in the test, that the complex tyres and how they behave around that track had caught him out. But now Sirotkin’s funding is less certain – and Kubica has, meanwhile, got more testing miles under his belt. On Friday at Barcelona, he’d lapped 0.8sec quicker than Stroll when the latter ended his session with an off, which allowed Kubica to take advantage of the improving track to eventually go 1.2sec faster.

In his Austria Friday outing he was trying a wildly experimental set-up that proved disastrous, so his slow times there can be discounted. He drives again this Friday morning in Abu Dhabi.

Subsequent simulator tests have suggested him to be quicker than either Sirotkin or Stroll. But that’s a simulator. He was also very fast in Red Bull’s simulator a year ago – comparably quick to its race drivers… But for the watching world, most of which is nonetheless willing him on, the jury is still out on his ultimate pace.

Just a few absent tenths would ultimately end the dream, and with an ambitious and quick rookie alongside, any missing performance will be exposed.

The second obvious question, of course, hangs over the performance of the car. The Williams FW41 has been a disaster. Williams believes it now understands exactly what went wrong and is guardedly optimistic about its 2019 car.

So, it’s a comeback littered with potential problems – but many said this day would never come.

Kubica is the man who can never be written off. Stand by.

More: Why Leclerc will win at Ferrari