Influential F1 engineer Robin Herd, who mentored the likes of Niki Lauda and Ronnie Peterson, and served as one of McLaren’s first chief designers, died on Tuesday. Grand Prix editor Mark Hughes looks back at the life and career of his friend 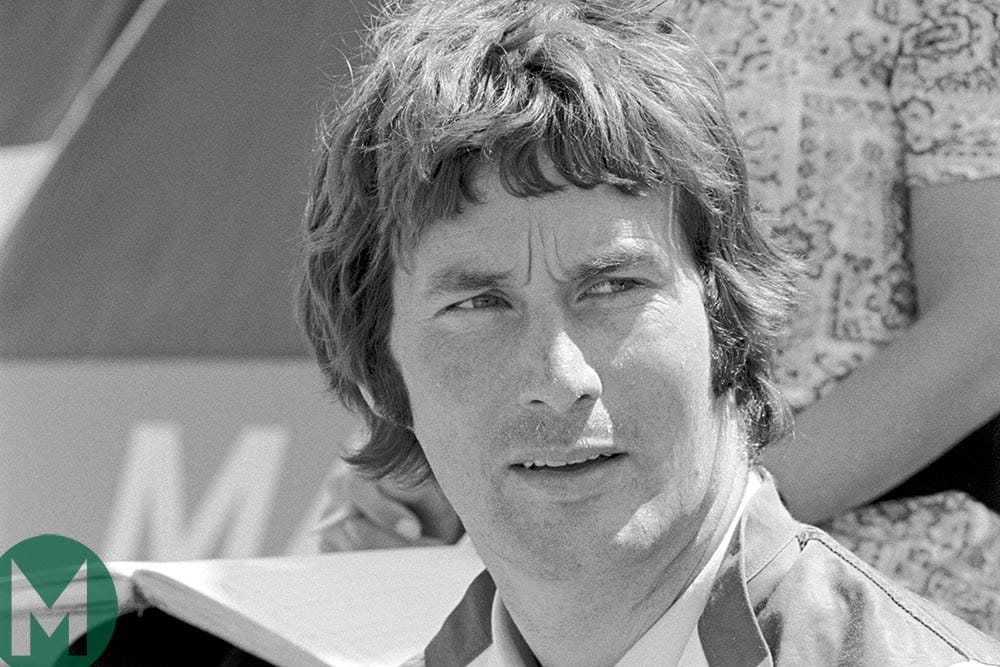 Robin Herd, who passed away on Tuesday after an extended illness, made his name as Max Mosley’s main partner in the March racing constructor. He was the chief designer of the March Formula 1, F2 and Champ Cars of the 1970s/early 80s and was possessed of great intellect, charm and enthusiasm. He was also instrumental in the careers of Ronnie Peterson, Niki Lauda, Jean-Pierre Jarier, Hans Stuck Jr, Vittorio Brambilla, Bruno Giacomelli and Teo Fabi, acting as an early mentor for them all as well serving as their race engineer.

Although an Oxford contemporary of Mosley’s, they knew each other only slightly at that time and arrived in racing via separate routes. After graduating in physics, Herd was recruited to the aerospace industry and in the 1960s was part of the team working on the design of what became Concorde, the first supersonic passenger aircraft.

He found that processes moved a little too slowly for his tastes and after being tipped off about a vacancy at the newly formed McLaren Racing by his friend Alan Rees (later a fellow founding partner in March), he joined early in 1965 as the chief designer, a title that by his own later admission he was in no way equipped to justify. But he found there a marvellous collection of individuals, inspired and coalesced into a formidable team by the personality of Bruce McLaren.

“Of all the places I worked,” he would later recall, “McLaren had by far the greatest combined intellect. It was an extraordinary collection of exceptionally gifted people at that time and I was extremely fortunate to have landed up there at that time.”

Together, they created the first McLaren F1 car, the M2B for which Herd utilised Mallite, an aircraft-inspired construction material that offered superior stiffness to aluminium for a given weight. He later conceded that the tub was around eight times stiffer than it needed to be for the cornering forces the car could generate – in exchange for a very difficult construction method.

McLaren in its early days needed income and one of the very valuable sources of it was in Can-Am racing where the prize fund was such that money was made rather than spent, as in F1. Herd designed the dominant M8, the basis of the ‘Bruce and Denny’ show in reference to how McLaren and Denny Hulme cleaned up for four years from 1968. At the heart of its success was a hidden aerodynamic secret: its underbody generated ground effect years before it could be applied to F1. “I had a vacuum gauge measuring the pressure of the underbody,” recalled Herd, “and I squeezed in alongside Bruce at Goodwood. And sure enough, as the speed built up so the gauge zoomed around into negative pressure. I was celebrating in the cockpit like I’d scored a goal!”

He left McLaren to take up the offer of a job at Cosworth designing the ill-fated four-wheel-drive Cosworth F1 car. “Cosworth was a much more aggressive, hardened, engineering environment than McLaren,” he recalled, “and your deficiencies as an engineer would be pointed out in no uncertain terms – and they were!” But it was further vital experience and by this time his reputation was such that Jochen Rindt had already sounded him out about the idea of being the designer for a planned Rindt ‘Superteam’ for 1970. In the end, a fallen-through sponsorship agreement scuppered that prospect but in the meantime Mosley was also trying to convince Herd to be designer of the new enterprise he was forming (which would become March). Mosley tried to combine his programme with Rindt’s but the latter wasn’t interested; he wanted Herd as part of his own independent team, but not the whole March project.

So Herd eventually threw in his lot with March. With just six months notice, Mosley gave him a strict budget and a deadline to have a new F1 car built and ready for the opening race of 1970. He was severely limited by circumstances into creating a very simple car – but remarkably it locked out the front row on its debut in the hands of Jackie Stewart and Chris Amon. It won its second grand prix (Spain). It was a remarkable statistical achievement but the car’s ultimate potential was adrift of the more sophisticated cars from the established Lotus and Ferrari teams.

March never did attract the commercial backing required to be a cutting edge F1 team – though it did finish second in the 1971 championship with Peterson – but it became a highly successful constructor of customer cars in a variety of categories. Furthermore, it became an often-dominant force in F2 in partnership with engine supplier BMW, all with Herd-designed and engineered cars.

After F1, Herd created a successful line of Indycars, spearheaded by Fabi in the early 80s and for a time it was the customer car of choice. He was instrumental in bringing on a promising aerodynamicist Adrian Newey during this time.

After March fizzled out, Herd pioneered a highly-successful energy and waste disposal process which was licenced to councils throughout the world. He was also for a time a director of his beloved football team Oxford United.

He combined his intellect with an effervescence and a common touch, far less imperial than his friend Mosley. Back in the ’90s I left a phone message for him. I didn’t know him at the time. He rang back and said, “As a director of Oxford United, if I get a call from Mark Hughes, obviously I’m going to be interested,” he joked. “Oh, you haven’t seen me play,” I replied. “You haven’t seen Oxford United play!” he countered. So began a friendship. Later, he was explaining how his energy and waste disposal system worked. Did he invent it himself, I asked. “Yes, you cheeky bastard,” he fired back with a huge grin. Godspeed Robin.

The Robin Herd story by McLaren from 2015