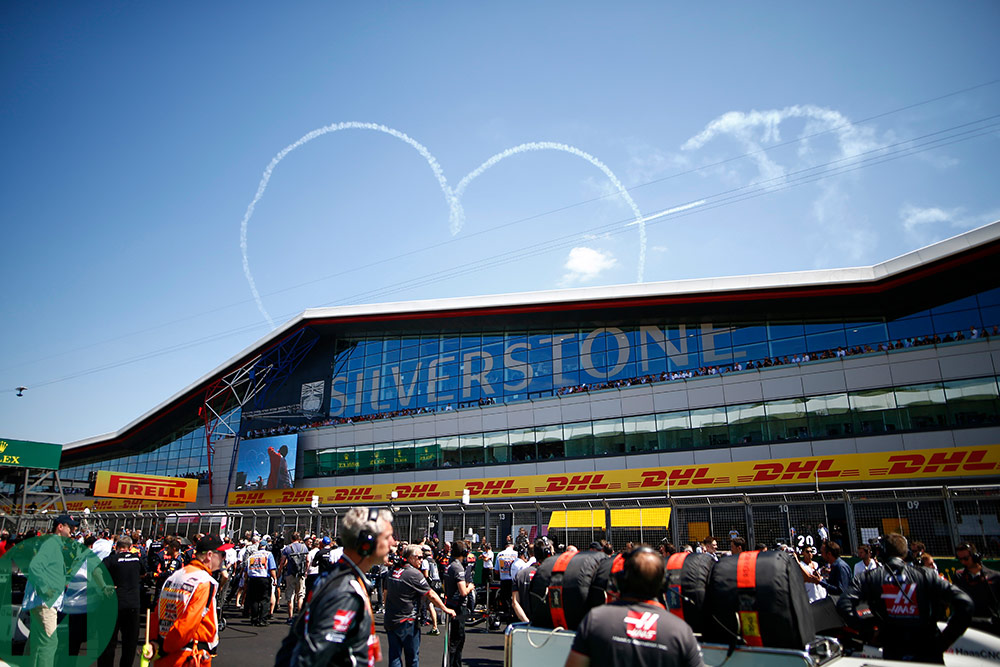 When it was conceived sometime last week, this column was going to be an impassioned defence of the British Formula 1 Grand Prix. It was to be filed a week late to point out that as things stand, and unless Silverstone and Liberty Media move a whole lot closer together than they are right now, there could be just one more Grand Prix to come… possibly ever.

I was going to point out that not only was the 1950 British Grand Prix the first ever round of the first Drivers’ World Championship in what is now known as F1, but then, as now, it was held at Silverstone. I’d mention that the British and Italian Grands Prix are the only races that have been held every single year since and if I felt I’d not quite made my point – or still had some space to spare – I was going to revert to good old tub-thumping about F1 being an essentially British business and how not having a British Grand Prix would be like abolishing the BBC. For good or bad, it is part of who we are. Which, on reflection, is an entirely ridiculous thing to say, but by then I’d whipped myself into a frenzy of patriotic fervour (or as close thereto as a careworn hack chasing a deadline is ever likely to come).

Even so, I settled down on Sunday afternoon to watch the race in real time because, first, I always do for the Silverstone and Spa rounds and, second, because if I’d employed my usual technique of recording the race then watching in fast-forward until I see the word ‘replay’ appear on the screen, I might have missed something germane to the production of this column.

Anyone kind enough to tune in and read these words every fortnight will be aware that F1 and I have become like an old couple who have long since run out of things to say to each other. It seems to have very little interest in how a once rabidly enthusiastic fan would like the show to be; I now tune in more out of habit and hope than out of any level genuine passion for what I’m seeing on my television.

But, by the end of the race, that passion had returned. It was a fabulous couple of hours of racing, full of overtaking and intrigue, incident and injury-free accident. For those last few laps when it seemed both Ferraris might launch insanely brave moves against both Mercedes almost at the same time, I was on my feet making so much noise one of my daughters came to check in on me.

The real star of the show was not Sebastian Vettel or Lewis Hamilton, Max Verstappen or Kimi Räikkönen: it was Silverstone. There is nowhere the circus goes that makes F1 cars look better, though I’d say Spa is on a par. And this is important because, even at Silverstone, you get days when the racing isn’t as great as it was on Sunday.

Watching these latest F1 cars just circulate, even alone, is a sight of which I did not tire. I reckon most people reading this will have, at some stage in their lives, been in a car as it drove through Copse corner, so we know what it’s like. And to watch F1 cars turn in later than late, flatter than flat is as mind-boggling on the last lap as the first.

There are still issues. The way both Hamilton and Räikkönen made their way back through the packs spoke rather too much of the influence of DRS, for this was not racing but mere obstacle negotiation.

And while it is, of course, technically correct to point out that there’s no point trying to defend against (for instance) Hamilton’s Mercedes if you’re driving a Force India – because you’ll slow yourself down, he’ll eventually overtake, and you don’t want to cheese-off your engine supplier – the way two-thirds of the field meekly stepped aside despite racing for position was rather dispiriting.

We could have done without Hamilton’s petulant refusal to be interviewed in parc fermé as well. He wasn’t happy, and that’s understandable, but someone should remind him he’s still paid an unimaginable amount of money to do what he purports to love, and a little more grace would not go amiss, otherwise his words (when he finally deigns to speak) about how wonderful are the fans he’s just ignored become open to misinterpretation.

None of these, however, are problems with the venue. If Liberty is serious about its intention to preserve F1’s heritage, engage more the fans and improve the show, then letting the British Grand Prix slip off the calendar would be just about the worst way of showing it. I’d hazard to say that Monaco, an amazing place with heritage oozing out of the walls, would be an easier loss to take on account of how rarely it hosts a really thrilling F1 race.

So, more than ever, it seems absurd that F1 would continue without a British Grand Prix. But as there is nowhere else in the UK that can host it, if Silverstone and Liberty cannot agree terms, that is what will happen.

It’s unthinkable. The British Grand Prix has been imperilled before, yet here it remains. That’s no guarantee of anything, but sooner or later common sense tends to prevail, and removing the race from the calendar would expose Liberty to the wrath of the public, already discontent at years of perceived disdain from the previous administration.

In short, the events of Sunday afternoon at Silverstone are testament to why the circuit needs to stay on F1’s calendar.