Mick Schumacher’s presenting of one of his father’s crash helmets in touching tribute to Lewis Hamilton at the Nürburgring on Sunday was also a reminder that eras come and go, and that life is short and unsure.

Michael and Lewis barely overlapped on the track. Schumacher was elbowed out of Ferrari the year before Hamilton arrived as Formula 1’s best prepared – and best, as it turned out – rookie. And at the end of 2012 they swapped helmets to mark Schumacher’s leaving F1 – after three underwhelming extra seasons with Mercedes-Benz – and Hamilton’s joining the Silver Arrows.

Yet they are linked in many ways above and beyond their 91 grand prix wins – and soon to be seven world titles – apiece.

Both were born in January, albeit 16 years apart. Both are blue-collar heroes. Both families made sacrifices for them to achieve their dream. Both immediately caught the eye at the highest level. Both were fundamental to the revival of sleeping giants. Both used their status and wealth to reach out, support and inspire in the wider world. And both divided opinion as they did so.

Their F1 records, of course, are too big to ignore – and contain parallel themes; increasingly so if those painful last 58 GPs without a win for Schumacher 2.0 are, ahem, glossed over.

Spend 15 seasons – coming up 14 in Hamilton’s case – operating at the sharp end of an extremely competitive environment and you are bound to experience highs and (relative) lows, no matter how good you are. The keys to it are digging in during the darker days and making hay while the sun shines.

They were just warming up.

For much of that time, of course, they were in the best car. Winning aboard inferior equipment is perhaps a more illuminating test of greatness. 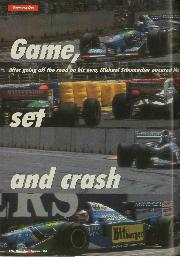 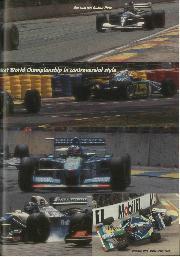 Game, set and crash. After going off the road on his own, Michael Schumacher ensured his first World Championship in controversial style. AII sorts of emotions must have been running…

Both Schumacher and Hamilton tackled five seasons with packages demonstrably second-best, or worse. They scored at least one victory in each and every one of those seasons and mined 11 from the 84 GPs (Schumacher) and 13 from the 94 GPs contained therein.

Schumacher finished a combined 21 places higher in the final standings than his various team-mates, who had not a single win between them, and scored 43.75 per cent more points. (The latter figure admittedly includes the 78 docked for his inglorious part in Jerezgate in 1997.)

Hamilton was not so obviously dominant in times of ‘hardship’. He was a combined eight places higher and just 3.35 per cent better off than his team-mates, who mustered 10 wins between them.

There are caveats: quality of team-mate; capability of ‘second- or third- rate’ car; ethos of team; and a more generous redistribution of points from 2010.

Only recently – and still yet not to the same obvious extent – has Hamilton had a team wrap itself around him, as did Benetton and Ferrari with Schumacher. And for four of those five seasons he had a past and future world champion team-mate.

Jenson Button got into Hamilton’s head in a way that Messrs Brundle, Patrese, Irvine and Barrichello could not/were not allowed to with Schumacher.

And Nico Rosberg, who scored two wins to Hamilton’s one during their first season together at Mercedes-Benz in 2013, would follow Button’s lead – albeit with rather more false bonhomie – to win the 2016 title.

Hamilton has no doubt improved continually since. The first four GPs of 2016 were arguably the last time that he took the foot off the gas. Certainly smart guy Rosberg – physically and mentally spent after a monumental effort – knew what was coming and sensibly ducked out, bragging rights intact.

The only ‘team-mate’ to get under Schumacher’s skin was Luca di Montezemolo’s future-proof signing of Kimi Räikkönen for 2007.

Prior to his departing Ferrari in response, Schumacher’s 91 wins had come at a rate of one every 2.7 starts. By the time of his second retirement this had been skewed and ‘slumped’ to 3.36.

MPH: Lewis Hamilton the difference in F1 championship race — not his Mercedes

Six world titles and amazingly there are still some who put Lewis Hamilton’s achievements down to the dominance of his Mercedes in the hybrid era. Whilst it’s true that Mercedes…

Is it possible to compare then with now?

Firstly, he is entitled to his opinion. Secondly, that opinion carries great weight because of his achievements. Thirdly, his reasoning understandably contains biases: personal friendships, and the decreasing element of life-threatening danger in F1 – something that he is hailed as being largely responsible for. And fourthly, that’s not a bad list to be fourth on – without wishing to second-guess Sir Jackie’s unannounced choice.

But are Schumacher and Hamilton so far removed from one another that comparison is inequitable?

Their F1 careers have followed broadly similar paths and the mindboggling statistics generated underpin the same story: indubitably they were/are the best of their eras.

But should one feel a need to rate them – I fall into the Hamilton camp – it will likely be moments and memories, both good and bad, plus informed opinions and gut-feel, that decree any order: the how rather than the how many.

So let the debate begin – on the understanding that Schumacher’s current plight and Hamilton’s shining a light on life’s bigger picture/problems has put F1 into perspective as just a bit of (serious) fun. 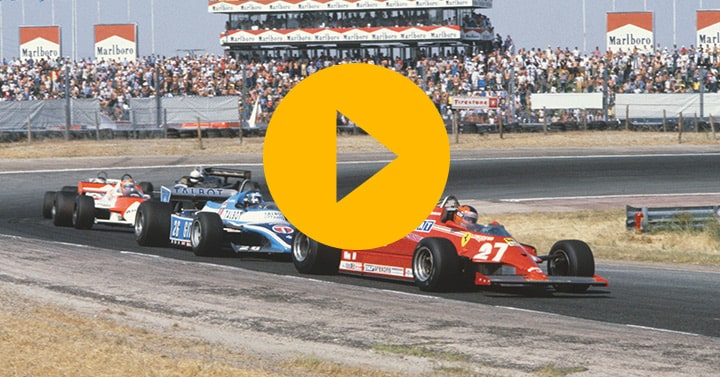 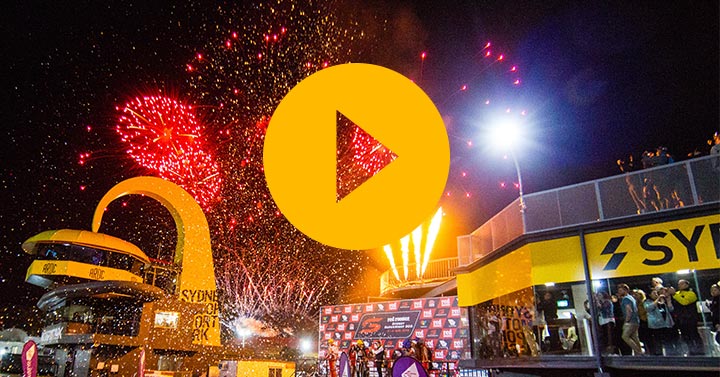