Max Verstappen and Charles Leclerc are already long-established as perma stars of this generation, both multiple grand prix winners driving for top teams and with many stunning individual performances to back up their stature.

The two drivers looking certain of joining them but who have yet to win are Lando Norris and George Russell. Given McLaren’s ever-closing gap on the top two teams and Russell’s recruitment to one of those teams for next year, their prospects could hardly be more exciting. Watching their exploits as they rubber-stamp their champions-in-waiting status in Formula 1’s new era is a hugely exciting idea. 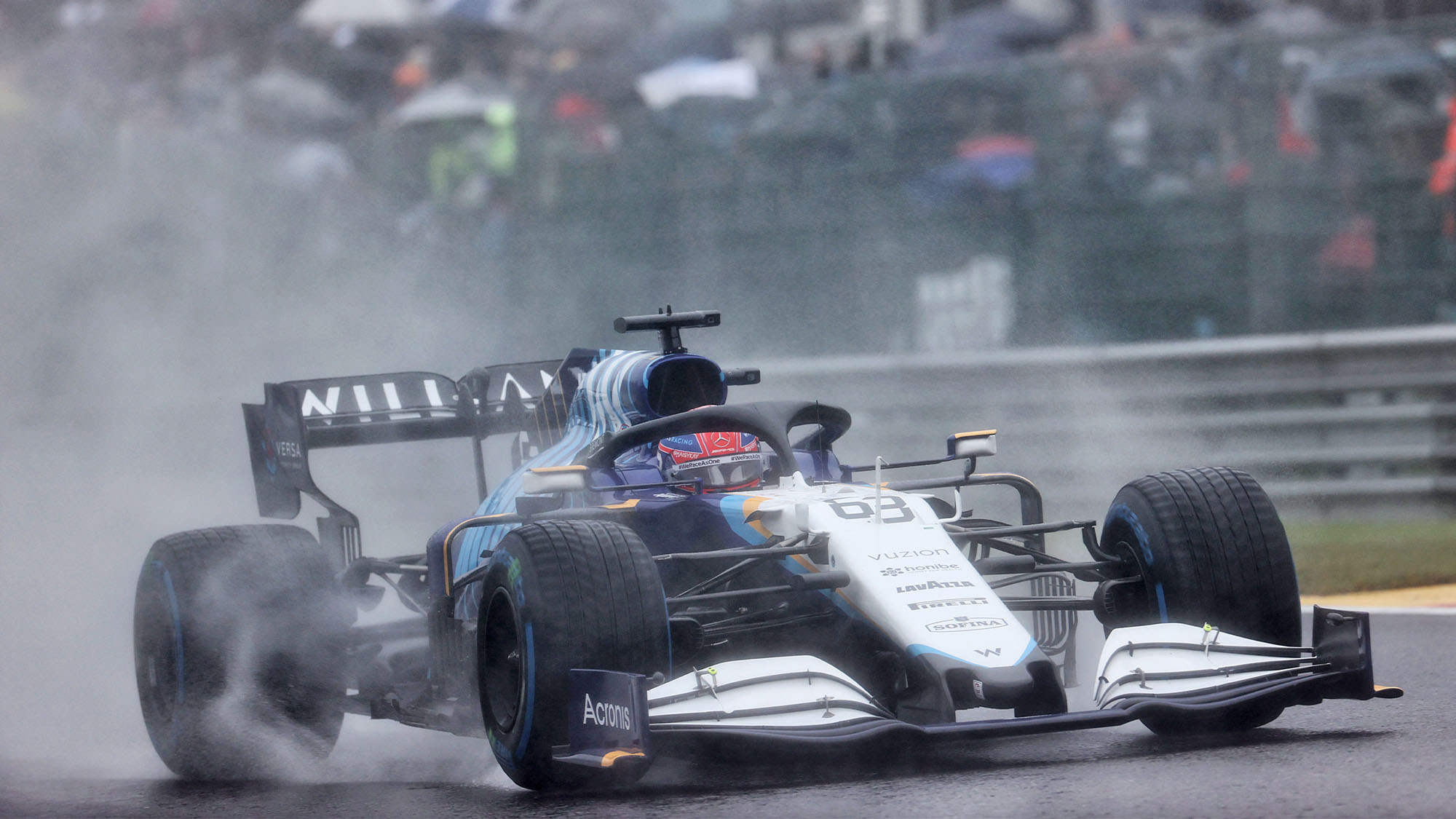 Russell’s Spa qualifying lap could be a career-defining moment

We’ve had more chance to observe Norris’ star quality in a steadily-improving McLaren in the last three seasons than we have of Russell’s struggles with a Williams which for two of those seasons was F1’s slowest car. It’s still only a marginal Q2 qualifying sort of machine, but that’s been enough this year for Russell to remind us that he’s capable of extraordinary things, that he’s the very same driver who jumped into that Mercedes last year and damn near won on his debut for the team. He almost won that Sakhir race twice in fact, denied the first time by a pit crew error and the second by a puncture. For someone who hadn’t driven the car before and who didn’t even fit it, it was an extraordinary performance.

His qualifying laps at Silverstone and, in particular, Spa-Francorchamps this year were demonstrations of the same stunning ability but in a Williams. Putting it on the front row around a wet Spa was a qualifying lap for the ages and watching the onboard footage of it was to see an amazing dance on the edges of grip but with the car barely seeming to realise, so silky and unflustered were his inputs. Even on the couple of occasions the car snapped on him on corner entry he had so many options on hand to calm it, to improvise a different way of doing the same thing, which was to maintain maximum momentum at all times. Yet the steel beneath the silk glove was raw and obvious as he committed to the Eau Rouge sequence which in these conditions was far from flat. He took chunks of time out of anyone there, even Verstappen, and that carried all the way down the long straight that follows.

Norris had crashed spectacularly out of that session at that same Eau Rouge section, having gone fastest of all in both Q1 and Q2 and looking every inch a pole contender. The confidence he’d carried in those sessions – and the enormity of the prospect of sticking his McLaren on pole – probably played into the error, as he was the first to attack the corner in conditions which had worsened considerably since Q2. 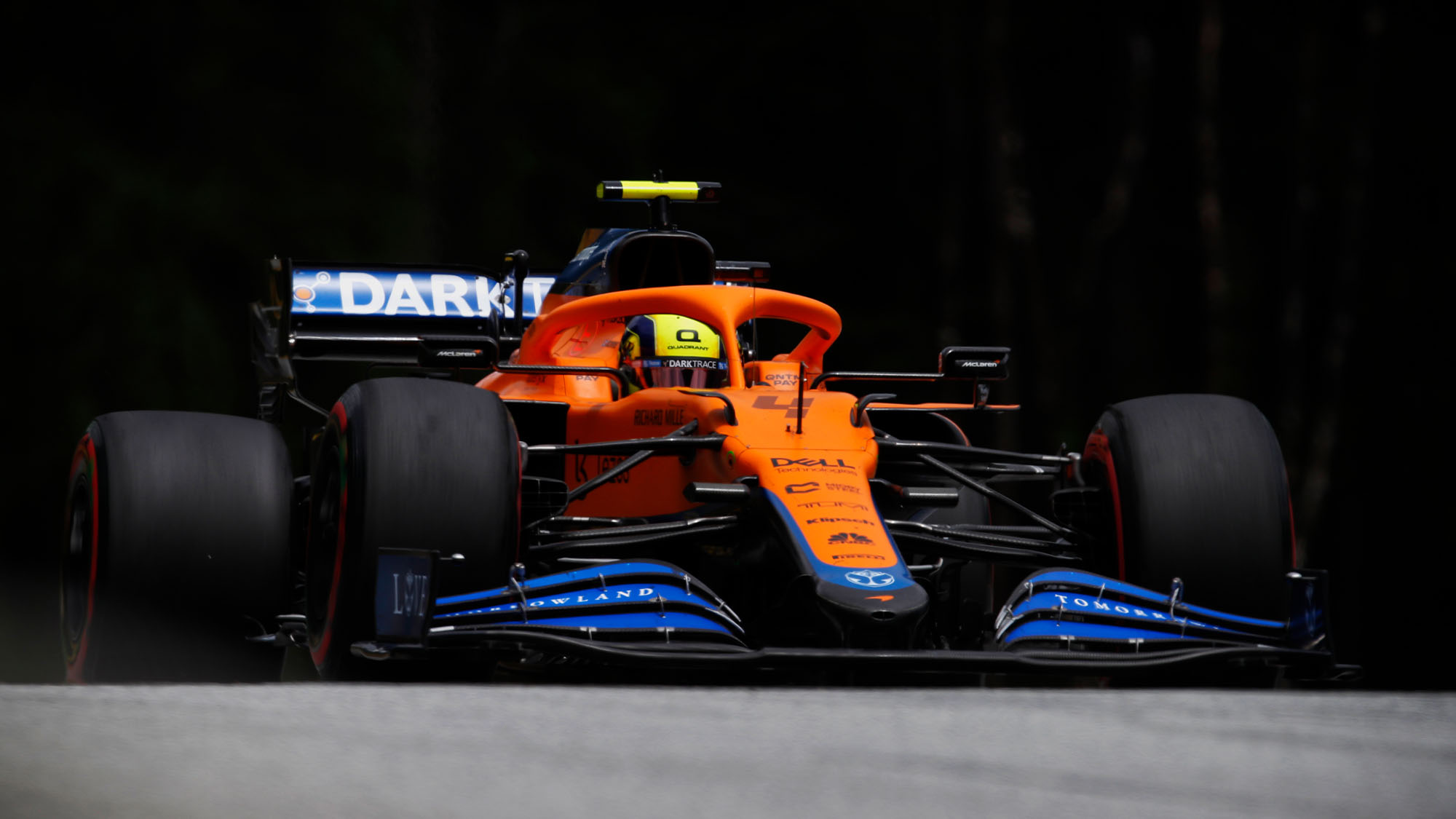 But for a more fruitful demonstration of Lando genius, look no further than qualifying for the Austrian Grand Prix, where he came within a few hundredths of stealing pole from Verstappen’s Red Bull. The McLaren was good around the Red Bull Ring – a big proportion of the track is comprised of DRS zones and the car has a particularly powerful DRS stall boost – but it wasn’t a Red Bull.

The lap was all about Norris’ amazing acrobatics, taking a monstrous amount of time out of anyone through the first turn before the tyres were fully warmed and following it up with the most breathtaking piece of judgement and car control through the penultimate corner, flicking the car into the quick downhill turn and using the edge of the sausage kerb on the exit to contain the slide. Hit that kerb just a little harder and you go over it, destroying the suspension. To have the audacity to actually use it to trim the excess of a slide was just outrageous.

Their styles are quite distinct, Norris with a fizzing ebullience which matches his persona very well, Russell with a silky command of everything around him. For those old enough, it’s rather like watching a reboot of Jochen Rindt/Jackie Stewart. Seeing those traits play out as their careers come into full bloom is sure to be a shining feature of what might be a coming golden age.