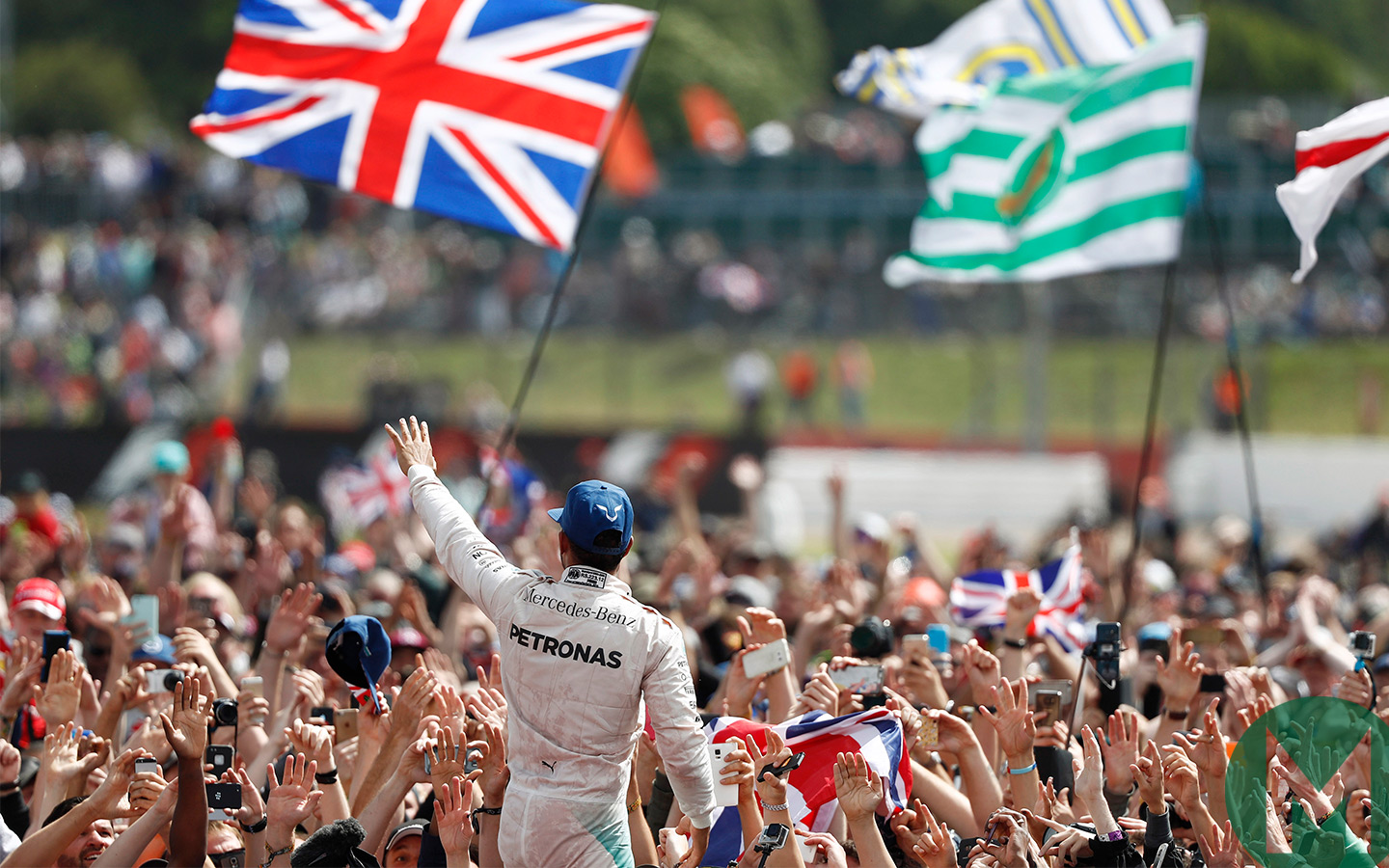 From surprise to expectation, the public response to Silverstone activating the break-clause in its contract to host the British Grand Prix has been mixed. While some have threatened to turn their back on the sport, others have questionned what the fuss is all about. Everyone can agree that the situation is far from ideal, but what’s the solution? Well, from a race on the Isle of Man to a non-championship Grand Prix or the reinstatement of Bernie, you’ve covered all ground there too. Silverstone has had its say, Liberty has had its, but here is your take on the Silverstone-British Grand Prix debacle.

News? This was always going to happen

‘Surely Liberty knew F1’s business model was unsustainable when it bought the circus. Its solution to declining TV viewer and spectator numbers better be good, or its ambitious project and F1 are both heading for disaster.’
– Mike Jacobson

‘”The terms of the 17 year deal were crippling”; one has to ask why the BRDC signed them. It just kicked the problem down the road.’
– Melonfarmer

‘Silverstone does not receive any Govt finance at all I understand, whereas all the other circuits do. That fact alone surely can make a one off special case for Silverstone with re negotiations for continuing under a new financially viable deal.’
– Peter Hinitt

‘Silverstone charge the most have the largest crowds have a permanent track that is multi use and it is hardly down town Chelsea prices. If they can’t make money then maybe their approach is the problem since countries all over the world make do with less.’
– Craig Moy

‘Correct decision. They should not host another F1 race until they are sure there is some payback. Why should the circuit owners subsidise F1?’
– Derek Ropner

What happened to the new era of F1? Sort it out, Liberty.

‘OK, Liberty. Ball is in your court. Time to sweep BCE’s wretched contracts and “style” into the dustbin of history. There MUST be a British GP, as there must always be an Italian GP, a French GP, and a Belgian GP at Spa-Francorchamps.’
– Leone

‘A new deal model is long overdue. For all the buzz they were making with Europe being the backbone of F1, Liberty should engineer some sort of special deals with/for historic GPs. Yes, the French GP is back (miraculously), but the German, Italian, and now British GPs are in perpetual danger, it seems.’
– Ciprian Radu

‘A circuit (any circuit) shouldn’t require any outside finance to ensure a break even situation. The circuit should be able to pay for it themselves if that have sell out crowds. Time for BC’s frankly outrageous demands to be tempered. We don’t have a French and German race currently which is not a good situation, let’s hope the British race doesn’t disappear, even temporarily.’
– Jamie Smith

‘Whilst it is true to say that F1 has always been about business, it seems that the ‘sport-business’ slider has now moved rather too far towards ‘business’ and in doing so has alienated many fans.’
– Richard Hardwick 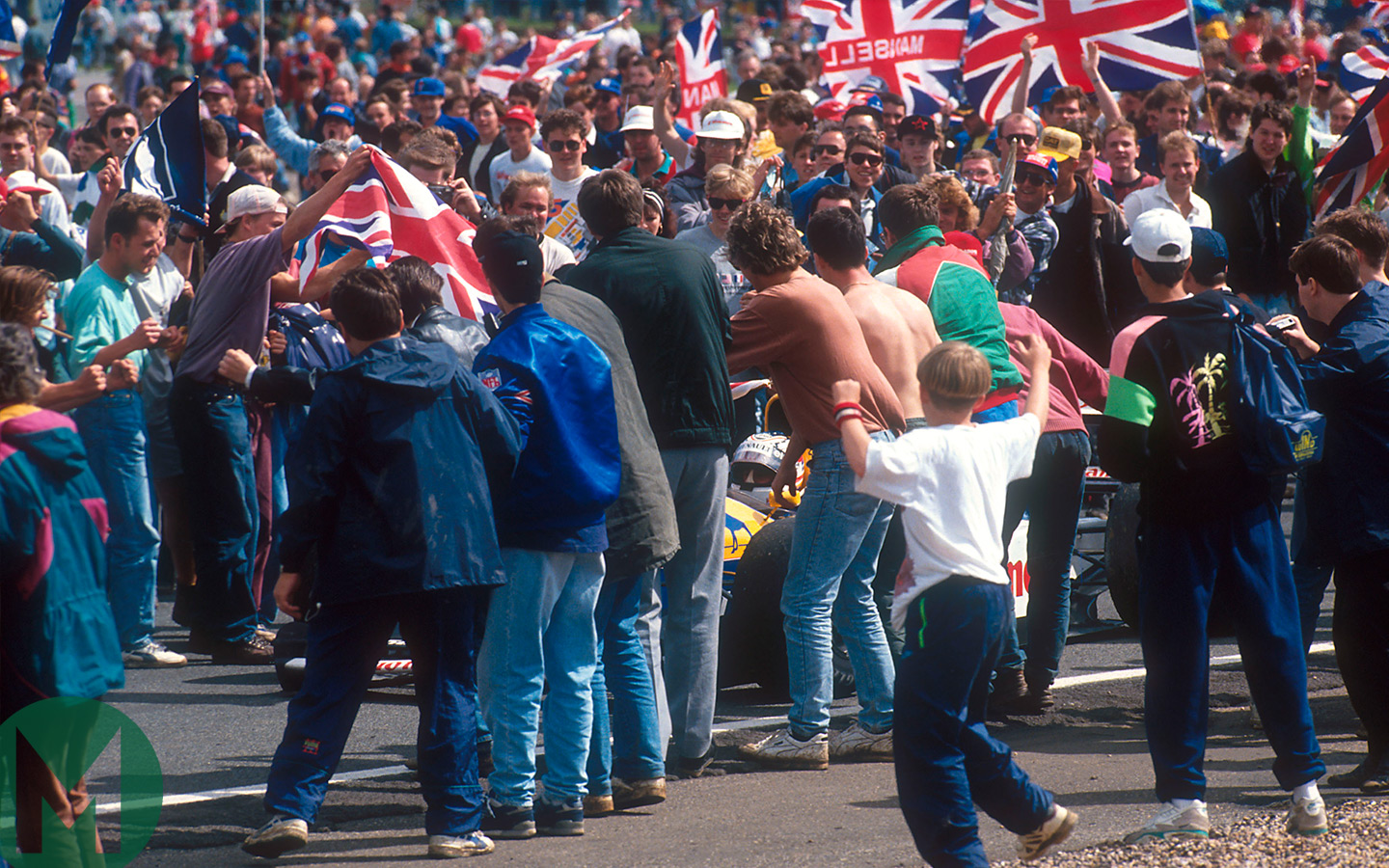 What’s the fuss about Silverstone anyway?

‘I don’t get how a flat track based on an airport gets so much love. It’s not exactly a thrilling track.’
– js73091

‘Silverstone…its just a dreadful place to watch motorsport, flat, boring and usually accompanied by a biting wind. Apologies to those who love the place but its not very inspiring…however hope some new terms can be agreed and the British GP stays…even if its at this forgettable location.’
– SkodaTony

‘I have little sympathy with the BRDC. Silverstone is a terrible place to watch a motor race these days and they’ve never really put much effort in to ordinary spectator facilities.’
– Jeremy Cogman

‘Well they ruined the circuit layout itself. It’s a mess compared with what it used to be. The fact that it is still better than many other F1 circuits is merely a testament to how awful most modern F1-ready circuits are.’
– iain

‘Brands Hatch is just fine the way it is for Masters F1. It will be ruined if it’s upgraded, which I don’t think will ever happen, and nor should it. Either race on as it is or go and spoil some other circuit. Silverstone 1985 or earlier any day over what’s there now. I’m not sure COTA gets govt funding either. Silverstone can’t be the only one.’
– Andrew Scoley

Is there an alternative?

‘The BRDC could do worse than get Jonathan Palmer engaged in any future negotiations. He seems to manage to run most of the UK circuits profitably.’
– Graham Spencer

‘Brands is the greater circuit, but even if it overcame safety and political obstacles (and refurbished its paddock), I very much doubt modern F1 cars would be able to overtake within its confines.’
– Samir

‘This gives Liberty the opportunity to offer Silverstone a low cost solution that many have advocated for, for years: restart the traditional BRDC International Trophy race. Silverstone can host a low cost non-championship event in March, or early April. Teams should be encouraged to run one regular driver and their 3rd/Friday practice driver. […] F1 racing at Silverstone should never end, but the never ending brinksmanship from the BRDC has to stop.’
– F1Jester

‘I don’t know why they can’t go back to alternating between Brands Hatch and Silverstone like they used to. Brands was a real drivers circuit where a great driver could make the difference. I know that it may not be up to current F1 safety standards but I’m sure it can’t be anymore dangerous than Baku for instance.’
– Chris Bloom

We’ve been here before. A solution will be found in time.

‘I think the solution is very simple. All liberty need to do is find a dictator who’s willing to come along and conquer the UK. Then he can just pay the £50mil a year or whatever the going rate is. Problem solved and everyone wins, I don’t see any downsides.’
– Kay111

‘Didn’t you know we have Brexit coming? Then it will be the UK conquering the world, God in his Heaven, BGP at Silverstone, London GP at Brands Hatch, North GP at Oulton Park and Mercedes Benz a subsidiary of Morgan.’
– Guy Lambert

‘This risk will have been assessed as part of Liberty’s due diligence when buying the rights, so they will have a contingency. With F1 audiences declining and with nothing available in the short term to stop that trend, Liberty will have little choice but to renegotiate the British GP, along with several other races.’
– Simon Harvey

‘Could Bernie not step up, buy Silverstone, renegotiate his former onerous fee schedule downward with Liberty, then sell the circuit onward to some newfound sucker at a hefty profit?’
– Anthony Jenkins

‘It’s just Silverstone setting up a renegotiation of terms. No need to panic.’
– Steve Wilkinson

‘As bad as the situation is, one senses that an accommodation will eventually arise. Ecclestone essentially created a time bomb that, typical of the man, was timed to explode after he had already left the field of battle. Thank goodness that era is now over and we can hopefully look forward to a more collaborative business model with food at the table for everyone involved.’
– Chris Wright

‘We’ve been here before, and this latest in the long-running saga of Silverstone and the British Grand Prix relates directly back to events of almost a decade ago. Silverstone surrendered the event back in 2008, unable to agree to the terms demanded then by Bernie Ecclestone who did a deal instead with entrepreneur Simon Gillett for the race to be hosted at Donington Park from 2010-27. As things then stood, the 2009 British Grand Prix was set to be the last hosted by Silverstone, just as 2019 is currently set to be the last. The funding model of the Donington venture fell over part-way through circuit reconstruction and Silverstone was able to re-negotiate a deal with Ecclestone to continue. But the terms of the 17-year deal – reached with the BRDC in 2009 – were crippling. Which brings us back to here and now.’