As the camera cut from one failure to the next, there was a sense of déjà vu as drivers were forced to limp around Silverstone with deflated Pirelli tyres, causing as much discomfort for those in the tyre firm’s Milan HQ as the drivers hobbling round the circuit.

Following the race, tyres from Lewis Hamilton, Valtteri Bottas and Carlos Sainz were bagged up in red plastic by Pirelli ahead of an inquest back at its Italian factory, ahead of next weekend’s 70th Anniversary Grand Prix, when the compounds are set to be one step softer than those seen this weekend.

Paired with the higher temperatures expected for the next race, there will be a lot of work going on at factories ahead of the next round.

“What we already know for sure is that the tyres involved in these failures were extremely well-used, with nearly 40 laps of running; albeit some behind the safety car,” Pirelli’s F1 tyre chief Mario Isola said following the race.

“The race was very much influenced by the safety car, with the second one prompting a pit stop for nearly everyone, leading to a very long second stint.

“After a complete analysis we will be able to understand fully what happened, which will obviously be very valuable information for next weekend.” 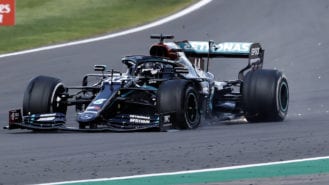 While this weekend it appears that several factors combined to create the ‘perfect’ circumstances for the tyre failures, it is not the first time Pirelli will be in the lab following a Silverstone race.

It was during the 2013 British Grand Prix when drivers suffered tyre failures of a similar spectacle. That year it did take Hamilton out of the lead of the race, while Felipe Massa, Jean-Eric Vergne and Sergio Perez all suffered separate blow-outs.

As in 2013, the British GP will be followed up immediately which leaves Pirelli with very little time to identify what the cause of the three tyre failures was and whether there are any safety concerns ahead of the 70th Anniversary race.

Following the inquest that succeded the British GP back then, Pirelli concluded that several factors had contributed to the tyre failures that included underinflation, extreme camber angles, aggressive kerbing and rear tyre-swapping – which has since been outlawed.

That year, the rear tyre compounds were altered for the German Grand Prix that followed, with tyres moving to a Kevlar belt rather than the typical steel belts that had been used prior.

Those alterations were made with the intention of making the tyres less susceptible to cuts and punctures, something that may have contributed once again according to Isola.

“It could be high wear, because for sure tyres with 38 laps or more on this circuit are quite worn, but I’m not saying that the wear is the cause of the issue. It can be debris because we had some pieces of the front wing of Kimi. 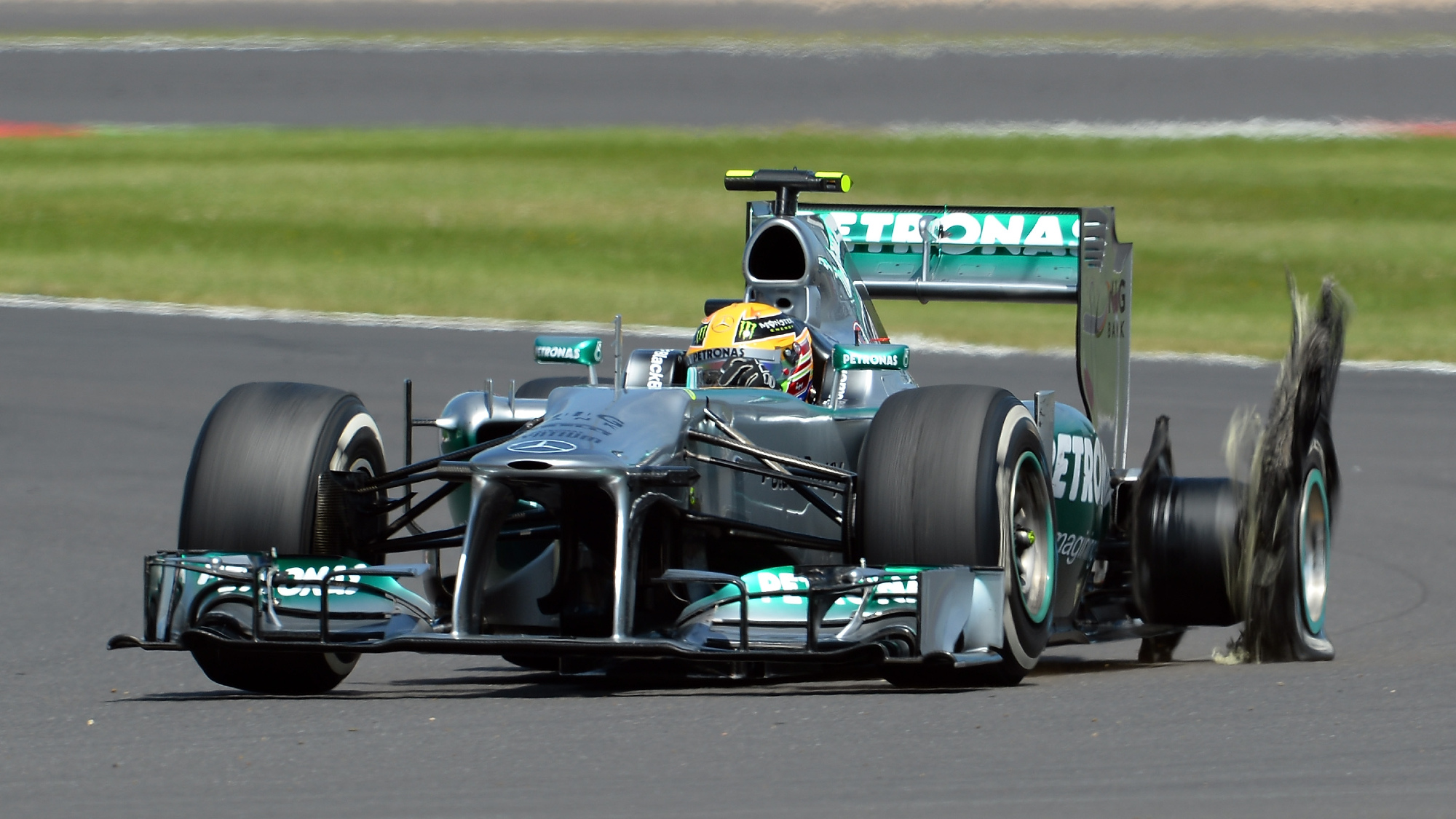 “We want to investigate not only the tyres with the failures but all the tyres used in the last few laps of the race, to understand if we find any other cuts or any other possible indications of what happened.”

A new compound was then introduced from the Hungarian GP onward for the remainder of the 2013 season that used an identical structure, construction and belt to those used in 2012.

It remains to be seen whether such drastic action is required, but higher tyre pressures and camber limits may be handed out this coming weekend in an effort to help preserve the tyres.

Formula 1’s sole tyre manufacturer reserves the right to make alterations to the recommended tyre pressure and camber limits ahead of a race weekend.

Such changes have been made in the past such as in 2018 ahead of the United States Grand Prix. Pirelli mandated a rise in tyre pressures for all teams due to a lack of data arising from the torrential conditions that resulted in no dry running on the Friday.