Now that Red Bull has secured Honda power units from 2019-20, it’s up to Daniel Ricciardo to decide his next move in Formula 1 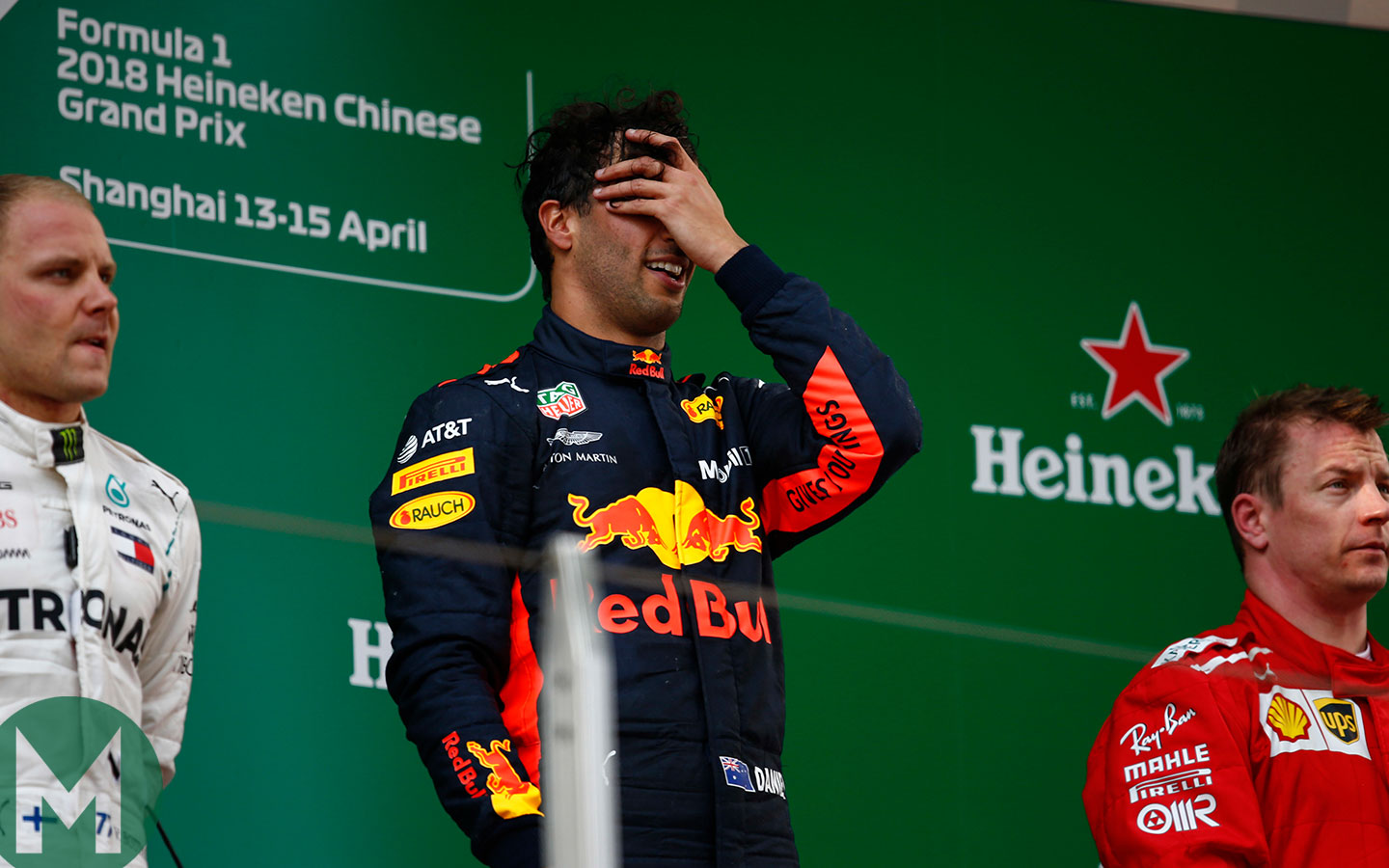 Although it won’t be news to him, the confirmation of Red Bull’s Honda power unit deal (for the next two years at least) makes Daniel Ricciardo’s choice of his next contract better informed. Everything is pointing towards him renewing with the team – except he is still in negotiation about the terms and there are still uncontracted seats at Mercedes and Ferrari.

Coming up to 29 years old, this contract is likely to be the crucial one that decides if his CV is to include a world title. From the perspective of today, a strong case could be made for his prospects of winning it with any of those three teams. But those perspectives will invariably change over time and he desperately will not want to be looking back to this moment and reflect, ‘If only I hadn’t done that’. In the same way that, for example, Fernando Alonso might reflect on his actions at McLaren first time around (regardless of how provoked he was) or his subsequent contract choices. There’s no way of knowing in advance – and it can only ever be educated guesswork.

The sticking point may well be the big-money deal Max Verstappen secured towards the end of last year that took the Dutchman off the market.

Furthermore, only Ricciardo knows how realistic his chances of getting into either Mercedes or Ferrari are. From the outside looking in, he would seem to be an obvious and valuable potential addition to either of those teams. But one or both of them may believe they’re better served with the existing driver dynamic and that bringing Ricciardo in alongside their existing ace could upset that equilibrium.

Any option running with Ferrari is due to expire within the next few days, so might we expect the Red Bull announcement imminently?

The sticking point may well be the big-money deal Max Verstappen secured towards the end of last year that took the Dutchman off the market. Mercedes’ Niki Lauda delights in taunting his old rival Helmut Marko that Red Bull paid over the odds for him in the mistaken belief Mercedes was trying to sign him. Perhaps it wasn’t, perhaps it was – and maybe Lauda’s taunts are just a bit of gamesmanship. But it may still be niggling Red Bull, and it may be anxious not to fall for the same ‘trick’ with Ricciardo, for although it very much wants him to stay, there has also been a bit of concern from the Austrian mountain lair that the return on Formula 1 investment isn’t what it might be.

A big part of the appeal of the Honda deal for Red Bull will be the financial part of it. Instead of spending multiple millions for an engine, it will instead be receiving money and the new engine. All this from a manufacturer which appears already to be on par with Renault and which has given Red Bull the impression that it’s more open-minded – and determined to spend whatever is needed to succeed.

There are two aspects to Honda’s F1 spend; its direct contribution to the team budget and its normal activation and development programme. One has probably just made Ricciardo’s financial demands more affordable to the team. The other has probably made the choice of Red Bull more competitively appealing to him.