Formula 1’s record 22-race calendar looks to set to shrink this year, with the postponement of the Chinese Grand Prix, which had been scheduled for April 19, and no date yet in mind for its rescheduling.

But for F1, cancelled races are far from new. Their total from across history may be something like 50. Up until the mid-1980s, F1 calendars were often astonishingly fluid, often changing after the season had got underway.

As you might imagine, many of these were dropped due to money shortcomings. Several in 1955 were cancelled in the wake of the Le Mans disaster. Sometimes though, the reasons for ditching the race were bizarre. The 1983 Swiss Grand Prix was set to be a second French race, held in Dijon as it had been in 1982. But this time French television didn’t fancy covering two races within a year.

Here are five other memorable Formula 1 races that, in the event, never were. 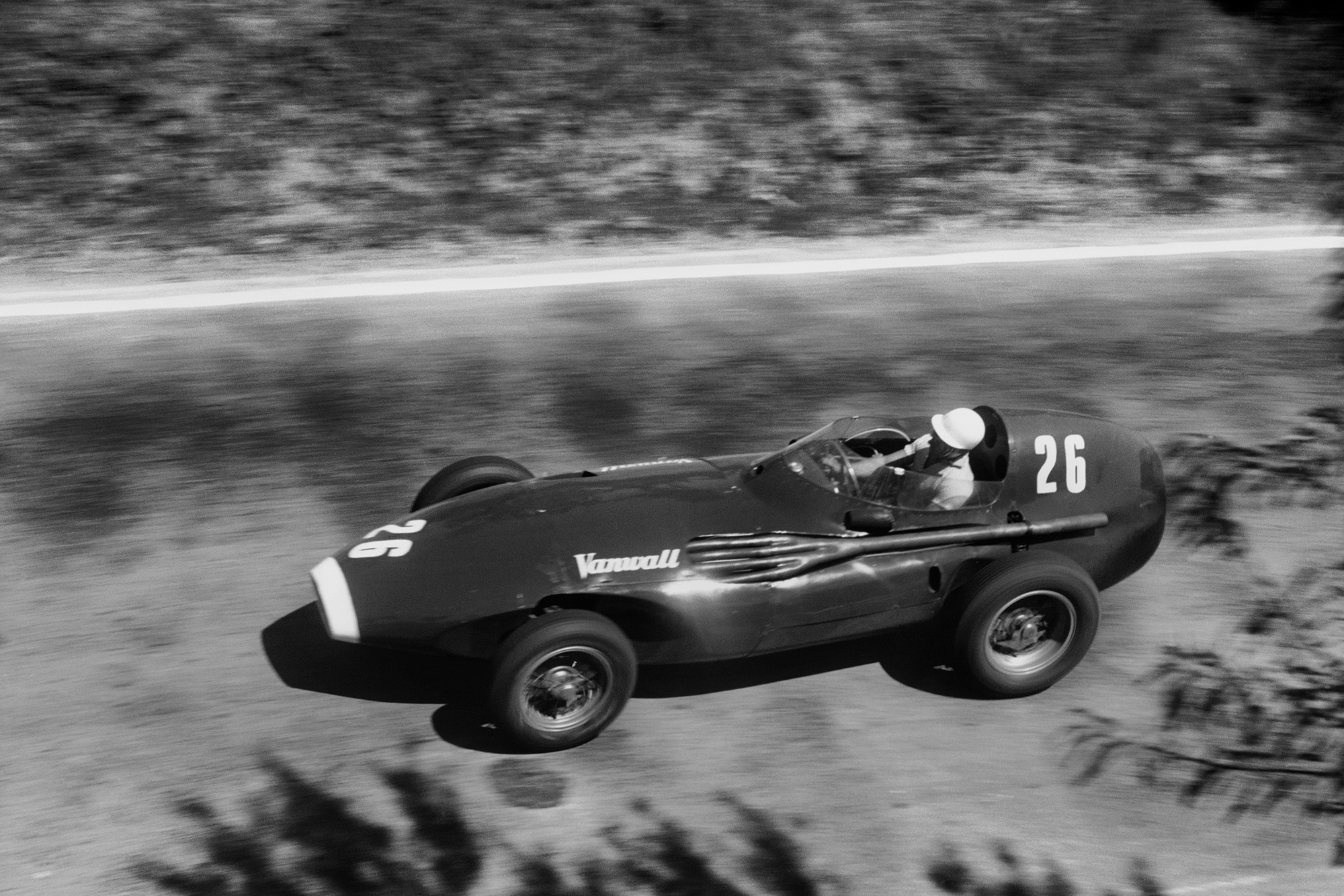 As if to demonstrate that in F1, like anything, everything is connected to everything else, this one can be traced to the Suez Crisis. That brought petrol rationing and economic difficulties, and two scheduled 1957 world championship races, Belgium’s at Spa-Francorchamps and the Netherlands’ at Zandvoort, therefore asked teams to accept lower starting money. 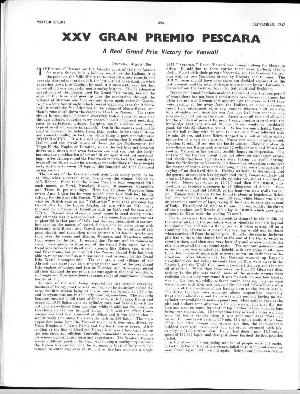 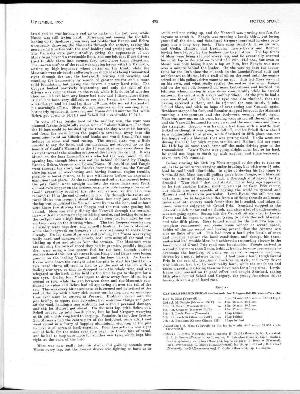 The town of Pescara, on the Adriatic coast of Italy, is famous for many things, it is a holiday resort for the Italians, it is the point on the Mille…

The teams didn’t care for this request and both races were cancelled at the 11th hour amid rancour. Yet the cloud had a silver lining as F1’s governing body looked at its now thin six-round (not including the anomalous Indianapolis 500) calendar and, to fill it out, scanned for willing new hosts. It found one in Pescara, where locals were keen to rekindle traditions

The Adriatic town in Italy had hosted races going back to 1924 and its circuit, winding through mountains and villages next to the town, even then had a throwback air. “The whole thing is pure unadulterated ROAD RACING,” enthused Denis Jenkinson for Motor Sport.

It was the first time a championship calendar had two races in a single country, plus 16-mile Pescara forever deprived the Nürburgring Nordschleife rank as the championship’s longest circuit. 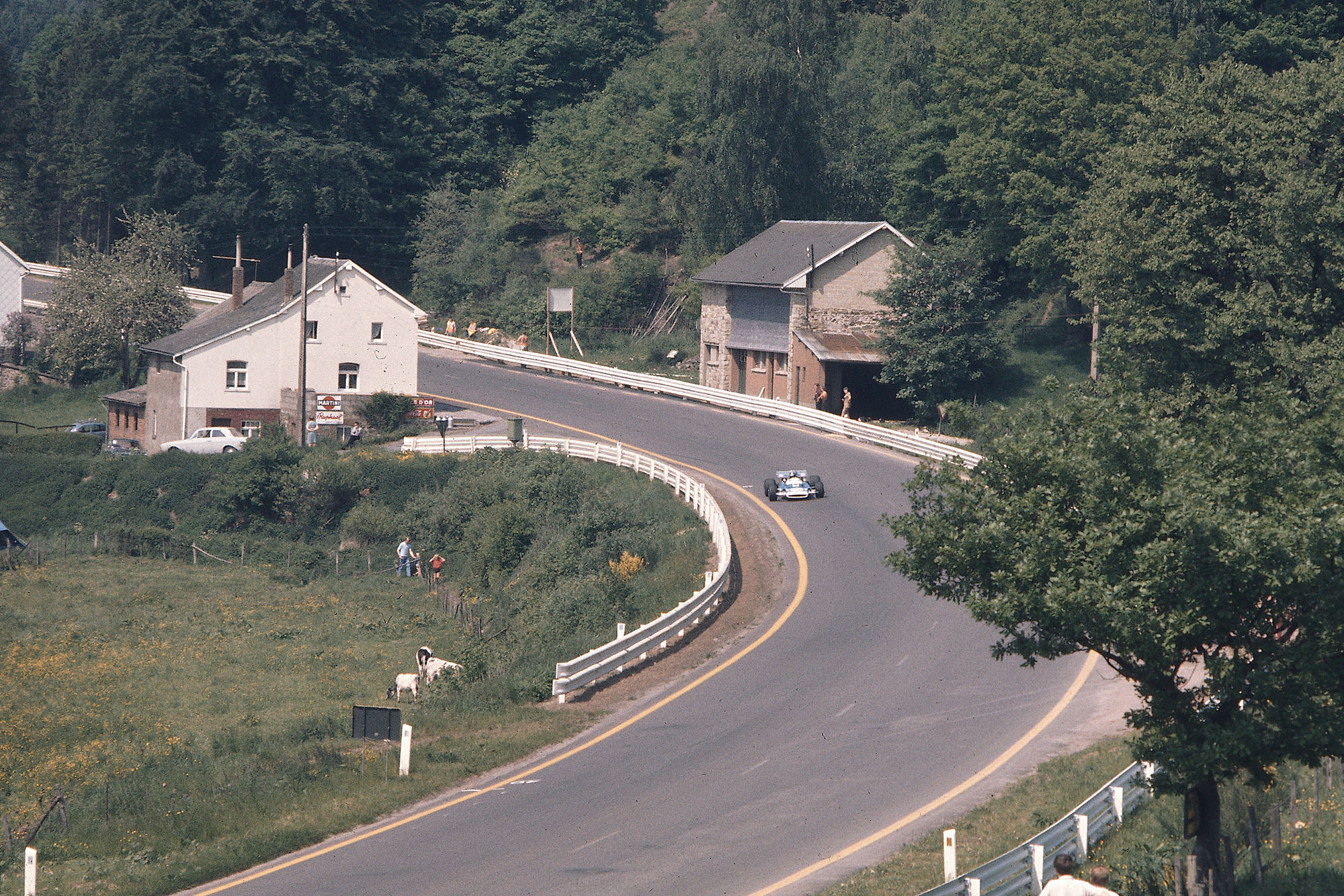 1969 safety concerns spelled the end of the historic Spa circuit

Spa routinely tops modern-day popularity polls, but once upon a time it was infinitely more fearsome. Yet by the late 1960s safety was in the sights of the increasingly-active Grand Prix Drivers’ Association. Jackie Stewart demanded changes at Spa for the ’69 race.

They never arrived. Officials cited short notice. Factional Belgian motor racing politics perhaps contributed to the impasse. No doubt circuit owners, long possessing the whip hand, underestimated the drivers’ resolve. But the GPDA withdrew the drivers’ labour, so the race was off.

And Jenks wasn’t happy, suggesting in Motor Sport that “our so-called grand prix drivers take up knitting, using special needles without sharp points”. The track returned in 1970 with a chicane, but that was F1’s final visit to ‘old’ Spa.

It wasn’t the end of the sniping though, as in ‘72 Jenks spoke of “a certain beady-eyed little Scot,” whose “pious whinings have brain-washed and undermined the natural instincts of some young and inexperienced newcomers to grand prix racing and removed the Belgian Grand Prix from Spa-Francorchamps.” 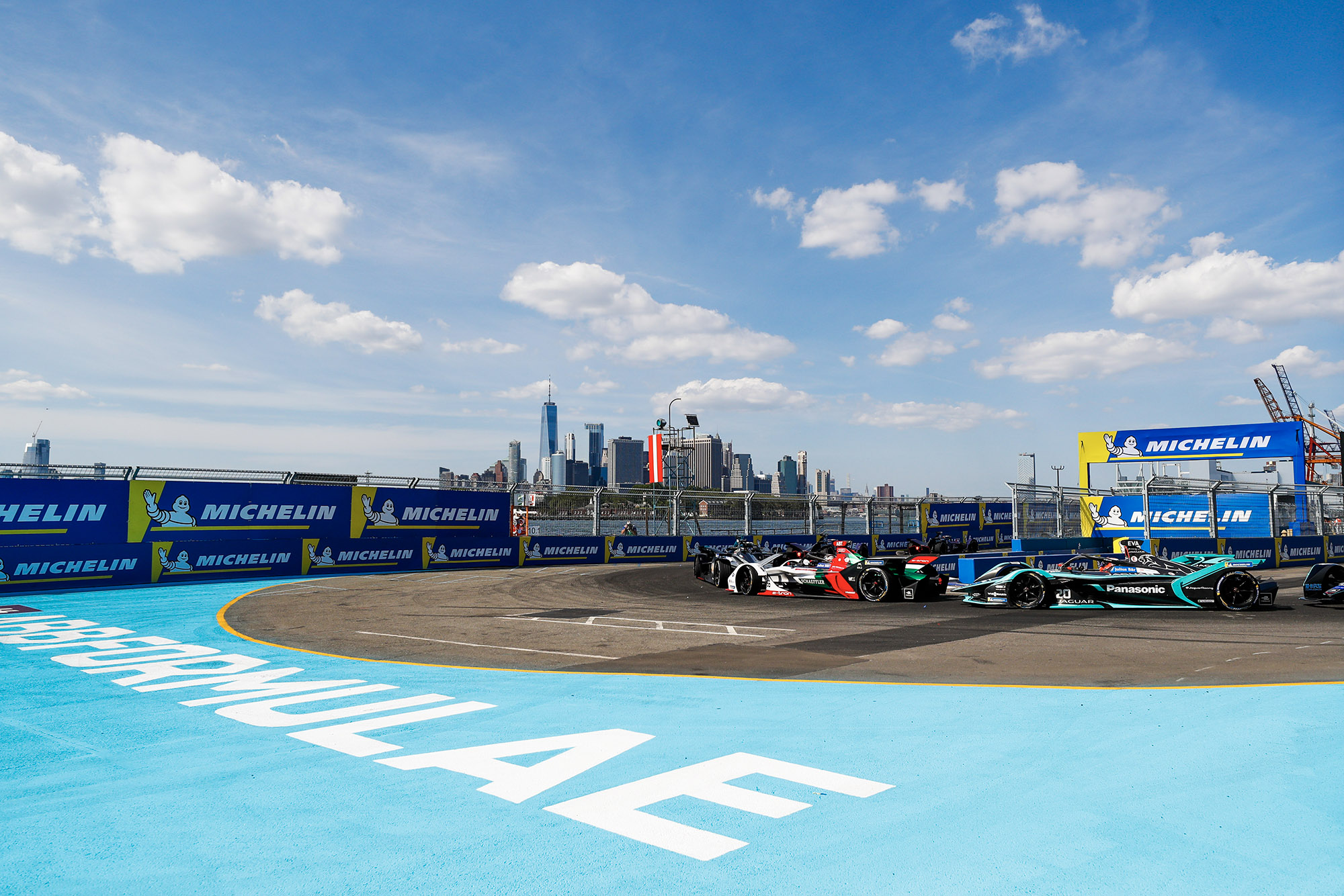 Formula E raced in the shadow of the Manhattan skyline; F1 hasn’t managed it

The attraction to F1 of holding races in the USA is obvious. And for reasons that are about as obvious a New York City race is considered the ultimate. F1 historically though has a patchy record of making stateside races a success, and in something like doleful synchrony none of the various mooted New York Grands Prix have become reality. Yet for three years in a row, from 1983 to ’85, one got so far as the F1 calendar.

Bernie Ecclestone and local organisers in late ‘82 unveiled plans for a race on September 25 the following year. The project’s head promised “the beauty and charm associated with Monte Carlo” but with a “definite New York atmosphere”. Flushing Meadows park – best known for tennis’s US Open – was picked as venue.

But come June ’83 the plan was shelved, at least for 12 months, after environmental protests, legal threats and struggles for sponsor and television commitments. There was a further set-back in ‘84 when a CART race at nearby Meadowlands was not a great success. Ecclestone persevered for the next couple of years, then the idea was dropped. At least until the next wheeze for a New York Grand Prix came along… 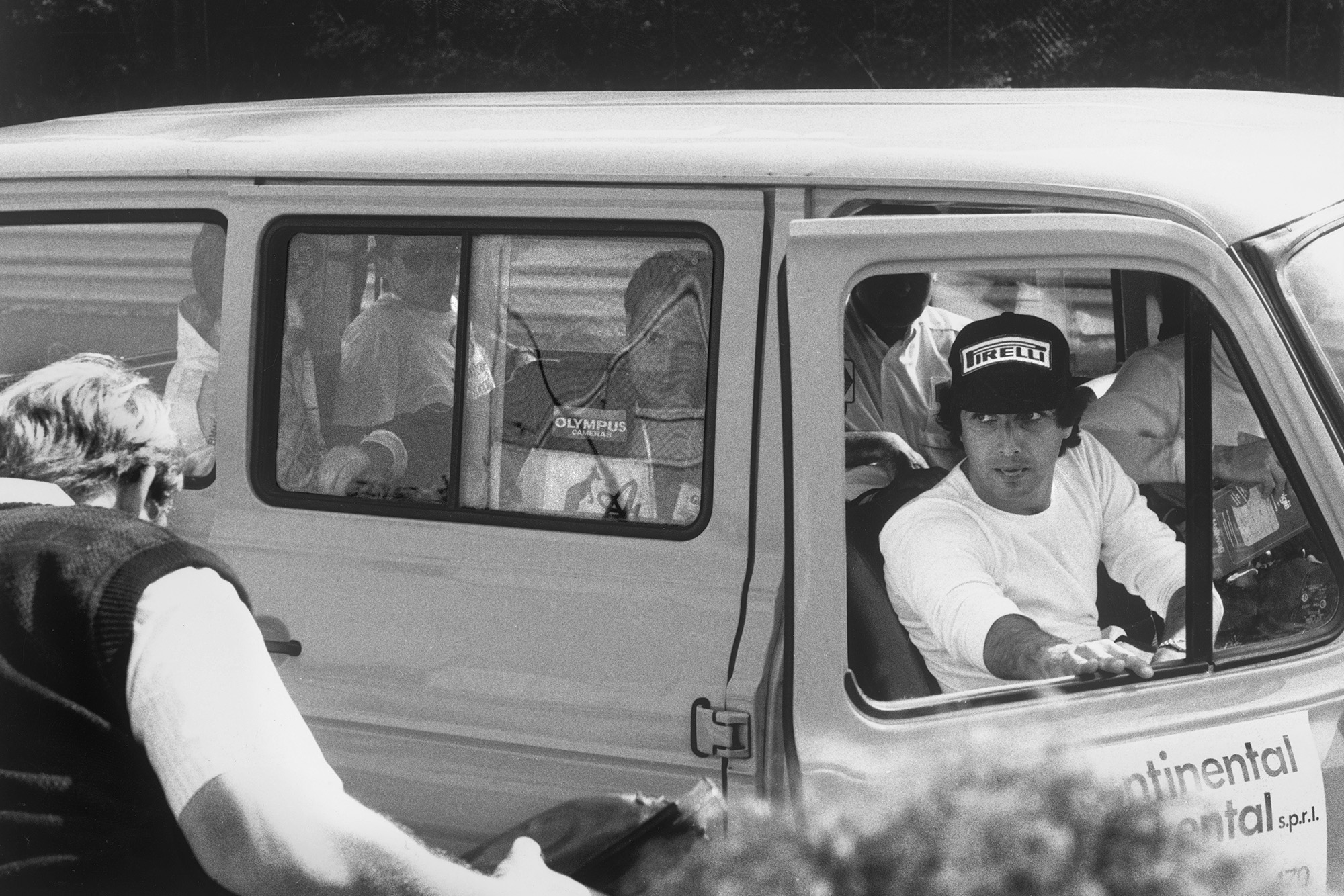 This one is unique, as the only championship race that was canned altogether after the weekend got underway. Although technically it was postponed, albeit for months.

All arrived for Spa’s early-June Belgian Grand Prix meeting to be told there was a new track surface intended to promote grip in the wet – a frequent local feature. “What they didn’t tell us,” Jenks observed, “was that they had only finished the resurfacing a bare 14 days before practice was due to begin.” 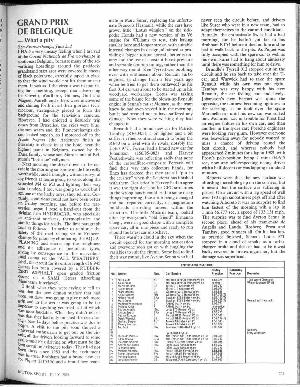 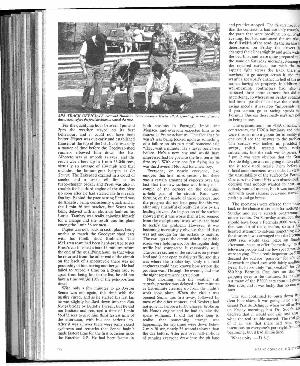 Spa-Francorchamps, June 2nd I HAD a very uneasy feeling when I arrived at the Circuit Nationale de Francorchamps in south-east Belgium, because many of the advertising hoardings around the paddock/grandstand…

Parts of the track indeed broke up during Friday running but drivers were happy to avoid the worst patches. The real trouble hit after overnight ‘repairs’. Saturday morning practice was quickly stopped with cars lapping 25 seconds off Friday’s pace.

At the trouble spots, contractors had resurfaced the full width of the road plus resurfaced other corners that didn’t need doing. “There wasn’t a snowball’s chance in hell of the new tarmac having set properly,” Jenks concluded.

Following typical toing and froing, come Saturday evening FISA called the race off. The organisers were fined and the meeting was held instead in September. 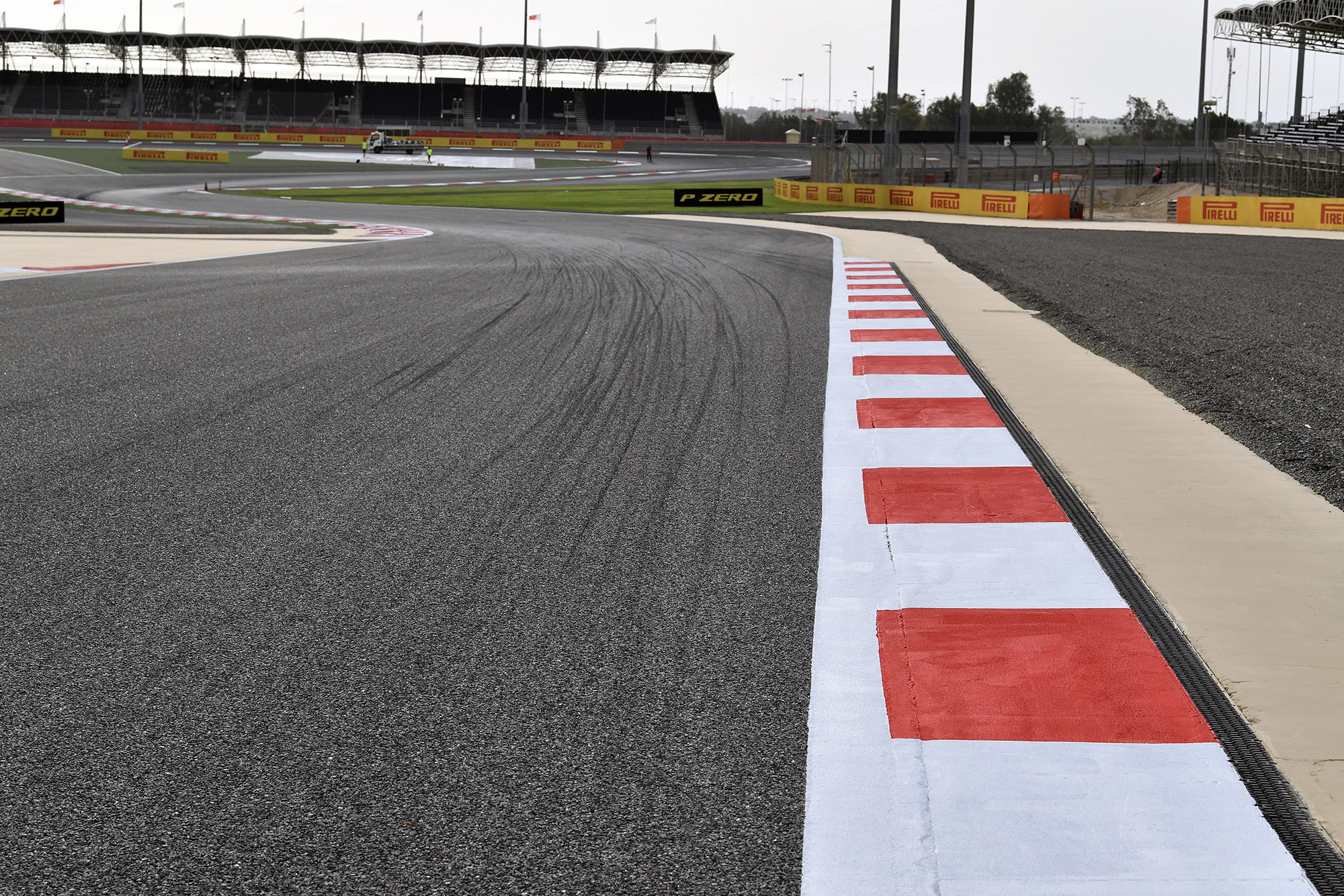 Protests outside left the Bahrain circuit empty in 2011

We often are told that sport and politics should not mix. But it’s hard to sustain in this world, particularly where races are run and bankrolled by government to promote the country.

So it is with Bahrain, in F1’s most recent case of a cancelled race. Its grand prix was supposed to open the 2011 season on March 13. But in the middle of the previous month anti-government protests and uprisings across North Africa and the Middle East, known collectively as the Arab Spring, reached the country.

Several protesters were killed and paramedics reportedly were prevented from reaching the injured. Nabeel Rajab, vice-president of the Bahrain Centre for Human Rights, made it clear protesters would seek to exploit the F1 event’s international glare.

Following a week of unrest, and usual F1 procrastination, crown prince of Bahrain, Salman bin Hamad bin Isa Al Khalifa, confirmed the inevitable that the race was off.

There was talk of it being rescheduled for later in the season, but a crowded itinerary and reluctant teams meant F1 didn’t return until the following year. Which was an event that had a few problems of its own. 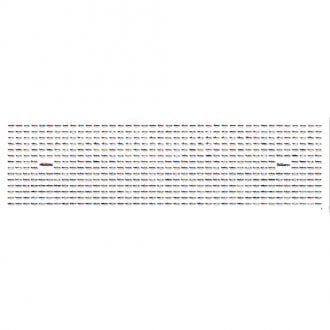