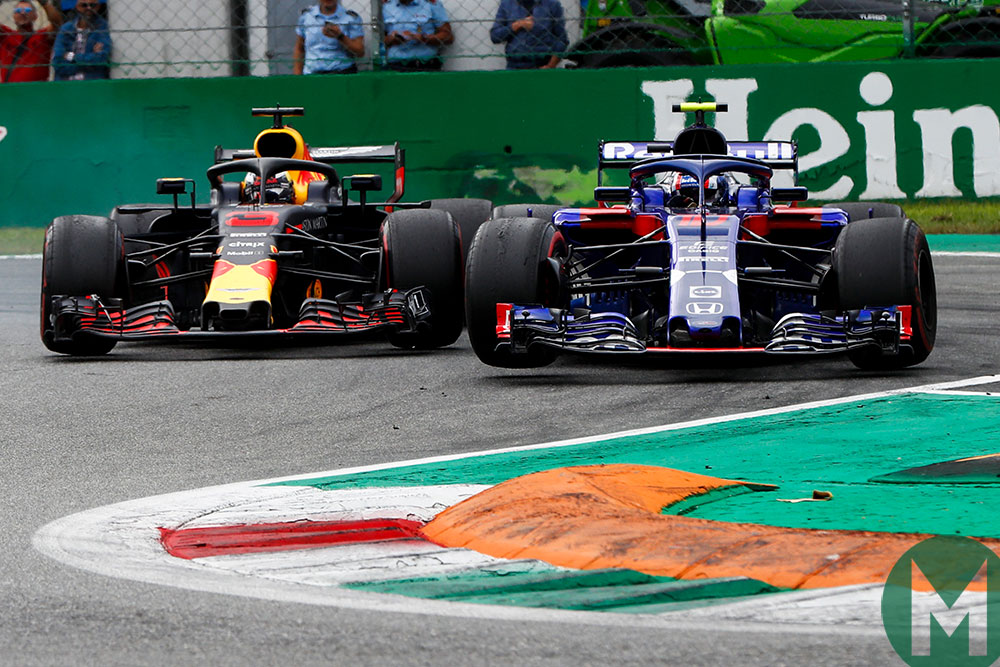 Toro Rosso has outlined details of a closer Formula 1 technical partnership with Red Bull Technology for its newly-revealed 2019 car, including Red Bull’s provision of the rear end of the STR14.

Red Bull Technology is a subsidiary set up to design, engineer and build cars for the Red Bull team and did so previously for its sister squad Toro Rosso. And senior Toro Rosso figures upon the STR14’s launch today said that much of the car is dictated by Red Bull Technology parts, but added that this allows the team to focus on improving its laptimes elsewhere.

“We just have a few less variables to play with,” said the team’s deputy technical director Jody Egginton. “The ‘rear end’ has been provided by Red Bull Technology, we are taking a gearbox casing and rear suspension although many of the internals of the gearbox are similar to parts we have used in the past.

“This can provide an opportunity as it allows more focus on other areas of the car concept which in turn can bring performance.

“It has allowed increased focus on the design of the chassis structure, packaging of the brake ducts and front suspension, and the integration of the fuel and cooling systems into the chassis.

“All of this results in packaging and mass reduction benefits and provides the team with more potential for aero development. The chassis itself, as per regulations, is a complete Toro Rosso design.

“It [the arrangement] has several positives which gives us the ability to refocus our design effort on other areas and resources that come with it, whilst receiving parts which are proven trackside.”

“Most of the remaining [non-engine] parts we receive from Red Bull Technology will be last year’s specifications,” he said. “Being a smaller team, [we] could not follow the fast development and production process a bigger team can afford.”

Egginton added that with Red Bull joining its sister team in using Honda engines for 2019, Red Bull will now take over a lot of the engine development work. He believes this also will allow Toro Rosso to focus more on other development areas.

“They will be able to take ownership of a lot of the dyno activity and play an important role in the development of the PU,” Egginton said.

“[With this] we have been able to reallocate resource to different activity. We now have an even more flexible design office.”

Toro Rosso team manager Graham Watson added that its Honda engineers from last season have been split 50/50 with Red Bull for 2019, with either team also getting new Honda personnel in addition.

“Honda has been perfectly fair,” Watson said. “We keep 50 per cent of the Honda personnel who worked with us in 2018 and Red Bull gets the other 50 per cent. So both teams get half the 2018 guys and half new Honda personnel. I think that’s the best and fairest approach.”