White van drivers take the same approach to roadcraft as F1 drivers, Red Bull team principal Christian Horner has claimed, saying: “It’s all about ‘What are the limits?'”

In a highly unorthodox promotional video, Red Bull’s pits its own 2011 RB7, ostensibly driven by Max Verstappen, against an “iconic British line-up” in a Best of British Showdown race.

The race, held at Goodwood, features said vehicles starting in that order on the grid, with ‘Max’ at the back of the pack.

Suitably cringeworthy commentary is accompanied by retro 8-bit video-game graphics, as the Red Bull scythes its way through seldom-found field.

Is it really Verstappen behind the wheel? It seems unlikely. Red Bull Jr Liam Lawson may have been roped in or, even worse, Alex Albon might have suffered the ignominy of pretending to be the Dutchman.

Still, this might represent the British-Thai driver’s best-ever chance of a win in an F1 car.

F1 drivers too competitive to take it steady in sprint race, says Brawn

How will Formula 1’s first sprint qualifying weekend unfold at Silverstone? It’s perhaps not insignificant that drivers such as Lewis Hamilton have suggested that the short Saturday event will be…

Verstappen appears to phone in some rehearsed radio messages via Microsoft Teams, delivering thrilling lines like “Let’s do it” and “Great race”.

Making a slightly surreal link between the Red Bull promotional short and this weekend’s British GP, Horner suggested tradespeople the world over like to push the envelope just like fighter pilots and F1 drivers, when asked why speed fascinates people so much.

“I think it’s just seeing the human and a machine and that combination of how far they can push each other – so whether it’s flying a Spitfire or driving a white van it’s all about ‘what are the limits?’,” he said.

“Seeing a Formula 1 car at Silverstone in its purest form on one of the fastest tracks in the world is one of the biggest challenges and the drivers love it. It’s one of the big ones we always want to win as a team and hopefully this year we’ve got a great chance.” 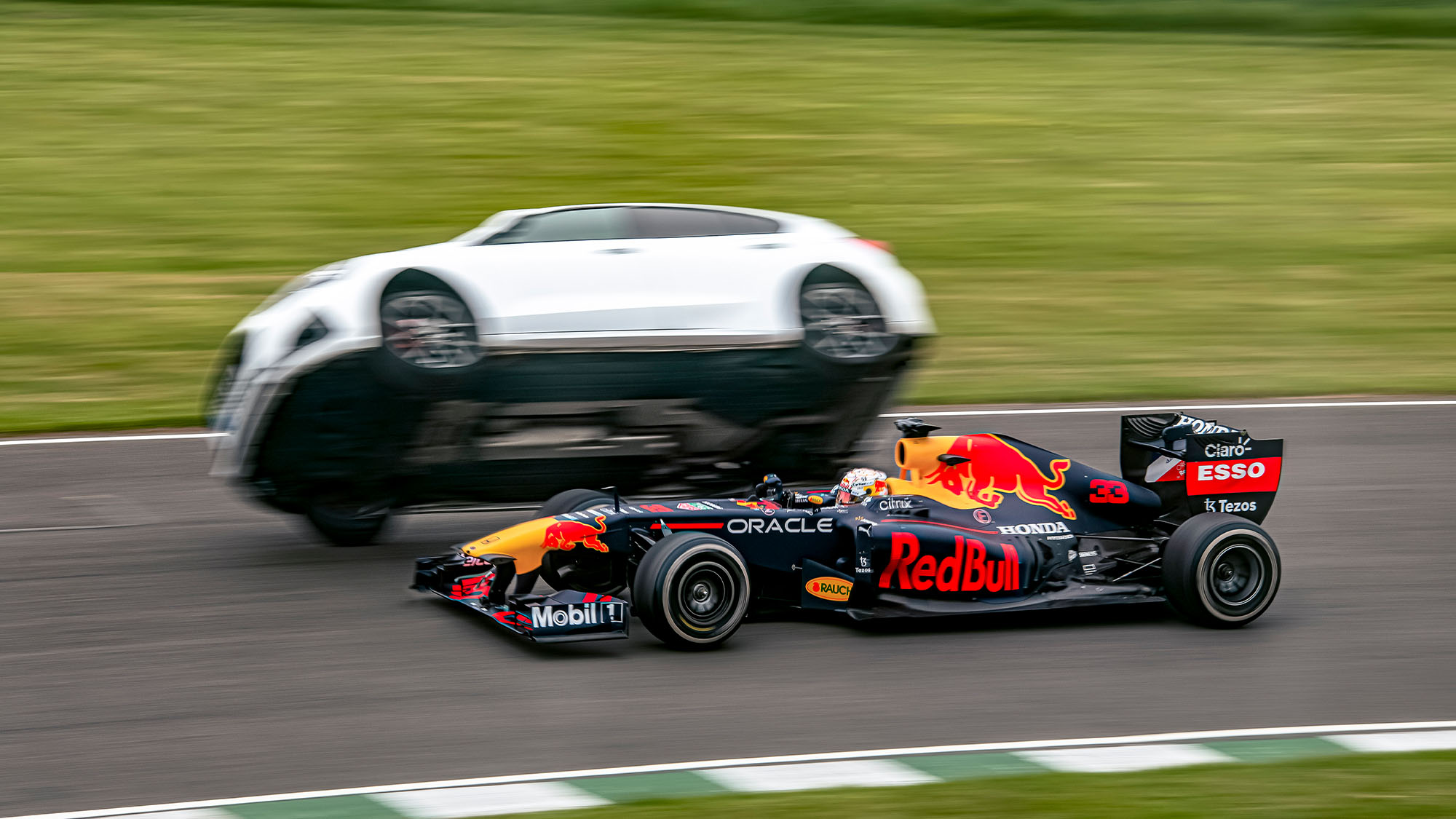 “I mean, you take risks but controlled – especially when you are fighting for a championship so that one race is not going to define the end result,” he said. “Let’s wait and see how it goes!”