Circuit Paul Ricard’s return to the F1 calendar is a salivating prospect for Dickie Meaden, but its fabled history has been punctuated by tragedy 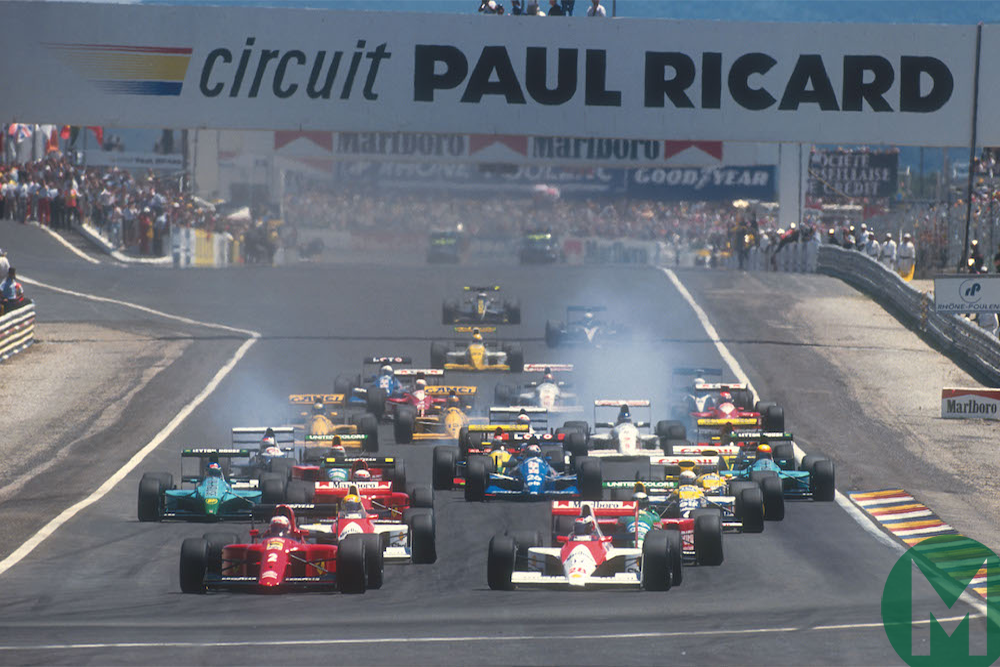 The return of the French Grand Prix to next year’s Formula 1 calendar also sees contemporary Grand Prix cars race at Paul Ricard for the first time since 1990.

Though never regarded as one of the truly great circuits, Paul Ricard has long held a certain fascination and mystique. At least to those of us old enough to remember F1 cars racing there the first time around.

For starters there’s tremendous romance to the circuit’s ‘Field of Dreams’ origins and funding by iconic French drinks baron, Paul Ricard, back in the late 1960s. The endless Mistral straight and ballsy Signes corner hidden in the heat shimmer at its far end are the stuff of F1 folklore.

Sadly Ricard also has a darker past. The tragic – and needless – death of the much-loved Elio de Angelis in a testing accident shamed the sport, while the car crash in which Frank Williams suffered dreadful spinal injuries after his car left the vertiginous mountain road leading from the circuit grabbed newspaper headlines around the world.

Since then the circuit’s acquisition by Bernie Ecclestone in 1999 and its spectacular re-development into the Paul Ricard High Tech Test Track (HTTT) added an unconventional twist before things came full-circle with Circuit Paul Ricard’s return to racing ten years later.

Now, with Renault back as a manufacturer and Esteban Ocon showing great promise in his Force India, French fans have much to celebrate at their first home Grand Prix in 10 years.

While I’ve always been aware of Ricard’s significance it’s not until the last four or five years that I’ve actually raced there, as a competitor in the Dix Mille Tours historic race weekend organised by Peter Auto.

My first visit (in a U2TC Lotus Cortina) was fabulous and frustrating in equal measure. It was great to finally lap such a famous circuit in anger, but the technical, downforce-hungry sections left me feeling a bit lost in a car that loves to slide.

Subsequent visits in the Mk3B Lola T70 and Cologne Capri have built my knowledge, and because it seems there’s always something new to learn I’ve come to enjoy the track more and more. The excellent facilities, beautiful setting and (usually) good weather are also big plus points, which explains why it’s now one of my favourite historic race meetings of the season.

As ever trawling around on YouTube reveals a treasure trove of Ricard footage. Some capture the place in all its shabby chic F1 pomp with Prost and Senna going hammer and tongs, while some onboard with current GT3 racer and Ferrari Corse Clienti driver, Alexander West, shows us what it’s like to live the dream in a 2008 Ferrari F1 car. It’s worth watching for the fabulous noise alone. As is the 1990 footage of Eric Bernard in a Lola Lamborghini.

Sadly it doesn’t seem as though we’ll be seeing F1 cars attack the full 1.8km Mistral straight, but the upside is braking into the straight’s North chicane will be absolutely on-limit stuff. The FIA has said cars will reach close to 215mph before the braking zones at both the Mistral and start-finish chicanes, which suggests there’ll be lunges and lock-ups aplenty.

Predictably Signes is also expected to be flat-out in today’s F1 cars. Hopefully, that’s just flat, rather than easy flat. In my experience of fast old cars reliant purely on mechanical grip, I can tell you it’s neither flat nor easy! It would be a real shame if the F1 boys just calmly steer through it.

My enthusiasm for Ricard does come with caveats: for starters, God help the FIA Steward tasked with policing track limits transgressions on what is essentially a colourful tarmac lake. Likewise the poor so-and-sos stuck in what will surely be traffic jams of epic proportions on the tortuous roads that lead to and from the track.

Still, I very much hope the return of this storied Grand Prix venue is a success. If nothing else it will add some much-needed je ne sais quoi to F1. Whether that makes it conducive to good racing in this high-downforce era remains to be seen, but as ever with F1 we live in hope…