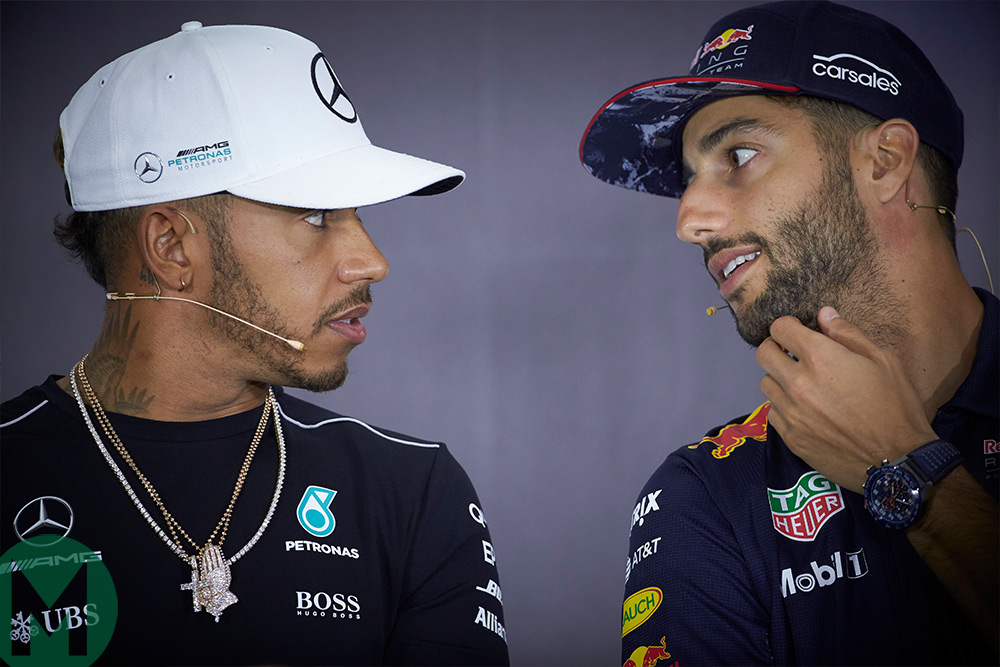 Max Verstappen and Red Bull have extended their partnership for an extra year, to the end of 2020. This makes for an interesting dynamic on the driver market. Fernando Alonso and McLaren describe their recently announced extension as a ‘multi-year’ deal, almost certainly meaning it also runs through to the end of 2020. Sebastian Vettel’s earlier-announced extension with Ferrari takes him through to the same date.

Among the absolute top drivers, the two obvious outliers are Lewis Hamilton and Daniel Ricciardo, with the former’s current Mercedes contract set to run to the end of next year, the same as Ricciardo’s with Red Bull.

Strategically, Ferrari and Red Bull have at least one triple-A, number one driver under contract for the next three seasons. The only remaining current top team, Mercedes, has one only until the end of next year. Logic would suggest that Hamilton will re-sign with Mercedes rather than find a berth at Ferrari or Red Bull alongside their contracted incumbents. That leaves Ricciardo.

There may be certain barriers to his being recruited by Ferrari, not least of which are Vettel’s stated preference for a team-mate. It’s been amusing, first hearing Ricciardo emphasising that the toughest team-mate of his career has undoubtedly been Verstappen. A couple of weeks later Vettel responds with his best team-mate has been Räikkönen. Was that Ricciardo becoming frustrated at barriers being placed to him negotiating with Ferrari? And Vettel responding in kind?

Where it is all pointing would seem to be a Hamilton/Ricciardo line-up at Mercedes, even though Christian Horner reiterated in Japan that the intention was absolutely to convince Ricciardo to stay beyond his current contract. But the end of 2018 is the first time in Ricciardo’s F1 career that he is a contractually free agent – and the attraction of a Mercedes seat at a time when Red Bull is facing the uncertainty of possibly racing with a Honda power unit is obvious.

From Mercedes’ perspective, Ricciardo would be a fantastic fit alongside Hamilton, someone with a more consistent turn of speed than Bottas but with the sort of personality that would fit right in rather than set up battle camp against Hamilton, in the way that Nico Rosberg had to in order to compete effectively.

A lot can happen between now and then, but that’s how it looks right now.