The weather forecast for Spa this weekend says 90% probability of rain on both Saturday and Sunday. This is not untypical of the place but compounds what is already a hugely complex wing level choice for the teams because of the characteristics of the track itself. This is even more critical than usual this year because wing level choice is often what has decided which of the Mercedes or Red Bull is faster.

There are basically two rear wing levels, roughly termed as low and medium, which can work at Spa, rather like at Baku but with different implications. Sector 1 (from the start of the lap to the end of the Kemmel Straight) and Sector 3 (the flat-out stretch at the end of the lap, punctuated by the Bus Stop chicane) heavily reward low drag. But the middle sector (Les Combes down through the valley to where Paul Frère corner returns the cars back towards the pits) heavily rewards downforce. Sector 2 takes almost as long to complete as sectors 1 and 3 combined. Hence why the balance between the two wing levels is so delicate. The lap times achieved by each will be very similar but achieved in very different ways.

On such long flat-out sections there will be a big difference in terminal speeds between the two wing levels. Which makes the car with a higher wing level extremely vulnerable to being passed at the key overtaking points of Les Combes and, to a lesser extent, the Bus Stop. The car with the lower wing level can therefore potentially overtake just before sector 2 and hold up the higher-winged car all the way through there (where passing is essentially impossible), then leave it behind on the flat-out stretches. So even though the potential lap times of the two wings are comparable, the lower-winged car tends to be much more raceable.

Rain completely changes that equation very much into the higher downforce car’s favour. In conditions of marginal grip the bigger wing gives a much bigger advantage under braking and through the turns than in the dry.

But just because there is a 90% chance of rain on the day doesn’t mean there is a 90% chance of it through the race. There may be only a 35-40% chance of it falling then, maybe less, maybe more. But the wing levels have to be decided more than 24 hours before the start of the race because of the parc fermé regulations. Choosing a higher wing level in the expectation of rain could leave you exposed in a race that may not be all that wet, or at all.

But surely the higher wing level is the safer choice under such circumstances, as it covers more bases? Not necessarily. As well as being less raceable, the higher-winged car can often – around Spa – be harder on the tyres than the low-winged car. This is the opposite of how it usually works at other tracks where higher wing levels protect the rear tyres by having them slide less, keeping the surface temperatures under better control and the wear rates lower. That indeed is how it worked this year at Baku, the other track where two quite different wing levels are feasible. There, Red Bull had a bigger wing and vastly better control of its rear temperatures, enough that both Max Verstappen and Sergio Perez were able to easily overcut ahead of Lewis Hamilton, so much faster on their old tyres at the end of the stint than Hamilton could go on his cold new tyres out of the pits. Hamilton’s lower wing there gave him the more raceable car wheel-to-wheel, protecting him from being overtaken at the end of the straights by the Red Bulls in the first stint, but at the heavy expense of rear tyre performance later in the stint. 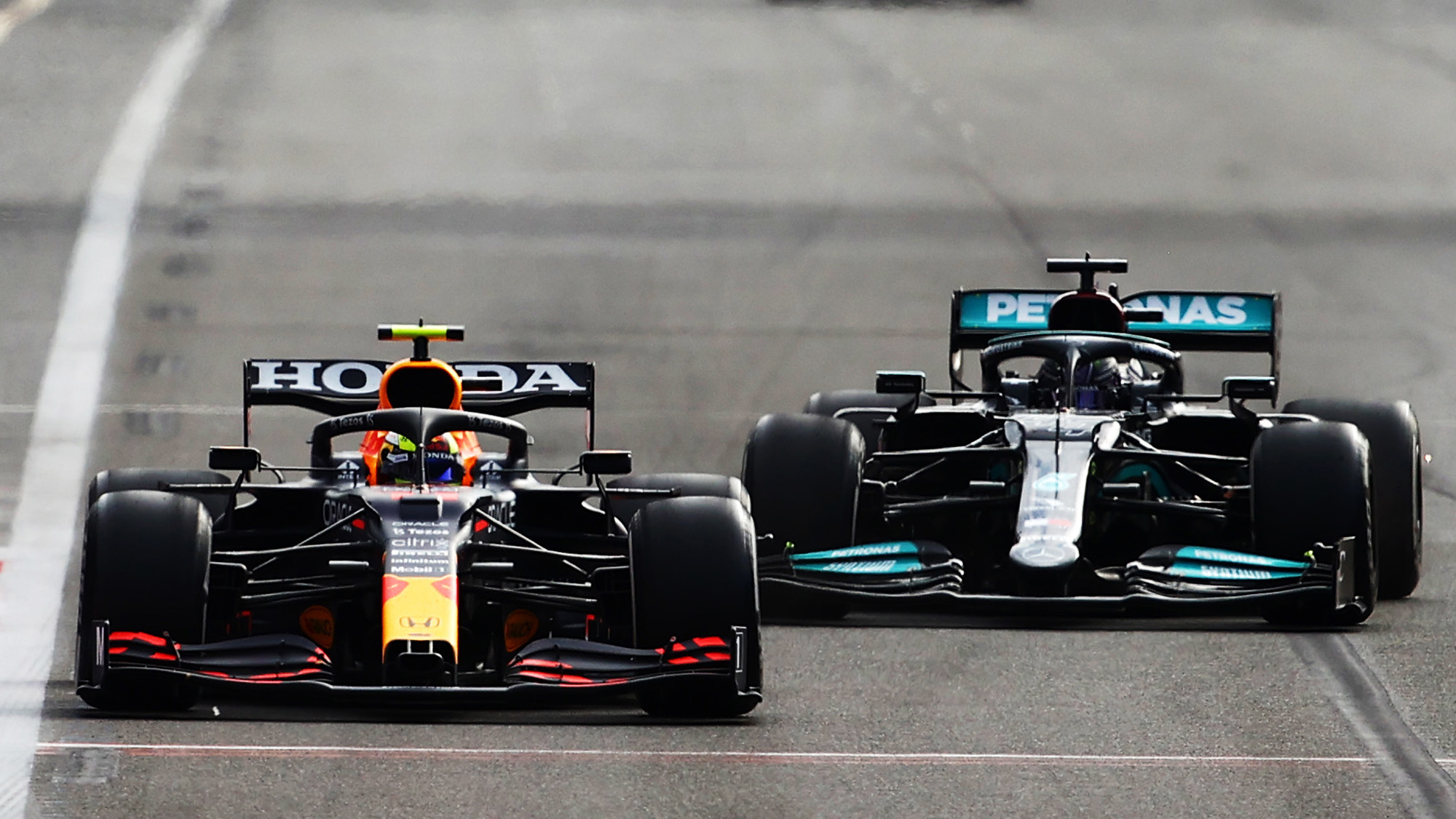 At Baku the lower wing tended to give a better qualifying time, but worse race pace. At Spa, it’s usually the opposite.

At Spa it is often the case that the combination of sector two’s high-speed, long-duration lateral loads and the high tyre rotation speeds of sectors 1 and 3 for extended periods, overworks the compounds and the tyre’s core to give excessive thermal degradation which is actually made worse by the bigger wing because of how much bigger the lateral loads are through such high-speed corners. The softer and grippier the compound, the worse the problem tends to be.

This was indeed Red Bull’s limitation here last year. They had the extra downforce but the tyres prevented Verstappen from fully exploiting it in his chase of the Mercs. An even starker illustration of it came with the sensational late-race speed of Daniel Ricciardo’s trimmed-out Renault which was chasing the Mercs and Verstappen down fast and setting the race’s fastest lap. The sister Renault of Esteban Ocon, with the same low-downforce wing, was mirroring Ricciardo’s progress but a couple of places back. They were able to race much harder, without anything like the same tyre overheating concerns, as the otherwise faster but constrained Mercedes and Red Bull with their greater downforce. 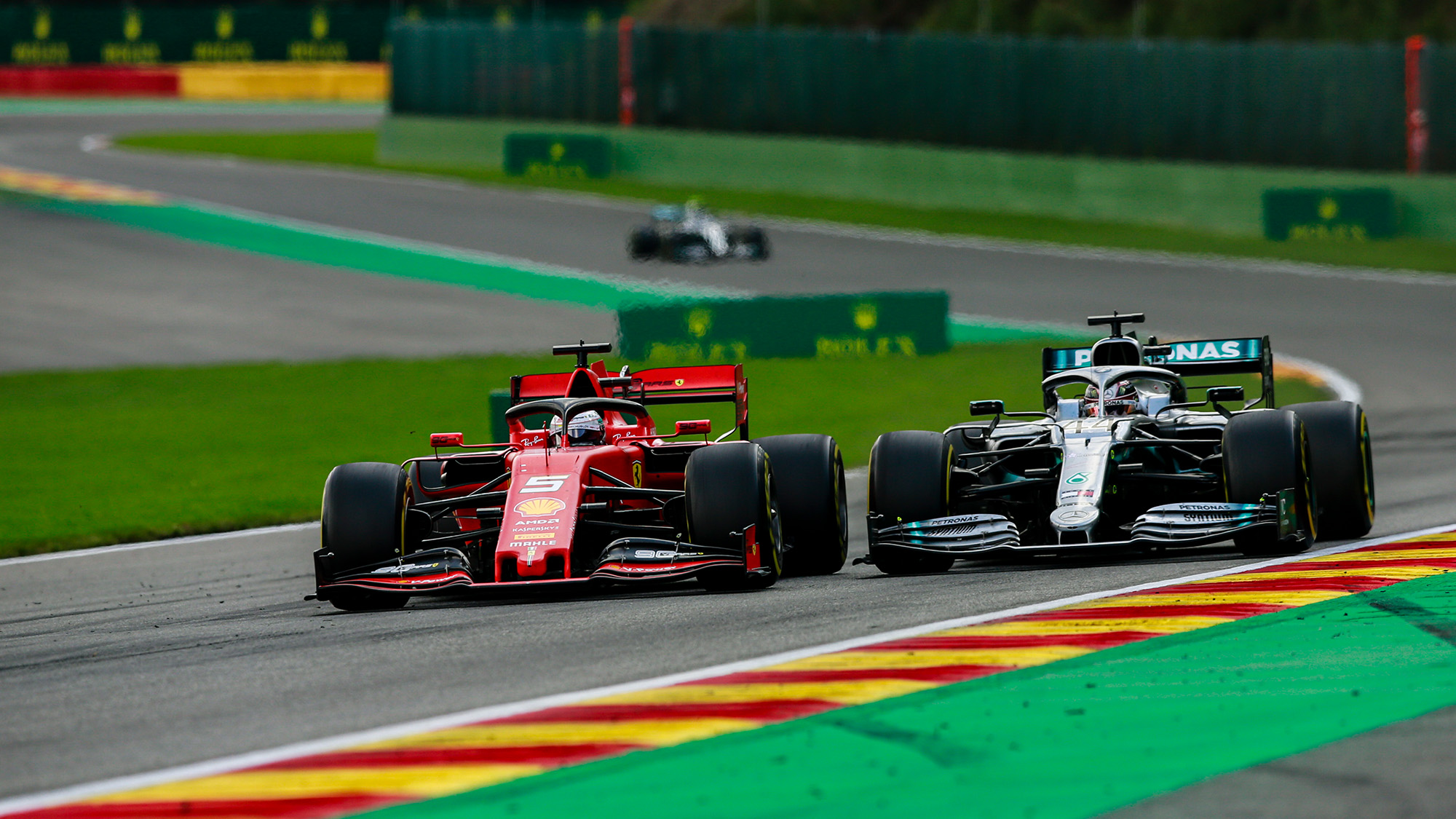 So, what do you go for, especially when you can’t be sure about the weather when you have to make your choice? There are other complicating factors too.

There’s game theory involved, for one. You might be tempted to take the higher wing to cover more bases – and you’d be much more comfortable in that choice if your rivals were to make the same choice. But if you thought they were going to put on their low wings, you might feel obliged to do the same.

Then there’s the complicating factor of whether you believe you’ll qualify ahead or behind your rival. Because if it’s behind, the low wing is surely better – so long as it doesn’t rain… But damn it, that low wing might be the reason you end up qualifying behind. And it might rain!

Into that bargain you can be wrong for all the right reasons of logic. And right for the wrong ones. With two such closely-matched teams at the front, the mad complexity of these specifically Spa choices will make it extremely surprising if the result is decided purely on merit.