I was delighted the other day to learn that Robert Kubica had recently had a session in the Mercedes Formula 1 simulator. Only a small step, I grant you, along the path of his avowed plan one day to return to F1, but one which will have done great things for his morale. Afterwards, Robert was moved to say that he now believed himself capable of driving an F1 car again – but for now only at certain tracks. Barcelona, for example, he reckoned would be fine; somewhere like Monaco, all twists and turns, not so. That said, his physical condition continues to improve, and undoubtedly he harbours a belief that one day he will be a full time Grand Prix driver again. 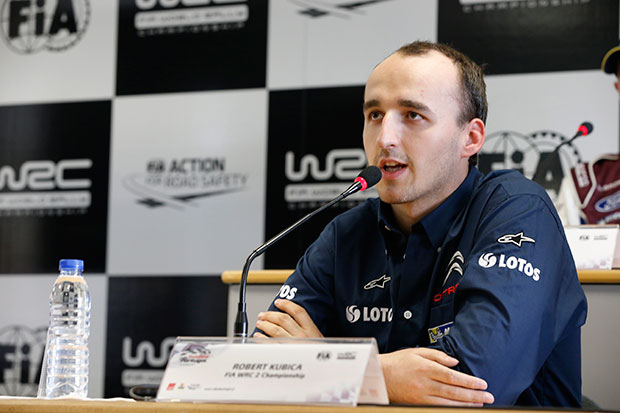 It is now a little over two years since Kubica was so grievously injured when his Skoda crashed in a minor Italian rally. Sunday, February 6 2011 to be precise. Three days earlier his Renault had set the fastest time on the final afternoon of the pre-season test at Valencia, edging the Ferrari of his close friend Fernando Alonso. He couldn’t wait for the new season to get underway.

As it was, his team – that year called Lotus Renault GP – had to go to Melbourne with Nick Heidfeld drafted in as partner to Vitaly Petrov. The Russian, remarkably, qualified sixth, and then made it to the podium, alongside Sebastian Vettel and Lewis Hamilton, so it was no more than inevitable that many wondered just what Kubica might done with that car – and that thought has persisted ever since. The last 43 Grands Prix have come and gone without Robert.

His absence from the scene has coincided precisely with great changes in F1, all of them – as we have many times said – aimed at ‘spicing up the show’. Both DRS and Pirelli’s high degradation tyres arrived in 2011, and I doubt that Kubica, a real warrior of a racing driver, would have relished ‘driving at 80%’ any more than most of his fellow drivers.

Whatever the rules, though, he would undoubtedly have been right in the mix. At Monza in 2010, not long before his pal’s disastrous rally shunt, Alonso told me he thought Kubica had “the best talent of all of us”, and Hamilton, too, privately confided that he feared Robert more any other driver, the two of them having been rivals back to karting days. So that is how much of central figure F1 has missed in the last couple of seasons. 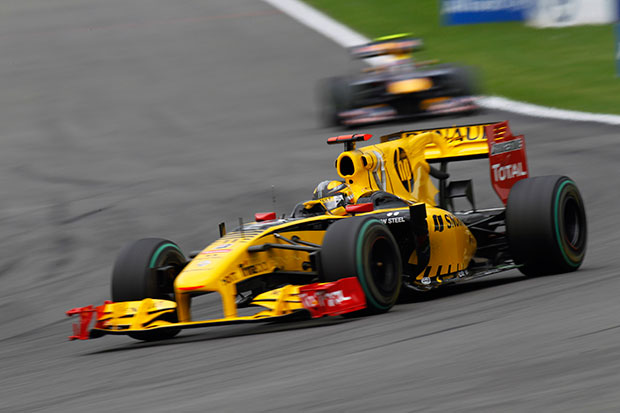 Had Kubica not decided – for pure pleasure – to take in that minor rally, where would he be now, I wonder? In 2010 he made the podium three times with a team very much in a transitional state, and Lotus (née Renault), even without a top line budget, has progressed spectacularly in the recent past. Would Robert still be there, I wonder – and if so, what would have happened to Kimi Rӓikkӧnen? With Kubica still on board, after all, Lotus would have had neither the need – nor the budget – to sign another top line driver, and Rӓikkӧnen, given that he wanted to come back to F1 after two fruitless years in the WRC, would perhaps have signed for Williams, from whom his first offer came.

Had another scenario come to be, however, Kimi might still have had an offer from Lotus, for around the time of Kubica’s accident the rumours were strong that Ferrari was keen to sign him, to have him alongside Alonso, in place of Felipe Massa. Fernando himself had no objections to the plan – indeed was reportedly enthusiastic about it – and it’s mighty unlikely that Robert would have turned down the offer.

Apart from being friends – Alonso lost no time in going to see Kubica in hospital after the accident – they are in many ways similar, these two. I once asked Robert what he considered the best perk of his job, and his response was immediate: “Driving…” Fernando is very much the same, declining to travel with a huge entourage, fundamentally left cold by ‘bling’.

Just as people say that Alonso is obsessive about the job, thinking constantly about improving the car, improving himself, chivvying the engineers, working, so the same was true of Kubica. “Yes, Robert pushed the team hard,” says Eric Boullier, “because he so much wanted to win. When a driver is totally committed to a team, everyone feels that – and that’s when you get the best out of people.” 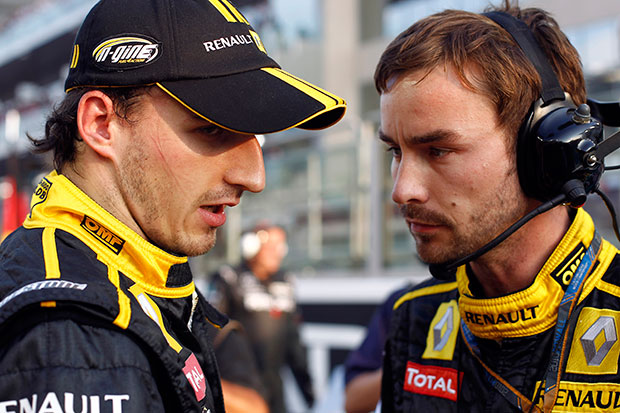 Kubica is a fighter, and that was a quality he needed even to break into big time motor sport. I remember his response when I asked how much support, in his quest to be a racing driver, he had received from Poland, his native land: “None at all…

“I know it sounds a bit hard to say that, but that’s more or less how it was. On the other hand, I’m sure that some of the difficult times I had in the past made me stronger – as a driver and as a person. One thing I absolutely believe is that there are always positive things about a situation which seems negative.” A philosophy which may again serve him well.

By the time he was into his teens, Robert had moved to Italy, where he made his name in top-flight karting. “I think my parents, and others around me, were hoping I might become an F1 driver, but they never created expectations. I used to watch a few F1 races on TV, but I wasn’t really thinking about what might happen in three or four years – I’ve always been someone who doesn’t really think about the future, who concentrates more on today…”

It was in 2006 that Kubica arrived in F1, as BMW’s test driver, and when he occasionally took part in Friday practice, his times were frequently startling. When Jacques Villeneuve complained of headaches after an accident at Hockenheim, Mario Theissen put Robert in the car at the Hungaroring. First time out, he out-qualified team-mate Heidfeld, and Villeneuve’s F1 career was over.

At Monza, in only his third Grand Prix, Kubica qualified sixth, and finished third, beaten only by Schumacher and Rӓikkӧnen. We took due note – as we did at Indianapolis the following year, when Robert had a press conference to discuss the events of the weekend before, in Montreal, where he had had a truly enormous accident.

Essentially he got away unhurt, but the medical advice was that he should skip the race at Indy (which put new BMW reserve driver Vettel into a Grand Prix for the first time). Still he turned up at the Speedway, and impressed us with his droll sense of humour: “The second impact was quite big. I was still travelling at 260kph – so from 260 to zero into the wall was not ideal…” Had he seen the accident on TV? “Yes, but I’d already seen it live – because I was there…” 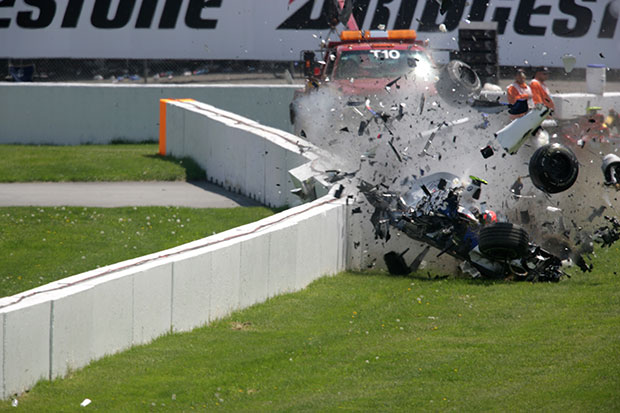 When I talked to him three years later, Robert still recalled every detail of the accident. “I lost consciousness at one point afterwards, but only for a very short time. I think I was very lucky that on the Monday I was able to walk out of the hospital. I think that when something likes this happens – whether you are injured or not – during the time you are away from racing, you are not the same person: you become much more motivated, you are so looking forward to coming back…”

For now, Kubica is driving a Citroën in the European Rally Championship, and blindingly quick he is proving, but as he recently said, “Suddenly what was all my life stopped in one second, and I would give all the money I have to be back in the cockpit of a Formula 1 car. I still hope to come back to where I was – I think everybody would like to see me there…”

So they would. Since Robert’s accident there has been a gap in the very top echelon of Grand Prix drivers, and it would be a tragedy if we were never to see him in an F1 car again. Perhaps that day in the Mercedes simulator was a precursor to something good.