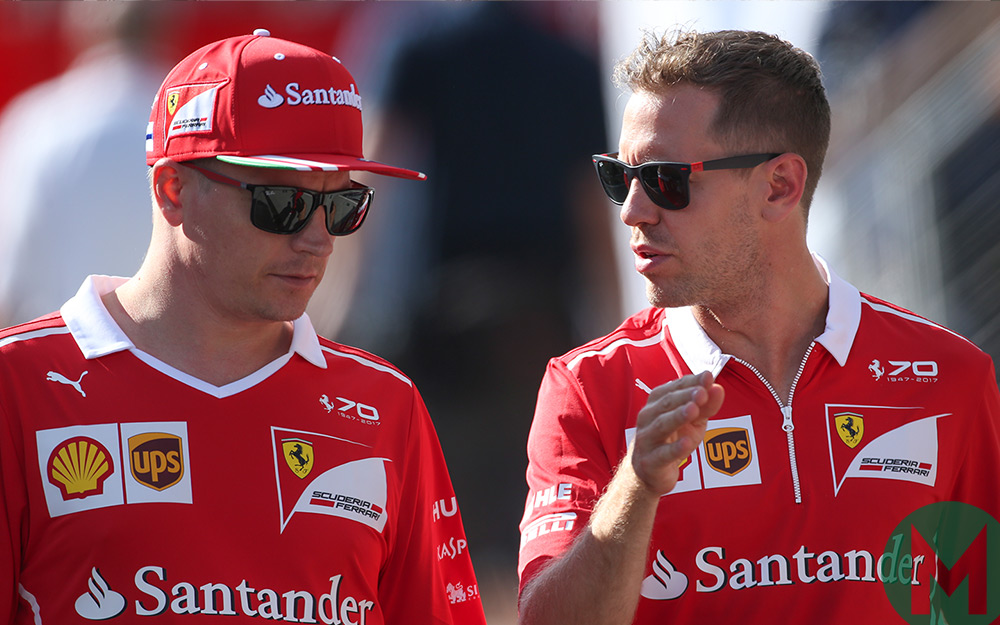 Sebastian Vettel is expected at the Italian Grand Prix to be confirmed as a Ferrari driver into 2018, extending his current contract. It is also widely expected that Kimi Räikkönen will continue as his teammate for another year. There is speculation about how long Vettel’s contract extension will be for, with the German believed to have pushed for a single year rather than the standard three.

Vettel is the key to the 2018 Formula 1 driver market and should he and Ferrari not come to an agreement, then it opens up dramatically. Here are the two scenarios:

If Vettel re-signs with Ferrari

The line-up at the big three teams – Mercedes, Ferrari, Red Bull – would almost certainly remain as is. There has been talk in the Italian press of Ferrari putting F2 leader Charles Leclerc straight into the Scuderia as a Räikkönen replacement. But this would go against all Ferrari tradition. It has not employed an inexperienced driver since the end of 1977 – and even then it was only as a try-out for Gilles Villeneuve before committing to him for ’78.

Regardless of what Vettel’s plans are, there are possible-to-likely line-up changes at:

Nico Hülkenberg begins the second of his three-year contract but the seat currently occupied by Jolyon Palmer is up for grabs for 2018. Contenders are Robert Kubica, Fernando Alonso, Palmer and Renault development and F2 driver Oliver Rowland. Esteban Ocon and Carlos Sainz are well-regarded and have been linked with the team, but are contractually tied-up and would require considerable compensation be paid to their existing employers.

After standing down in Hungary following dizzy spells, Felipe Massa was awaiting further tests to find what the problem might be. Given that he had already ‘retired’ at the end of last year, it would be no surprise to see him do so definitively this time if it is felt that being in the F1 car is aggravating a physical condition. A seemingly ready-made replacement would be Mercedes-backed Pascal Wehrlein. If Massa does not return at Spa in three weeks’ time and reserve driver Paul di Resta continues to stand in, he could drive himself into contention for a 2018 seat.

Fernando Alonso has yet to commit to renewing as his current contract comes to an end. If the team continues its partnership with Honda, he will need a lot of convincing to stay but it’s difficult to see where else he might go instead: would he be convinced that Renault could offer better long term prospects? Or Williams? If he should leave, McLaren could promote its highly rated junior driver Lando Norris, who was very impressive in the recent Budapest F1 test. Stoffel Vandoorne is expected to be retained.

With Ferrari providing up-to-date specification engines and talking of using Sauber as a B-team for its young drivers, there would seem no place there for Mercedes-backed Pascal Wehrlein. Marcus Ericsson can be expected to stay, given his close relationship with the team’s owners. So one of either of Ferrari’s juniors, Antonio Giovinazzi or Charles Leclerc, can be expected to be in the Sauber for ’18. 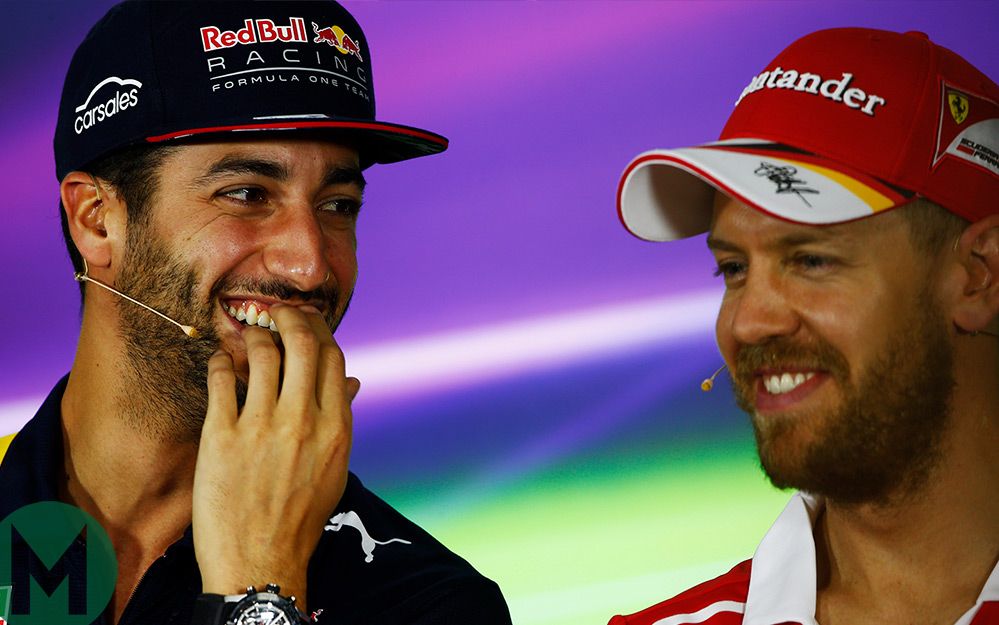 If Vettel does not re-sign with Ferrari

Assuming he doesn’t simply retire, surely the only place Vettel would go if he leaves Ferrari would be Mercedes. There has long been the suggestion that he signed – in 2016 – some sort of option (on his side) with the team for 2018. Hence one of the reasons Valtteri Bottas was signed only for one year. If such an option exists and he takes it up, F1 would get to see a Hamilton-Vettel match-up at Mercedes.

So what would Ferrari do? 1) Retain Räikkönen for continuity. 2) Attempt to sign Daniel Ricciardo who, even though under Red Bull contract until the end of 2018, may have a release clause under certain conditions (Christian Horner denies this). If that is not possible, would the Scuderia go back on its stated position of not being interested in re-signing Alonso? Or would it instead target Max Verstappen or Ricciardo for ’19 and use a 2018 stand-in such as Romain Grosjean?

If Red Bull lost Ricciardo to Ferrari, it has Carlos Sainz waiting in the Toro Rosso wings. It’s unlikely it would recruit from outside its driver programme and as such the chances of Alonso getting in here would remain slim. In the event of Sainz graduating to the big team, Pierre Gasly would get his F1 opportunity with Toro Rosso.

If Mercedes took on Vettel, Bottas would have a ready place back at Williams, even though it would be a backwards career step.

If Ferrari recruited Grosjean as a 2018 stand-in, then for a Grosjean replacement it could supply Haas whichever of Giovinazzi or Leclerc is not at Sauber.

The only thing other than Vettel leaving Ferrari that would transform the driver market would be if Liberty Media agreed that selected teams could run third cars. It is something that has been discussed – though perhaps not for 2018.