After seeing the first handful of new F1 cars it would be fair to say that comparison to the 2020 and ’21 models would make for a challenging game of spot the difference.

This much was to be expected given that, for cost-containment reasons during the pandemic, teams had to continue to use the same chassis design into the new season. Even though that restriction still leaves scope for new bodywork, and the cars have been modified to meet the new narrower floor regulations, visually they are difficult to tell apart from their 2020 counterparts. Yet in the case of the McLaren, AlphaTauri, Alfa Romeo and Red Bull seen so far, virtually every surface has in fact been changed. But the changes are visually subtle – a slightly different angle of ramp to the sidepods here, a sharper cut-in for the rear bodywork there – not so surprising given that they are being worked around each team’s carefully-honed template within prescriptive regulations at a time when there are imposed limits on wind tunnel and CFD usage.

In terms of the differences between the cars of each team, there’s less variation than in, say, in the mid-’70s when a grid might contain a ground effect Lotus 78, a six-wheel Tyrrell P34 and a swoopy-lined Brabham-Alfa. But there’s probably as much visual differentiation now as there was in the mid-‘60s when every car was a subtle variation of the slim cigar-shaped Lotus 25. Without the colours, how easy would it have been in 1953 to differentiate between the cars of Ferrari, Maserati and Gordini?  Were they more distinctive from each other than a current Red Bull and Mercedes? 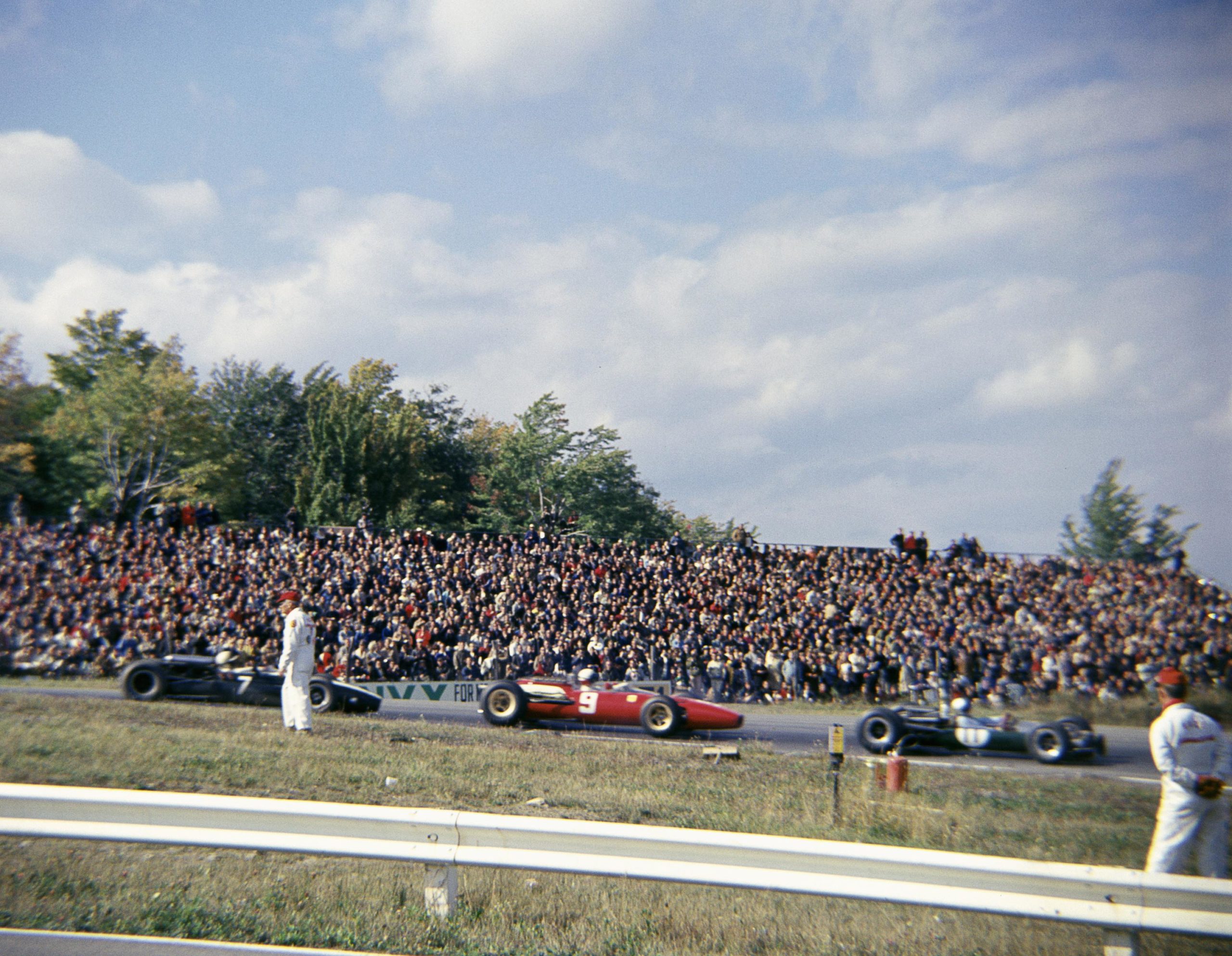 1966 Watkins Glen: identifying the cars wouldn’t be so simple if the image was black and white

The wild aesthetic variation of the mid-70s was really because an aerodynamic revolution was underway and everyone was grappling towards new understanding but with primitive, extremely restricted resources by the standards of today. Huge regulation freedoms, but not enough tools to research how best to take advantage of that – making for many different answers.

There would come to be further variation as the turbo came onto the scene with its very different packaging demands right in the midst of the ongoing aerodynamic revolution. But in between these periodic meteorites of new thought, F1 tended to go through long periods of technical conformity. This became the norm after that mid-70s creative boom made cars that needed to be tamed and the governing body sought to dampen the escalating speeds and also to introduce sorely-needed safety measures. 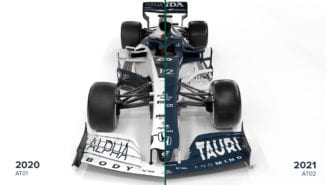 F1 2021 rule changes: what teams aren’t showing us on their new cars

Stability in uncertain times: that was the idea behind the 2021 Formula 1 season following the havoc wreaked last year by Covid. But despite pushing the large-scale car design regulation…

At much the same time this was happening, so the sport was becoming vastly richer and by the late-90s, that combination of tight prescription and huge income made for cars that were optimised around an ever-smaller point. Huge resources and restrictive regulations were the very opposite of 20 years earlier. Finding the optimum became more intricate and although the cars looked much the same as each other, their performance spread became greater. In this more restrictive era, lap time became more sensitive than ever to budget, counter-intuitively. Because finding that optimum within such tight restrictions became very expensive. Hence the field began to divide into haves and have-nots (or the rich and the super-rich) and the scale of performance difference dwarfed that which could be provided by even the most brilliant driver.

For 2022 F1 moves to an even more restrictive set of regulations with the twin aims of increasing wheel-to-wheel combat and reducing the lap time advantage extra budget buys a team. This is probably a higher priority for F1’s business than a formula which might create more visual variation between the cars.

But we are also moving into the era of cost cap. As that cap is further reduced over the years (which is the general plan), it might become feasible once more to open up the technical regulations.

But that will simply present F1 with a new dilemma. If the super-restrictive aero regulations of next year result in great racing and a more bridgeable performance divide between the teams, why would F1 then risk increasing the performance spread and the race-ability of the cars by allowing the imaginations of brilliant technical minds full freedom?

*This year’s Red Bull is in the top left: the absence of last year’s Aston Martin sponsorship is a giveaway