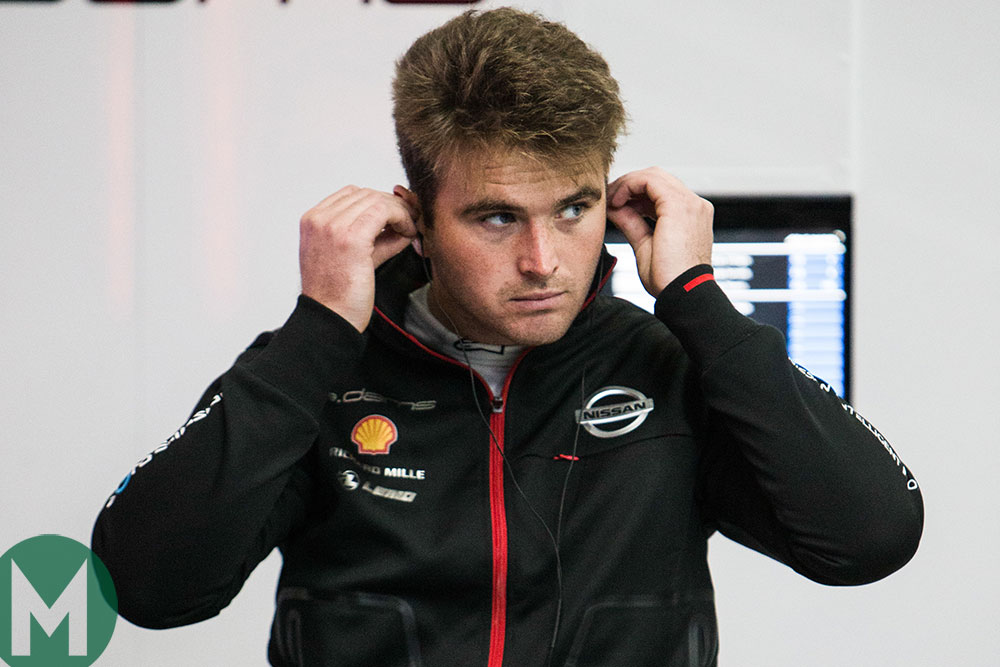 Oliver Rowland will partner Sébastien Buemi for the 2018/19 Formula E season at Nissan. Alex Albon was previously confirmed to drive for Nissan but he split from the team on Tuesday to join Daniil Kvyat at Toro Rosso.

Williams development driver Rowland, 26, finished third in the 2017 Formula 2 championship and made his FE debut as Nick Heidfeld’s replacement in the 2015 Uruguayan round. He also stood in for Toro Rosso-bound Albon at the pre-season FE test.

“The Formula E championship features some of the best drivers in the world,” said Rowland.

“And it’s an honour to be selected by Nissan e.dams to represent it in season five. To be able to work alongside Sébastien is also an incredible opportunity.

“I’m looking forward to challenging myself against the best of the best in Formula E,” he added.

“We’ve been working very hard as Nissan e.dams for half a year now, and I hope all this hard work from the team and from Nissan will pay off.”

The season kicks off on December 15 in Saudi Arabia. Season six (2019/20) will begin in South Korea as FE signed a five-year deal with the city’s event promoter on Friday.