Audi says inexperience may have hurt its chances during the Formula E season finale in Berlin. The team slipped to its worst championship finish since the electric series began in part due to a mid-season driver swap.

“With René Rast making his debut with us in Berlin, it meant effectively at the beginning of the six races we only had one car in the fight, because René was still finding his feet,” wrote Allan McNish in his column from the latest issue of Motor Sport.

“For him, it was like being at the season opener in Riyadh while everyone else was already through the season. I think he did a very good job in the end. In the beginning we only had Lucas di Grassi fighting for points and podiums, and we didn’t expect René to be in that position, it was one of those things we had to accept.” 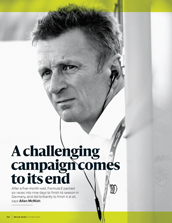 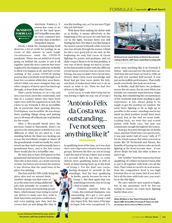 Formula E 2019/20: A challenging campaign comes to its end

Audi opted to drop former driver Daniel Abt after the German allowed professional esports racer Lorenz Hoerzing to drive in his place during Formula E’s online racing series that took place over lockdown.

René Rast took his seat for the final six-race shootout over nine days in Berlin, but his relative lack of experience resulted in a slow start to the event, said McNish.

Audi finished the season sixth in the championship, having reached the podium just three times all year, none of those finishes on the top step.

The team took a dim view of being associated with cheating and elected to replace Abt with Rast ahead of the Berlin showdown but its decision contributed to its drop in form during the 2019/20 season.

Rast was able to build upon his limited time in the car and ended up on the podium in the penultimate race of the season, before a fourth-place finish in the final race ended his season in the points.

“In the final double-header with the different circuit layout everyone was on a more even footing, because we didn’t have circuit data, drivers didn’t have track knowledge and René had got four races under his belt, and kind of understood what not to do as much as what to do,” wrote McNish. 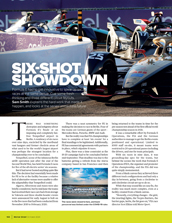 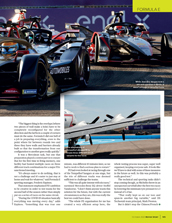 There was something dystopian and zeitgeisty about Formula E’s finale at an imposing and completely fan- free Tempelhof airport in Berlin. A residency of six races over nine days, encircled…

“In Berlin, Audi did have two podiums across the six races. But considering the circumstances of the weekend with René needing to gain experience, it was always going to be tough to get the position we wanted.

“We went there fighting to be as high up as possible in the teams’ standings and in my mind an ideal position would have been second, but in the end we were sixth. Looking back, we were fast and scored points with both cars, but just not consistently enough throughout the season.

“René got 29 points through the six Berlin races, and that I think was a very good score, it was just under half of Lucas’ tally of 77 for the whole season. But when you look at teams like DS Techeetah and Nissan, the benefits of having two drivers who are both fighting at the front become clear – if one driver drops the ball, the other is there to pick it up.”