In the foothills of the Sierra Nevada mountains near the ancient city of Granada in Andalucia lies a challenging motor racing circuit called Guadix.

Owned by former motor trader and amateur racer Clive Greenhalgh, Guadix has become extremely popular with teams and drivers looking for some privacy while they go about their business.

Lewis Hamilton, having conquered karting, chose Guadix for his first outing in a racing car. 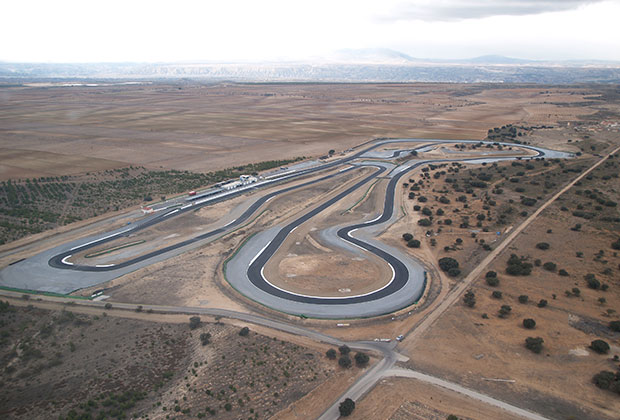 The lap record is held by Leon Haslam on a Honda Superbike. Emerson Fittipaldi’s grandson, having won a Junior NASCAR race at 15 years old, will be testing at Guadix this summer. Last month Michael Schumacher was there to have some fun on his Honda Superbike, as was Alain Prost who was testing Renault’s new Clio RS Turbo, a very hot hatch that will no doubt be better for the attention of the Professor.

Surrounded by snow-capped mountains, and secure in 200 acres of private land, Guadix is Mr Greenhalgh’s fiefdom. Sitting in his control tower above the pits, he runs the track himself with the help of local marshals and paramedics, and is justifiably proud of some very special clients.

“I got to show Alain the lines when he first arrived,” Clive tells me, “and it’s not often you get to don that with a multiple World Champion. He really enjoyed the track, it was damp that day, so he made full use of the Clio’s electronic traction control, and he set aside a bit of time for some photos, signed a few autographs. Michael, as always, was very competitive and the first question he asked me was ‘what is the lap record, who set it, and when?’. I told him it was the MotoGP rider Jonathan Rae but then it was broken by Leon Haslam and stands at 1.12.4 today. He was a bit concerned about the grip on one of the corners, because there was some carbon in the asphalt from a previous problem, but we drove round for a few laps and he was then happy to go pretty quickly on the Honda. He went out in our Lotus Elise when it was wet and a Porsche GT2 took seven laps to get past him… 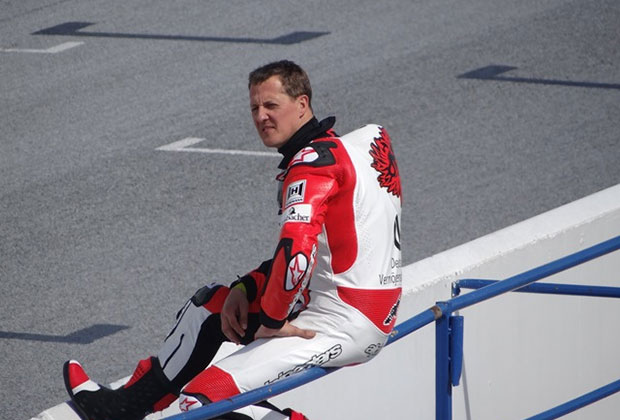 “He came with a group of people from Germany, they flew in to Granada in their own private jet and brought all their food and catering staff from Germany. He was incredibly helpful with photos and when we brought in another bike that we noticed was losing oil he came and thanked me for that. Both Alain and Michael, on different days of course, were very special guests and it was great to watch the way they drove round here.”

Lewis Hamilton came to Guadix fresh from his karting championships to drive his first laps in a Formula Renault.

“Within a couple of laps it was obvious he had sensational ability,” says Clive. “ Guadix is quite technical and you can judge the potential of a driver very quickly. The Red Bull rookies come here, as do the young Mexicans who are being developed by Carlos Slim and his Scuderia Telmex. Pietro Fittipaldi, Emerson’s grandson, was here testing for his first season in Britain, in Formula 4 and BARC Formula Renault, and there is no doubt he is a tip for the future. Pietro is still a teenager but he’s won in Junior NASCAR and you can see he’s already a fantastic driver.”

Clive Greenhalgh is now making plans to sell his circuit so that he can spend more time on his fruit farm and on a Thai restaurant his wife runs near Durcal. 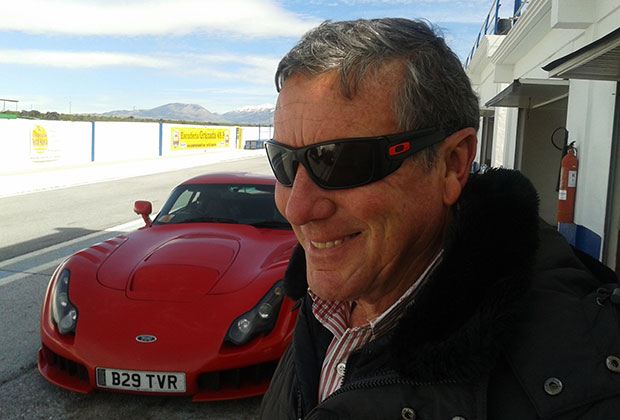 “I bought the circuit for my son Mike to run but he died last year so I’d like to find a collector who may be looking for a private race circuit with space to store his cars and in a very private and beautiful place. Importantly, we have absolutely no noise restrictions here,  and we can run for 24 hours which means we have teams testing for the Le Mans Classic.

Jacques Laffite was here recently in a Porsche and we’ve had teams like Nissan, Aston Martin and Peugeot coming to prepare for night racing. So I’m hopeful that in future the circuit will be home for another enthusiast like me.”

Guadix remains one of the many secrets of Andalucia, a land largely undiscovered by the millions of tourists who prefer to stay by the sea on the Costa del Sol. The motor racing community, however, knows very well the importance of testing away from prying eyes.