Simon Arron recounts how, with the pulling of multiple strings, he helped Perry McCarthy (Top Gear’s former Stig) compete in the penultimate round of the 1989 Formula 3000 Championship­ 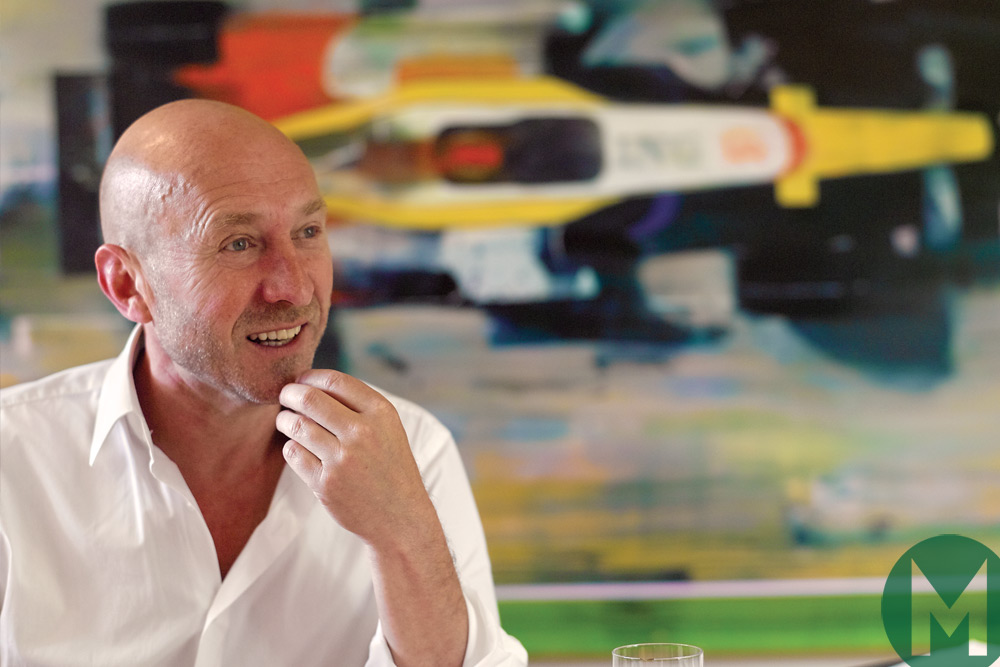 One of the unbridled joys of covering the FIA Formula 3000 Championship was not knowing who or what you might find in the paddock when you arrived.

Few categories, if any, have featured such a volatile driver market. Leading teams tended to be reasonably (though not uniformly) stable, ditto those backed by tobacco companies, but the rest… Drivers would lose one seat after apparently running out of funds, yet almost always reappear in another a fortnight later.

The 1986 season was particularly unpredictable: over the course of 11 rounds, Italians Alessandro Santin and Guido Daccò represented five teams apiece, while Eddie Jordan Racing hired nine drivers in the same period – even the works Lola team rattled through six. By the decade’s end, the FIA had imposed a limit on the maximum number of driver changes per season in a bid to inject some form of order into a series that had always courted instability.

Roger Cowman Racing was typical of the teams that packed the midfield and beyond, a small operation funded largely by passion and last-minute deals. It missed the season-opener at Silverstone, ran Monaco and Macau F3 winner Enrico Bertaggia for three races (without success), switched to Sicilian backmarker Domenico Gitto for the next couple and then did a two-race deal with Perry McCarthy. The future Stig failed to make the cut in Birmingham, but did a fine job at Spa, qualifying 11th and picking his way through to seventh in the wet. In a modern context that would be worth a few points and a front-row start in the following morning’s sprint race, but back then it brought no reward – just the satisfaction of having beaten many rivals with better resources.

McCarthy had virtually no sponsorship when the deal was signed and a whole lot less now, so Roger assumed he’d be looking for a new driver – until the FIA pointed out that he’d used his full allocation. For the penultimate race of the year at Le Mans Bugatti, eight days later, he had no option but to stick with Perry (or else withdraw). A cocktail of enterprise and goodwill conjured enough funds to justify the trip, which is why I received a midweek phone call: “Arron? McCarthy. Are you driving to Le Mans and can I scrounge a lift? I have no other means of getting there…”

At the time I had a B3-series Audi Coupé on long-term loan – large enough for me, two photographers and associated paraphernalia, but a bit of a squash if we added McCarthy plus kitbag. Now it was my turn to court favours: Renault kindly sourced a 25 automatic at (very) short notice and that made life a little easier.

In theory, at least.

Perhaps it was the early-morning haze that masked the post-disembarkation truth, but, on a couple of occasions, I thought I’d noticed a thin trail of vapour in our wake. It wasn’t consistent, though, so I dismissed it as a trick of the imagination… until, low on transmission fluid, the 25 switched to limp-home mode as we approached Amiens. I peeled off, found a Renault garage and, this being France, rather than ‘we’ll have a look three months next Thursday’ Britain, the mechanics were happy to engage in immediate diagnosis.

I explained the urgency of the situation and that one of the passengers (“Yes, I know he’s smoking a cigarette, but he is a racing driver”) was due to compete in an event at Le Mans. They simply could not have been more helpful. Having established that there was no quick fix, they allowed me to use their phone to contact Renault UK and arrange the 25’s repatriation, to call Le Mans race control to request a late sign-on for Monsieur McCarthy and to negotiate a deal that allowed us to hire a car locally but abandon it in Calais on Sunday night. By the time all this was done, we’d collected a serviceable Renault 21, completed the journey south-west and dropped Perry at his hotel, it was nudging midnight.

When first practice began the following morning, 28 of the 29 cars filed along the pit lane. Togged up and ready to go, the exception was standing forlornly by the RCR truck, where his Lola was several feet aloft, trapped on a jammed hydraulic tail-lift. Despite missing much vital track time, McCarthy later managed to qualify at the back before making respectable progress on Sunday afternoon.

It was his final start of the year and, perhaps, the most improbably convoluted 15th place in racing history.