Watch motor sport highlights from the Nürburgring 24 Hours, IndyCar at Road America, and Formula E in Switzerland where a first corner smash blocked the entire track 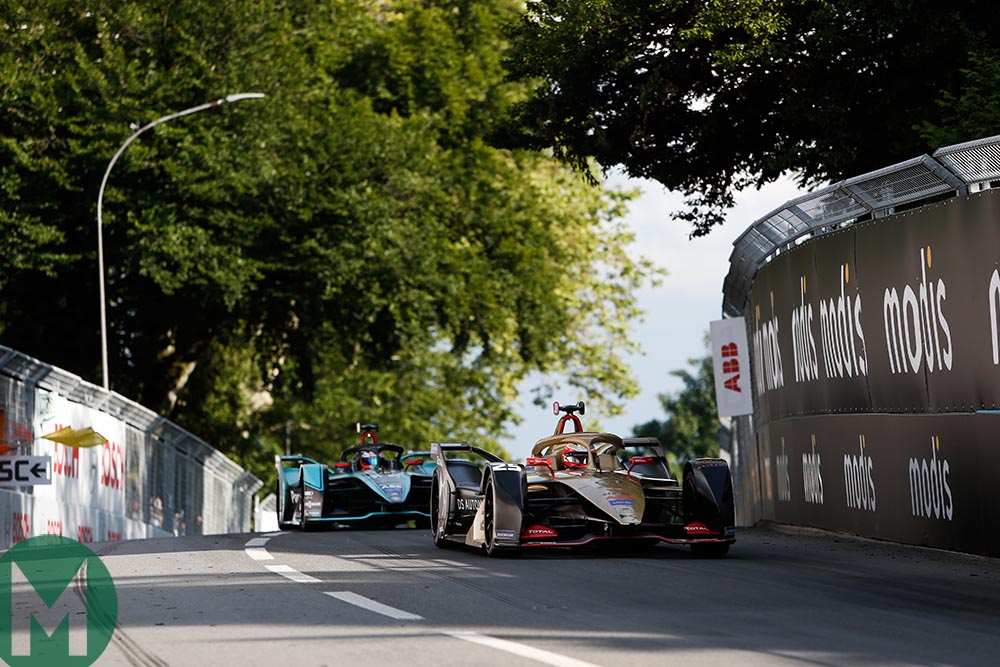 The official seven-and-a-half-minute highlights video is an unsurprisingly fleeting look at last weekend’s 24-hour race at the Nürburgring, offering a glimpse at the varied grid, the tight racing on narrow tarmac and, yes, the shunts. All followed by the elation of the victorious Phoenix Audi team on the podium.

Pole-sitter Jean Eric-Vergne hangs on to the lead to take victory but only just, as he fends off a tenacious Mitch Evans in slippery conditions, closely followed by Sebastien Buemi and André Lotterer. However, all of this was overshadowed by the first-lap, first corner collision, which blocked the track and brought out the red flag.

The official highlights below have edited most of the incident out, but Eurosport have collated a two-minute video immediately underneath.

A dominant win by Alexander Rossi is rarely in doubt, as the Andretti Autosport driver pulls clear of the field by the third lap, leaving behind a tightly-fought battle for the podium places.

Race 2 of the World Touring Car Cup sees Johan Kristoffersson power to his first victory in the championship, over three laps of the Nürburgring Nordschleife, and a dramatic collision between Rob Huff and Gabriele Tarqunini at the Karussell, leaving Huff stranded above the famous banking.