Watch highlights from this year’s dramatic Indy 500 and catch up with the latest races in Formula E and World Rallycross, in the weekend’s motor sport video highlights 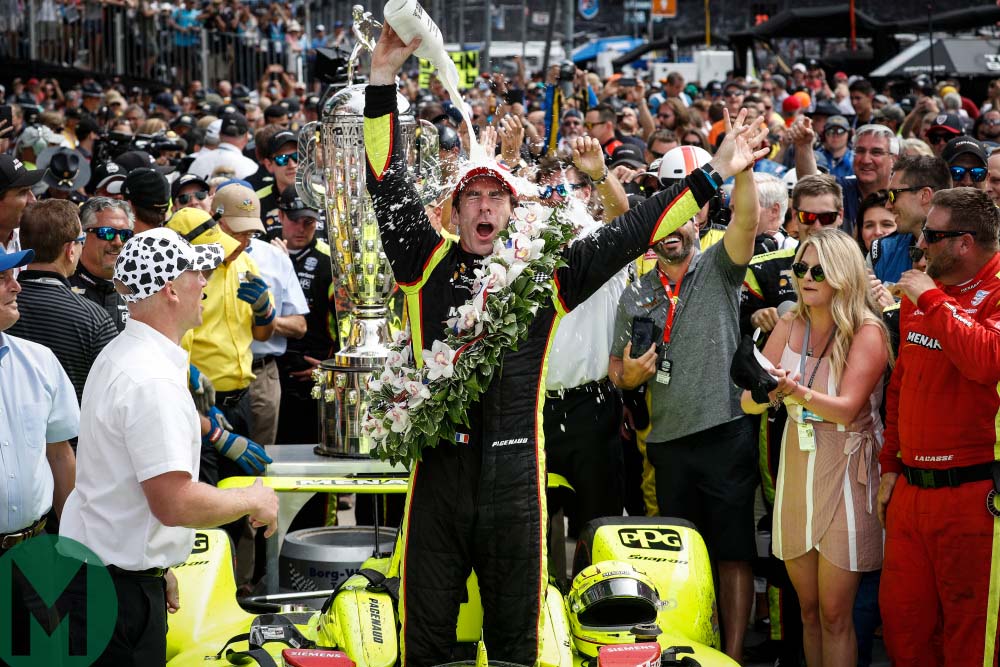 Highlights of this year’s 103rd Indy 500, as Simon Pagenaud and Alexander Rossi take it to the wire in a sensational duel. The pair repeatedly swap the lead as the race enters its final stages before pole-sitter Pagenaud swoops in front on lap 199 out of 200, pursued right to the line by Rossi.

It all comes together for Lucas Di Grassi in Berlin, where he storms into the lead from third on the grid, in front of the atmospheric buildings of the city’s Tempelhof Airport. From then, he’s untouchable, but there’s plenty of action behind. Watch the highlights below or click for the full race.

Timmy Hansen’s victory at Silverstone makes him the first double winner this season, and the championship leader. The Swede has to fight for this win in the final, recovering from a barrier shunt in the first corner to lead in the last lap, defending strongly against Andreas Bakkerud.

Martin Truex has a miserable start to the race — in the wall with a punctured tyre, but recovers in style to take his 22nd career win.

Yuki Tsunoda dominates the field in Hockenheim to secure his first Euroformula Open victory with a lead of over five seconds. The Red Bull Junior starts in second before blasting past pole-sitter Marino Sato.