The announcement of W Series, a racing championship solely for women, has split opinion. This is the view from Alice Powell, 2010 Formula Renault BARC champion 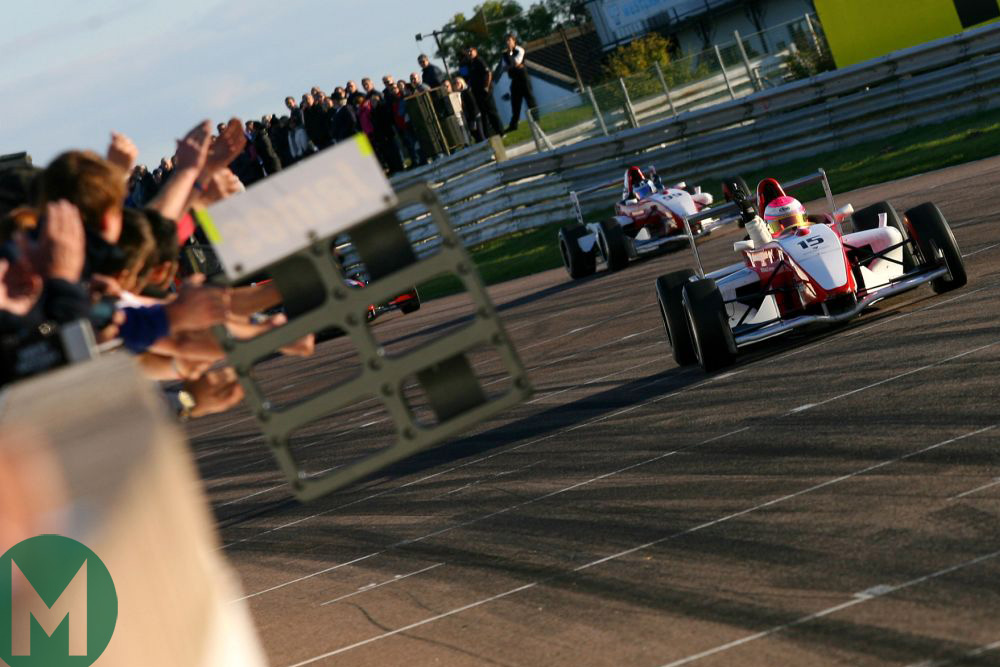 The W Series has talked a lot about opportunity since it was announced, and that is exactly what it would be: an opportunity.

I haven’t been racing since 2014. The only time I have sat in a racing car since then has been for a few shakedowns of five or six laps as a coach. That’s a long time as I try to make a living out of motor sport.

What has struck me most about W Series is that they’re trying to get as many females involved in motor sport as possible, get them racing, and then pick out the best talents.

I’m a very pro that: I work with ‘Dare to be different’, which is focused solely on introducing young women to motor sport, and I do a lot of coaching to help the younger generation come through – male or female.

My coaching means I have spent a lot of time in karting paddocks this year, and, while there are definitely many more than when I started, there are still very few females. I work with one young driver called Ella Stevens and she is already coming up against funding issues. But when she’s old enough to enter W Series, money won’t matter because she will be given a new, funded opportunity to really prove herself.

I see the points being made on both sides but I believe this is an opportunity to get more females into the sport rather than it being ‘segregation’.

But if W Series is successful it will increase the number of females in all paddocks, it will give drivers who have been inspired to go racing something to jump into, get more track time and gain funding.

It hasn’t been backed by Bill Gates – there aren’t billions of pounds behind it. So if they were to run a junior programme instead, as some have said since, it would cost many millions of pounds to get just one driver into Formula 2. I believe the W Series doesn’t have the money to do that. That is why they have had to invent an all-new concept that can be sustainable via commercial sponsorship, thereby support female racing drivers for many years to come.

In time, W Series could help a few women to get into F2 or GTs, and its exposure could generate even more funding for W Series competitors.

Not everyone who wins the championship or moves on to the next step is the best driver on the grid. W Series gives a female the chance to do both – compete and win. All who enter will be trying to do that.

If I was selected to join W Series and I won it, I would use that money to move into GTs, or further up the formula ladder; whatever opportunities that came from winning the series. And those opportunities will come, and they wouldn’t have without W Series.

I’ve only expressed my interest in it, I’m not involved in it now, and I see the points being made on both sides but I believe this is an opportunity to get more females into the sport rather than it being ‘segregation’.

It’s not that women can’t race against men. I’ve won championships and many races in my career, so has Pippa Mann, and drivers like Jamie Chadwick are coming through and also winning races. The key is to give more females more opportunity – this will potentially create 20 drives reserved solely for women.

Adrian Newey, with the world championships he’s won, can pass on a lot of valuable knowledge, as can David Coulthard. And the F3 car is a fantastic one to learn in: powerful, with high downforce and great handling. It will teach vital lessons before drivers move up the ladder.

It’s not necessarily about getting to Formula 1; it’s about giving more women the chance to make a career out of motor sport and be a role model for future racing drivers. W Series can provide the opportunities that have been lacking.

W Series: The case against