Bentley claimed the British GT Championship this year, its first in the UK 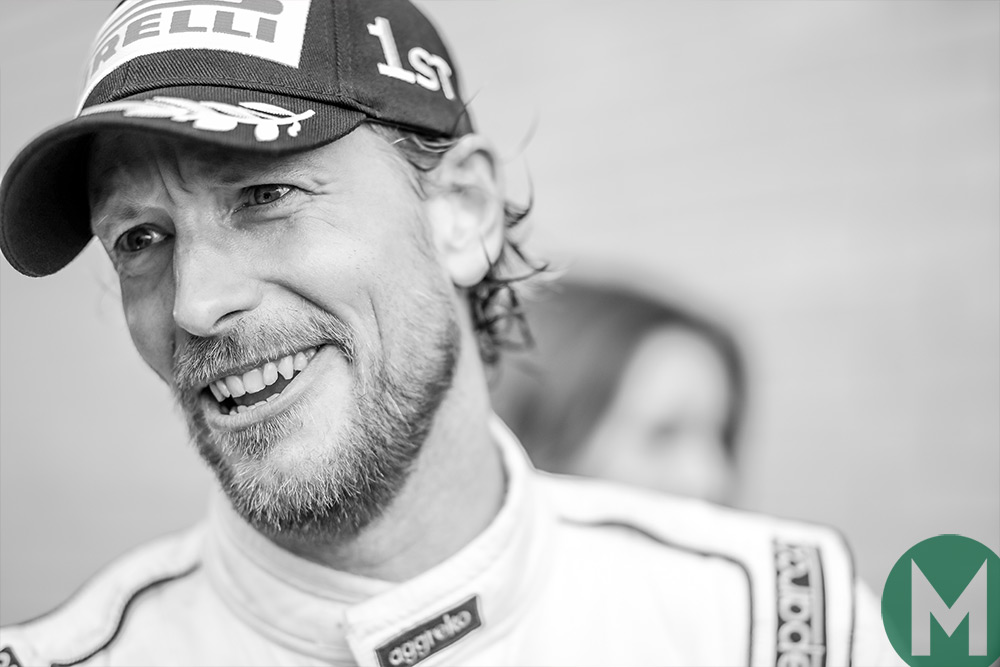 They were made to sweat on it, heading into the final round 10.5 points ahead but hamstrung by a 20sec success penalty for dominating the previous race at Brands Hatch. Only the Lamborghini of Phil Keen and Jon Minshaw, dominant early in the season, could stand in their way, and it was sat alongside the Continental GT3 on the second row of the grid.

Parfitt was cautious through traffic in the opening stint, pitting third behind two runaway Aston Martins. Morris crept back into the top four in a tense second stint, one spot behind reigning champion Keen’s bright Huracan, which had taken advantage of the Bentley’s penalty and was flying. A one-car buffer at least was needed but his chiseling of the gap to second place came up short by barely a second. The new Bentley Boys had done enough.

“You dream of this moment for so along,” an emotional Parfitt Jnr said afterwards, eyes glistening. “From the first time I was in GT5 I never thought I’d even last in that series. In GT4 I remember winning [at Donington] and it was a really emotional moment because it was one of the only races my father came to. We became champions and I remember taking my family into a GT3 pit and going ‘this is a car I’ll never, ever be in’. Now I’m in a Bentley.”

It’s been a difficult 12 months for Parfitt, the death of his father on Christmas Eve still hangs understandably heavy. And Parfitt Jnr himself has been battling an often crippling Crohn’s disease since the age of nine, which has hampered his racing career to date.

“I’ve had some really bad lows with Crohn’s this year,” he says. “I struggled even before the race. But this proves you can absolutely achieve your dreams.”

He joined forces with Morris and Bentley ahead of the 2016 season, swapping the Ginetta stable he’d been so used to for Bentley’s, and it was always a two-year plan for the pairing. Yet this second year almost didn’t happen at all.

“It was so late to the table this season that we just got the sponsorship together weeks before the first race. No one saw us coming that first year and to do so well was great, but we’ve just gelled as a team and become a brilliant pairing. It’s been a happy pit, you know? It is a really amazing team spirit; [team owner] Stuart Parker was just crying. I’m on the verge because I’m remembering my dad when he was here, I had a moment at Silverstone and I’ve had a big moment here but so far I’ve held it together because everyone keeps taking the Mickey out of me for blubbing!”

The magnitude of the win is certainly not lost on him, and he’s now a bona fide Bentley Boy.

“We’ve delivered Bentley its first ever domestic title, that’s something I will always remember. We won the Royal Automobile Club Tourist Trophy at Silverstone, that’s something I’m absolutely always going to remember, I’m the first champion of GT4 and GT3, that’s another; I’ve achieved quite a lot this year. I can’t believe it.”

With a new Continental road car on the way, and a GT3 version surely not far off, it could be the perfect send-off.