The Blancpain series has spent half of May in England, for two very different events 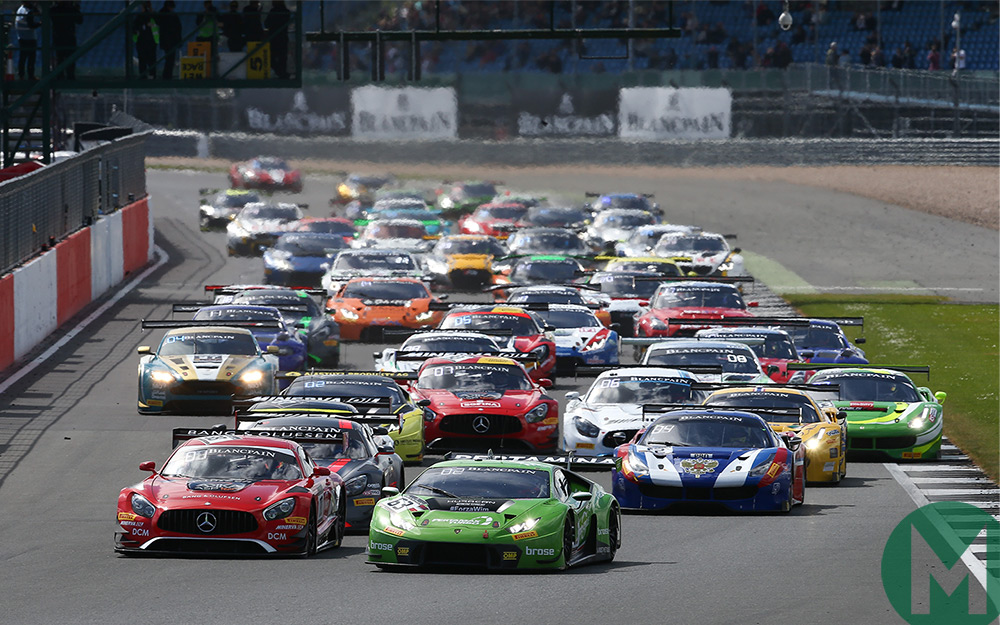 Sports car fans in Britain are treated in the first two months of the season. First the prototype-led FIA World Endurance Championship comes to Silverstone with its European counterpart, the European Le Mans Series, in tow, and then the world’s best GT racers jump on a ferry for back-to-back Blancpain GT events.

The circuits of choice could hardly be more of a contrast. Brands Hatch’s underused (due to noise restrictions) Grand Prix circuit hosted two one-hour sprint races as part of the GT Sprint Series one week; Silverstone’s expansive equivalent held the three-hour Endurance Cup the next. One thing was constant, though: the Lamborghini of Christian Engelhart, Mirko Bortolotti and Andrea Caldarelli being on the top step. The bright Huracán leaves Blighty with three wins from three races, leading throughout both at Brands Hatch and coming out on top of an excellent battle for the Endurance honours.

It’s a tough slog for the teams and drivers, testing at Brands Hatch on the Friday, racing across the weekend, testing at Silverstone on Monday before returning for Friday testing and the weekend’s racing to cap a busy fortnight. There’s little to carry over from each, from a circuit point of view either. The swooping Brands Hatch is close, tricky and unforgiving. Get it wrong and the barrier is waiting to welcome you. Silverstone, meanwhile, forgives most transgressions, most notably at Copse. There, it’s easier to count the cars that remain within the white lines than those that don’t.

Still, Copse as the lights go green – unlike the WEC the Blancpain works out of the ‘heritage pits’ instead of the wildly expensive Wing – is rewarding, despite the stiff unrelenting breeze whipping your face red. Fifty-five GT cars of varying size and sound thundering through is a wall of spectacular noise followed by a wall of heat. And then the short walk down to Maggots and Becketts finds a place of almost constant enjoyment.

That left-right-left complex is the closest Silverstone gets to Brands Hatch, where every corner feels within touching distance. There’s a direct relationship between proximity to a car clipping the apex at terrifying speed and the wonderment: the closer the better. The racing at Brands may have been a bit more processional, but the experience is undeniably more spectacular. 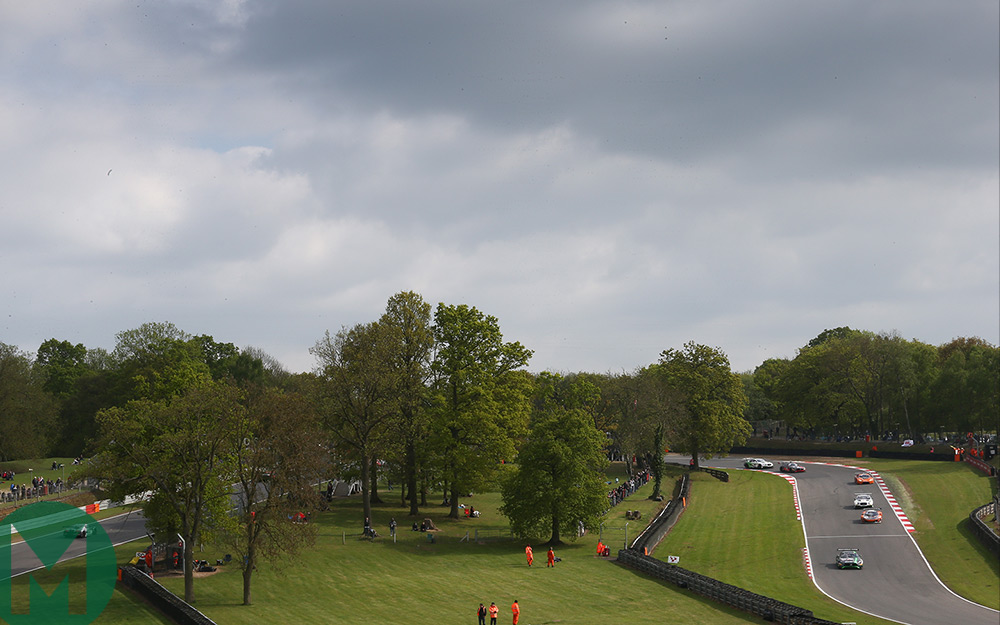 Silverstone’s flaws were more than made up for by the excellent race action, though. The middle stint in particular was impossible to take your eyes off of, as Michael Meadows in the Mercedes AMG GT held off the eventually victorious Huracán for the best part of an hour, and while they battled Jimmy Eriksson in the HTP Mercedes made his own presence felt and became embroiled, then so did the Bentley with a charging and ever-impressive Andy Soucek behind the wheel. It was breathless, and backed up with more close racing throughout the pack – Gustavo Yacaman being a particularly good cork in an eight-car bottle further back.

Once the pit stops had shaken themselves out the Huracán emerged in front and held on, just, from the two Mercedes. Back markers meddled, and denied a last-lap lunge, but nonetheless it was a superb advert for the current GT scene.

The field is as strong as they come with Le Mans winners past and future among its 150 or so names. Marcel Fässler and Benoît Tréluyer find themselves in the championship post-dieselgate, Stephane Ortelli is still active too. Oliver Jarvis and Guy Smith are among the Bentleys, and Ferrari is fielding its works racers across the grid in James Calado, Giancarlo Fisichella, Alessandro Pier Guidi and Davide Rigon. The regulars more than hold their own, as the results show.

And now UK sports car fans will have to rely solely on British GT for their live fix, which itself is near to its best.

They haven’t had it so good in years.