Not many have driven both the Aston Martin GTE and its American rival, the Corvette. This year Dickie Meaden did exactly that. He takes you behind the wheel of the two old foes 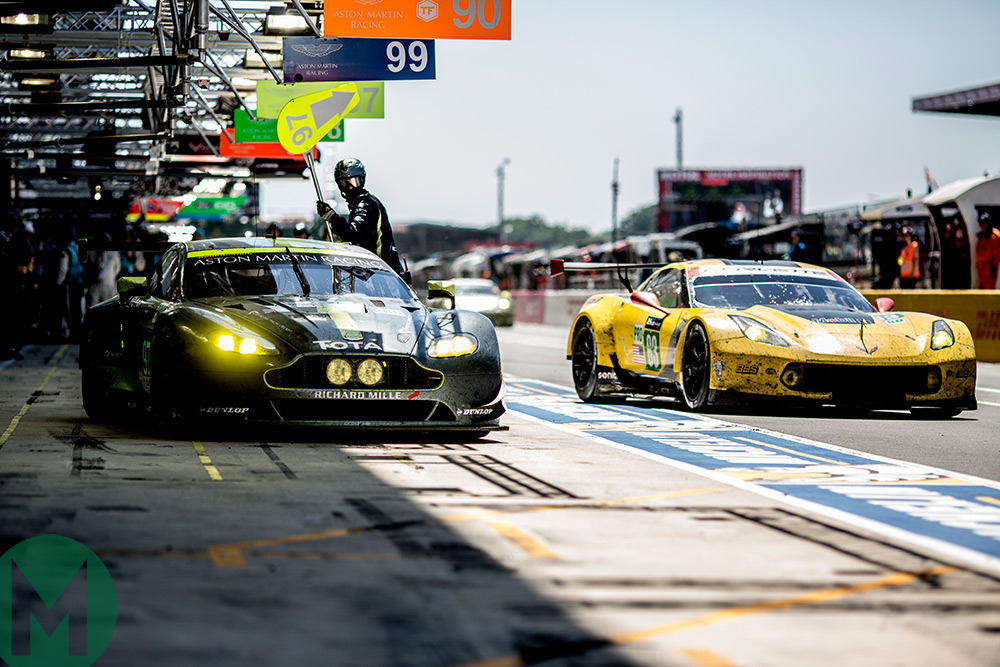 The dramatic closing laps of this year’s Le Mans 24 Hours feel like they took place an awfully long time ago, especially now we’re staring down the barrel of the Christmas holidays. Yet they sprang to the forefront of my mind a few weeks back, when I found myself in the fortunate position of racing a Corvette C7-R at the Classic Daytona 24.

Why the sudden flashbacks? Well, much earlier in the year I tested the Aston Martin Racing V8 Vantage GTE – mortal enemy of the Pratt & Miller Corvette and the last lap winner of that breathless wheel-to-wheel battle at Le Mans.

I’m not certain, but off the top of my head, I can’t think of anyone else who’s been jammy enough to experience both of these contemporary GT rivals. And, while I‘m well aware of my limitations as a driver and the fact I didn’t experience the cars on the same and the same track, I still couldn’t help but think about how the pair compare.

The basic similarities are striking: both front-mid-engined; both large capacity, naturally-aspirated V8s; both rear-wheel drive; both built by crack factory-backed concerns with 24-carat credentials. Of the pair it’s the Corvette which looks closest to its road car sibling, though this is largely due to the aero revamp that the Vantage had a few seasons back.

Each has knee-knockingly fabulous paddock presence.

In terms of driving environments, both position you ultra-low in (what looks from the outside) like a confined and claustrophobic cockpit but, it proves absolutely fine once you’re in. Basic operation of the cars is very similar, with all major controls handled via the array of steering wheel switches. Duplicates and secondary controls are also found on the centre consoles. Both teams follow a protocol of killing and starting the motor with first gear engaged, and pit limiters are latched and de-latched with a push of a button, so it’s all pretty simple stuff. Even the clutches aren’t too fierce, so you just ease smoothly away from your mark.

Driving for a media test and being given a car to race are very different opportunities. Bizarrely the media tests are always more nerve-wracking because you’re only there to get a taste of the car. Racing is racing, so your head’s in a different place. Unlike my race drive in the C7-R, my run in the Aston was the former, held at AMR’s winter test at Portimão in the Algarve. Two more different tracks you couldn’t wish to drive, but memories from both circuits – and cars – are vivid.

The Aston feels sharpest and most urgent, both in terms of chassis and engine response. You’re a slave to the shift lights in any modern paddle-shift car, but the Aston V8 really does like and need to rev hard. The Corvette motor is more of a thumper: smooth and supremely muscular, but offering a more solid plateau of shove. It feels the most artificially restricted, which is perhaps no surprise given its considerable capacity advantage. 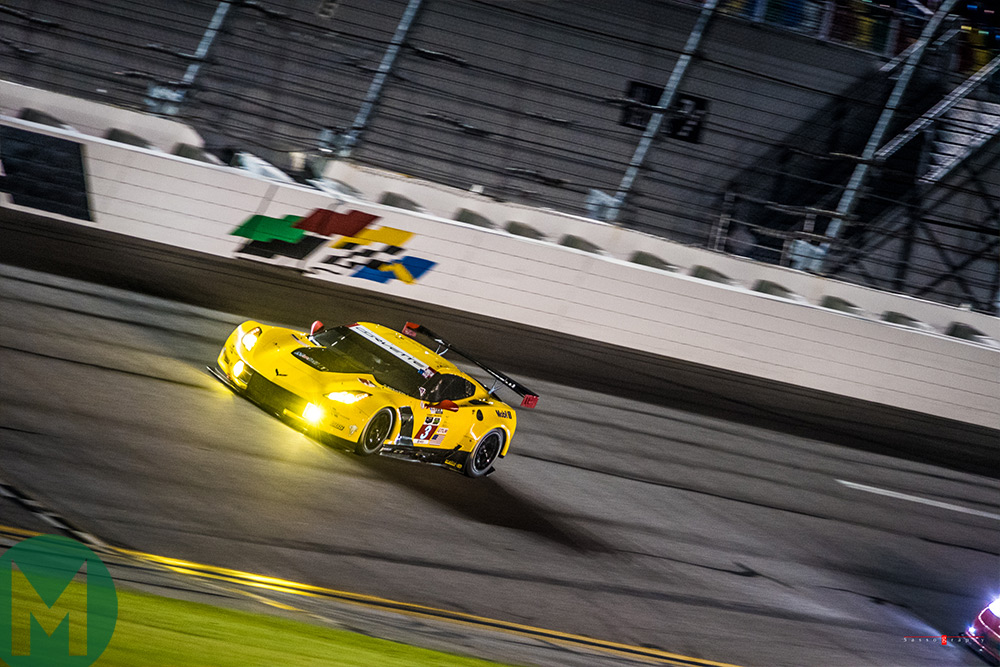 Without knowing the specifics of how each car was set up it’s impossible to be definitive on how the car’s handling compares, but I know the Corvette is running Pratt & Miller’s base Daytona race set-up, so the main difference is the spec of Michelin slick – we weren’t running on the ‘confidential‘ tyre offered to works teams. Likewise the Vantage was being tested by regular factory drivers at Portimão, so the Dunlop tyres and chassis set-up would have been appropriate.

Both are mighty on the brakes. The Corvette occasionally locks a wheel down into Turn 1, but according to Oliver Gavin this is typical if you squeeze too hard and too deep into this notoriously awkward corner. I never feel like I’m close to locking-up in the Aston, but maybe I’m not trying quite so hard.

Balance-wise the Corvette is the more neutral, though it doesn’t make initial direction changes as rapidly. The Aston feels very much on its nose, which takes calm hands to exploit. Perhaps because of this the Aston feels like it has less traction, or rather it leans more readily into its traction control systems. The Corvette punches more cleanly from apex to exit. It’s the calmer and more consistent car to drive, at least in non-professional hands.

What’s noticeable in the Corvette (thanks to unbroken spells of 40 minutes in the car) is how different the car feels as the tyres pass their best. For a while it feels invincible, then you notice the traction control cuts in a little. With each slip and slide the tyres degrade, which puts more pressure on your driving. And all the while the lap time ebbs away. It’s a lesson in what the pros have to deal with – how consistent they must be, and how disciplined their driving needs to be in order to preserve the tyres across a stint.

Looking back to that epic duel at this year’s Le Mans I’ve got even more respect for Jonny Adam and Jordan Taylor. The pressure must have been immense – especially for Taylor being hunted mercilessly by Adam, who was clearly in win-or-bust mode.

Of course we know the outcome from Le Mans, but the fact that the pair was so close after all but a handful of laps of a 24 hour race show how evenly matched they are, despite feeling quite different to drive. It’ll be fascinating to see how Aston’s all-new turbocharged Vantage GTE compares next season.

Related: What it’s like firing a T70 around Daytona