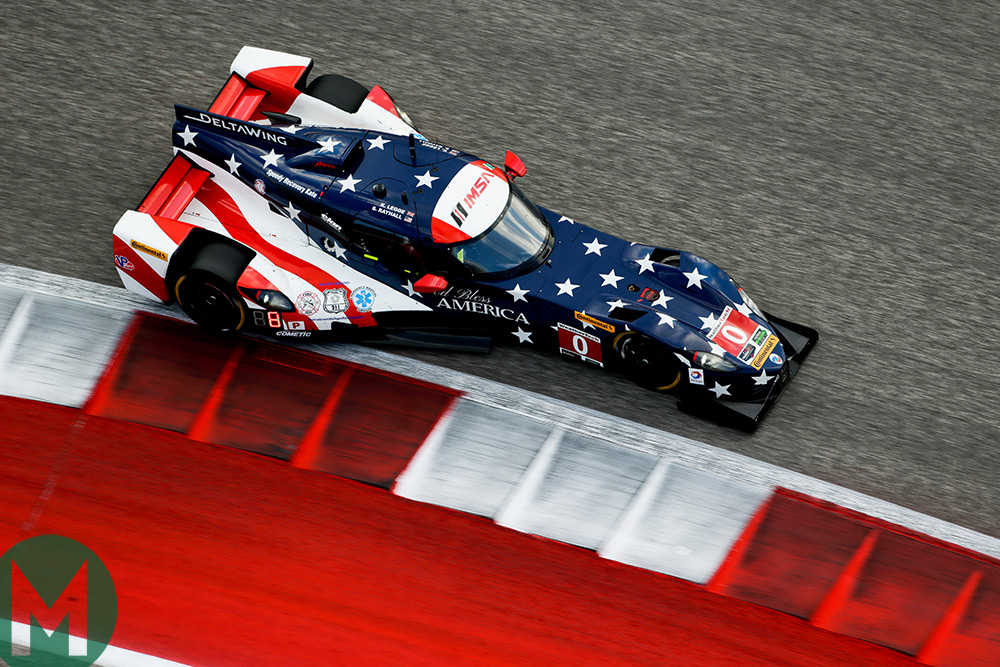 Though Panoz is known for produced V8-powered endurance machines, the DeltaWing was a departure from its usual offerings. It was first developed by Chip Ganassi Racing technical director Ben Bowlby in 2010 as a successor to the previous IndyCar chassis, which will now be replaced by a new spec-package from Dallara for the 2018 season onwards.

The DeltaWing made its race debut at the 2012 Le Mans 24 Hours with previous partners Nissan, but after contact with a Toyota LMP1 car six hours into the race, it retired. It made numerous attempts to compete in the P1 class of the American Le Mans Series and IMSA with Panoz, with its final race coming at Road Atlanta in September 2016. DeltaWing intends to develop its rear-engined prototype into GT and road variants.

The four-cylinder, turbocharged engine produces 350hp and the car itself weighs 615kg without fuel or driver.

The Panoz-built prototype is being sold with spares available and track support from the DeltaWing Racing team for one event. This particular chassis – no1 – competed in the P1 class in the ALMS and the P2 class in IMSA; it made its debut at the 2013 Lone Star Le Mans at Circuit of the Americas. Chassis no3 is currently being housed in Georgia, USA at the Panoz Museum. The price is $375,000 or £285,000.

Chassis no2 was destroyed at the 2016 Daytona 24 Hours having been crashed by Andy Meyrick.